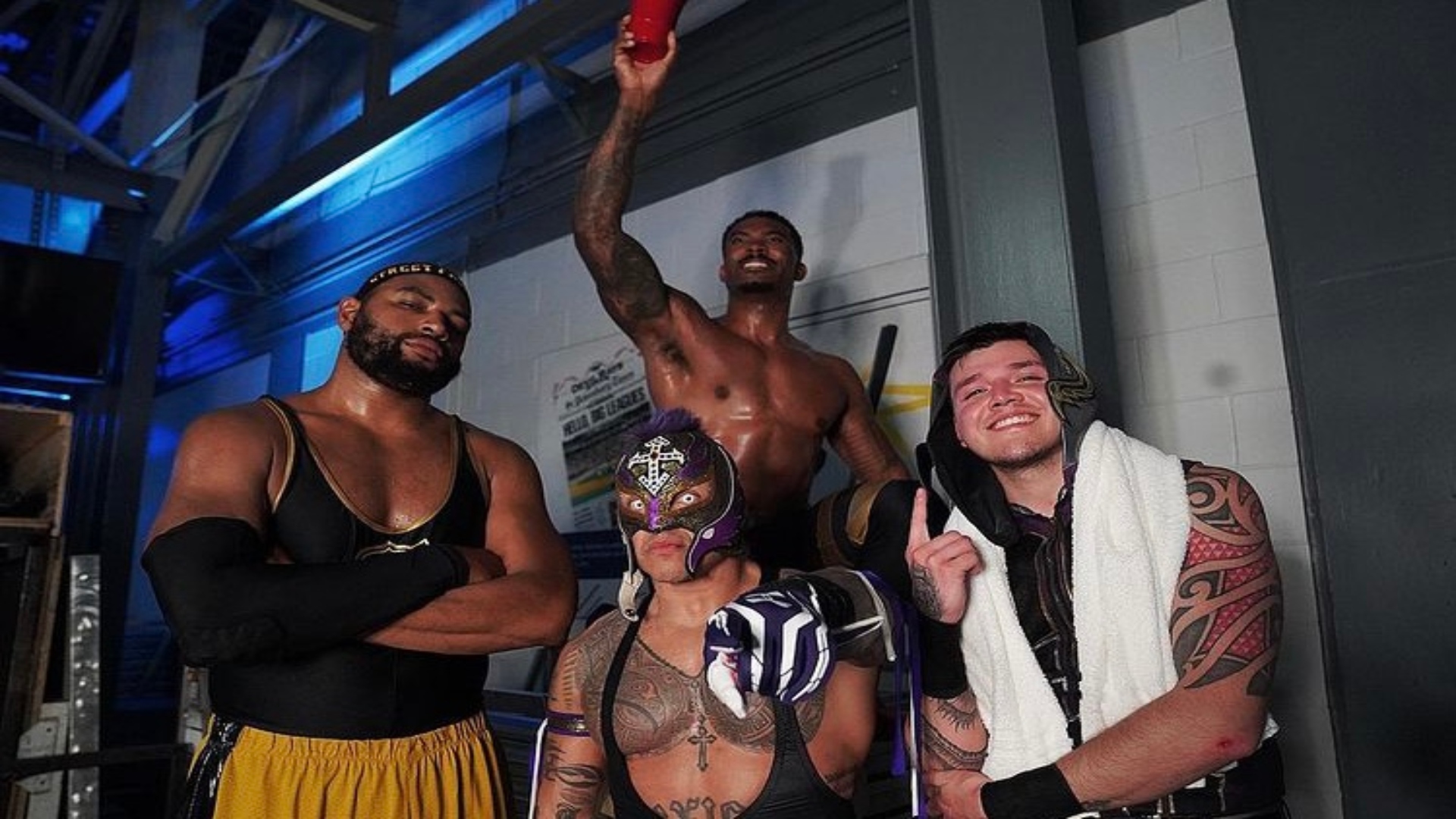 Rey Mysterio and Dominik Mysterio team up with The Street Profits to get the victory. (PHOTO: WWE)
WWE Event Review

WWE held the episode 1125 of Friday Night SmackDown at the Tropicana Field in St. Petersburg, Florida, in whose show Rey Mysterio, Dominik Mysterio & The Street Profits defeated the WWE SmackDown Tag Team Champions Dolph Ziggler, Bobby Roode, Chad Gable & Otis in a 8-Man Tag Team Match. A combined attack in which Rey applied a 619 and Montez Ford a Frog Splash over Bobby Roode was the formula for the baby faces team to obtain the victory.

In the final segment of the show, the WWE Championship contract signing between Roman Reings and Daniel Bryan took place, having a surprising intervention from Edge.