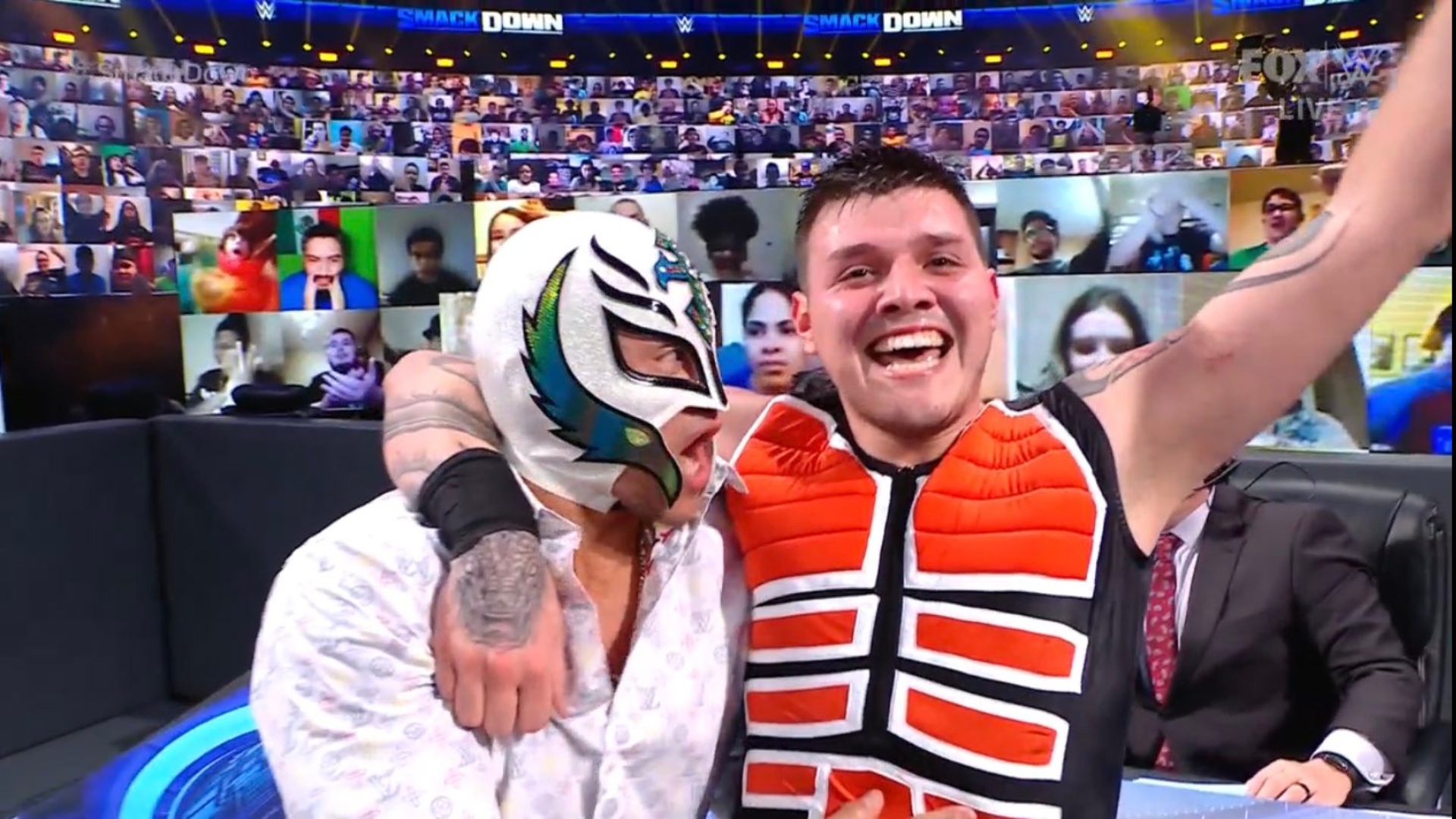 WWE held the episode 1120 of Friday Night SmackDown at the Tropicana Field in St. Petersburg, Florida, in whose show after two consecutive weeks of defeats Dominik Mysterio defeated King Corbin in a Single Match. Dominik got the victory with the help of Rey Mysterio.