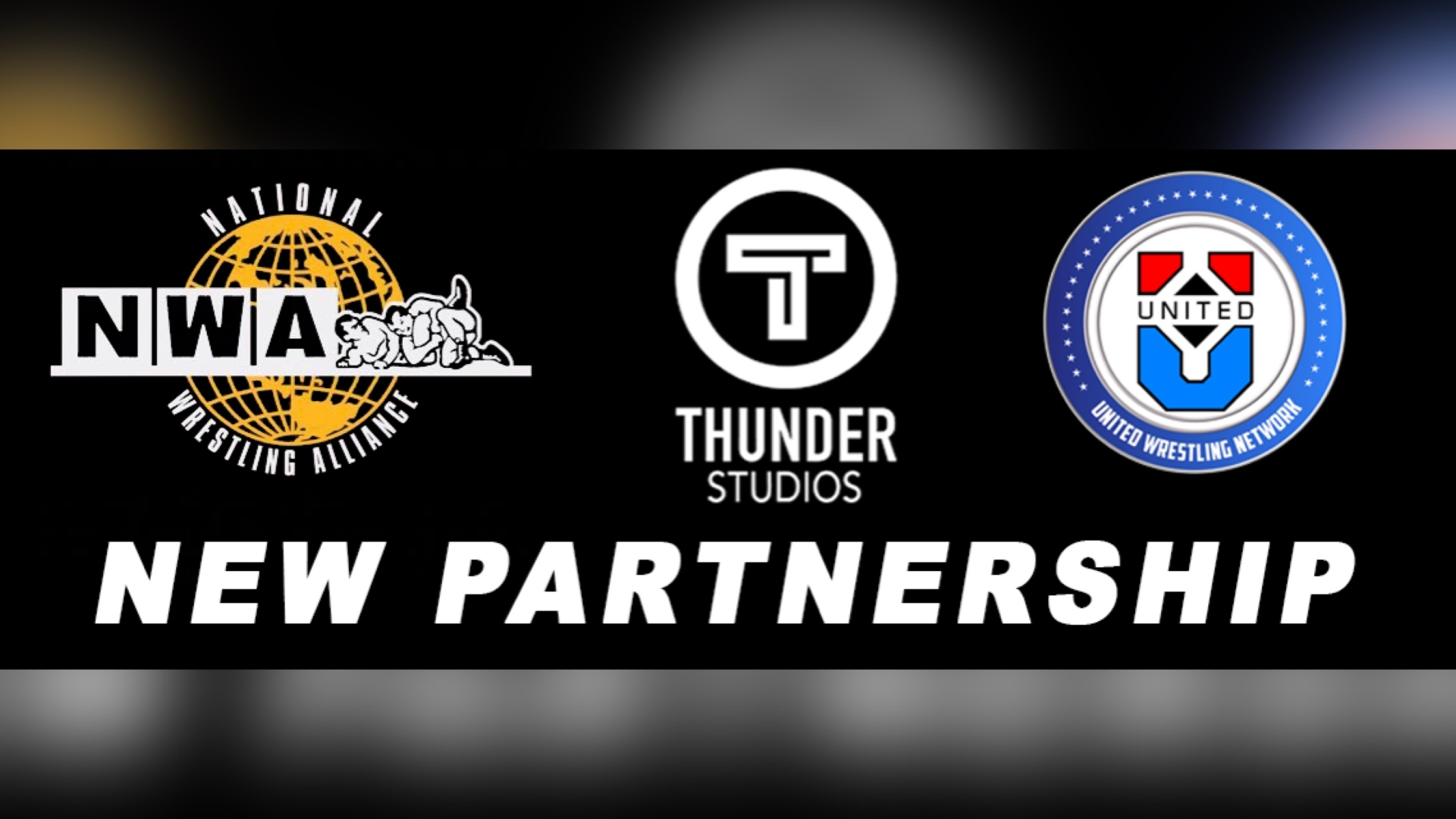 Wrestling Returns To Weekly PPV With UWN & The NWA

Hollywood, CA (August 10, 2020) – United Wrestling Network (UWN), National Wrestling Alliance (NWA) and Thunder Studios today announced that they will partner to launch an all-new, live weekly professional wrestling pay-per-view series on national cable / satellite television and streaming on FITE. “United Wrestling Network’s Primetime LIVE” is set to be 90-minutes of hard-hitting, can’t miss action, premiering Tuesday Sept. 15 at 9 P.M. EST and will originate LIVE from Thunder’s Long Beach Studios. This unprecedented new series will be a grand showcase of acclaimed talent and competitors from all regions and different promotions across the globe in their quest to settle real-life feuds and attain championship glory – with an emphasis on the NWA and UWN Championships. Each week on UWN: Primetime LIVE anything can happen, in the ring and behind-the-scenes.

“I’m pleased that we are finally able to announce some good news, and in partnering with United Wrestling Network we’ll be able to get back to work with what promises to be top-tier matchups, and soon. It goes without saying that 2020 has been a challenging year for everyone, and our goal in re-establishing in-ring NWA action was to make sure that our talent would be protected working within the now established safety protocols, as well as delivering consistent, high quality content like our vaunted shows NWA POWERRR, and ‘Ten Pounds of Gold’. But this will be more than just a weekly, live PPV broadcast, as we plan on shooting additional content for the NWA YouTube channel and our Patreon subscribers. My goal here is simple: to provide the best contests possible with the greatest talent available, carrying on the great legacy of the National Wrestling Alliance as an independent governing body. And in that we hope to feature at least one championship match on every live broadcast”, states NWA Owner, William Patrick Corgan.

“To me, ‘UWN: Primetime LIVE’ is a pro wrestling fan’s dream come true. I’ve always wanted to produce a joint program that would feature the baddest and best pro wrestlers from different promotions on the same broadcast. This fan first way of thinking should allow us to present match-ups that you might not normally ever see on weekly television. There may be a time when you see someone from Championship Wrestling from Hollywood go against someone from Chicago’s Freelance Wrestling, or even wrestlers out of the NJPW L.A. Dojo versus West Coast Pro Wrestling. A major goal we have is to take newer up-and-coming athletes and present them in a way that hasn’t been done on a nationally televised show before. With this incredible new platform and opportunity to let the greatest talent shine on a worldwide stage, we are poised to create new superstars! Factor in the NWA Champions and the stars of NWA POWERRR and beyond, all converging for some of the most exciting programming possible. In my 30 years in both television production and promoting wrestling, this project will be the biggest of my career.” said UWN: Primetime LIVE Executive Producer David Marquez.

The health and safety of our athletes, cast, staff and crew are extremely important to us and we’ll be following Thunder Studio’s COVID-19 protocol. Every member of this production will undergo testing, temperature checks and all other local and national medical requirements. UWN: Primetime LIVE will utilize Thunder’s Zoning System identifying parts of the studio where we are authorized to enter. We will also have an onsite physician to supervise all testing. To learn more about Thunder Studio’s COVID-19 protocols please visit http://www.thunderstudios.com/news/thunder-studios-covid-19-safe-ready-open-

This broadcast will be available in Spanish. In the coming weeks we will have more information available including the matchmaking and the levels and methods to purchasing this new series. For more information on the National Wrestling Alliance please visit NationalWrestlingAlliance.Com and follow them @NWA. United Wrestling Network information can be found at UnitedWrestlingTV.Com and @unitedwrestling or @CWFHollywood.