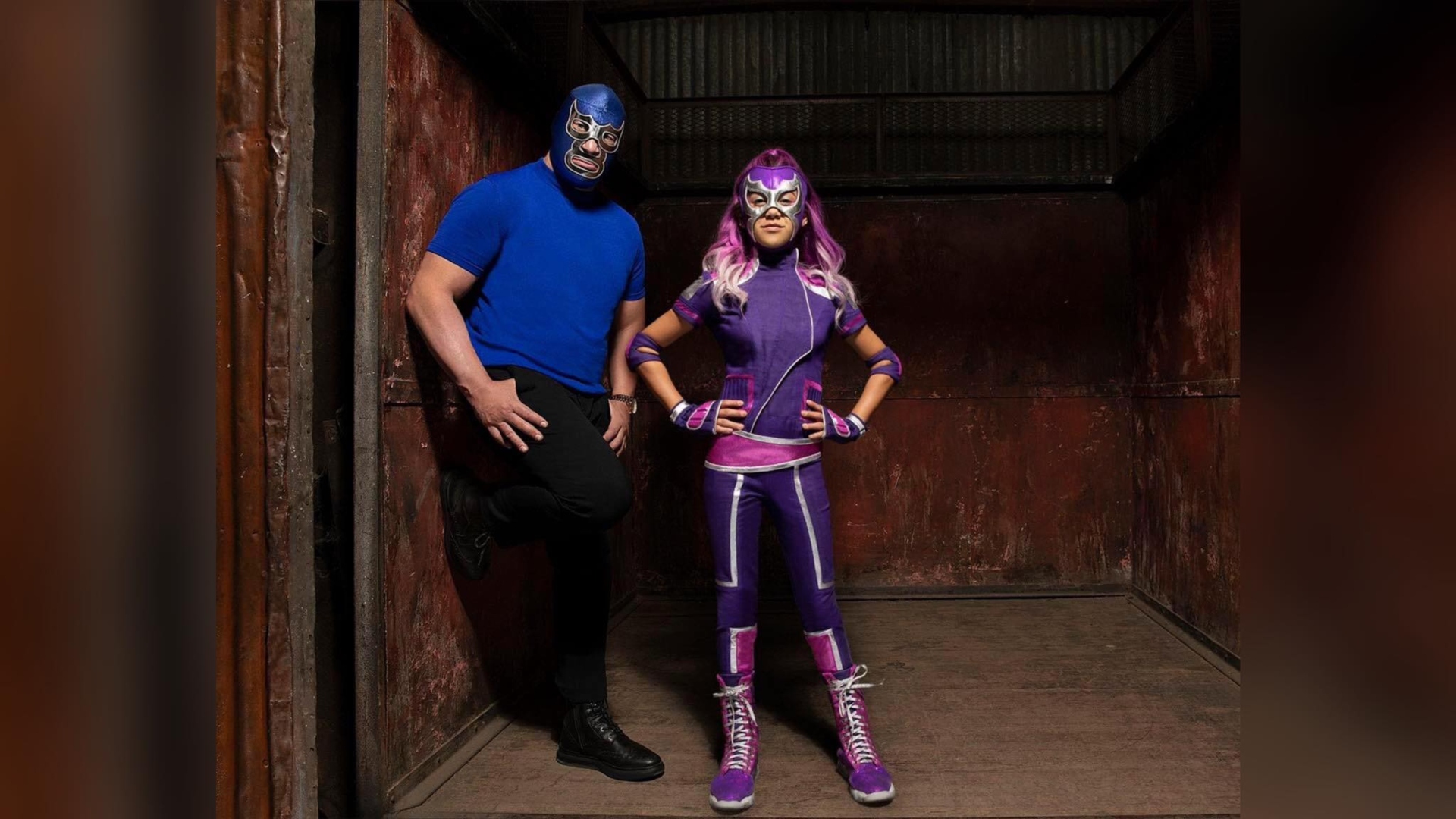 That Blue Demon Jr. knows how to keep busy doesn’t he? He remains a headlining luchador for Lucha Libre AAA, he has recently announced his intentions to run for mayor of the Gustavo A. Madero District in Mexico City and in between all of that he’s decided he will also be a TV star. As reported earlier by Deadline, the show Ultra Violet & Blue Demon has been greenlight by Disney Channel, meaning the show will in fact be happening. In addition to Demon playing himself, the show will star Scarlett Estevez, best known for playing Beatrice “Trixie” Espinoza in the Netflix show Lucifer (based off the DC Comics character of the same name) as a 13 year old Ultra Violet, Demon’s niece and a budding superhero. Marianna Burelli, Juan Alfonso, Brandon Rossel, Zelia Ankrum and Brian Blanco round out the largely Latino cast.

The series, initially announced a year ago as a cast contingent pilot, will see Ultra Violet train in secret with her uncle Blue Demon to fight crime, while also juggling life as a teenager, with Demon also learning to adapt to his niece’s more modern style. Demon will co-executive produce the show alongside Dan Carillo Levy and Eugenio Villamar of the production studio Moxie 88 and writers Benji Samit and Dan Hernandez, the writing team best known for writing the box office hit Pokemon: Detective Pikachu. Hernandez and Samit also co-wrote the Ultra Violet & Blue Demon pilot, which has since been directed by Uruguayan director Alejandro Damiani, best known for directing the short film M.A.M.O.N. (Monitor Against Mexicans Over Nationwide) and for his work as visual effects supervisor on films such as The Girl in the Spider’s Web (2018).