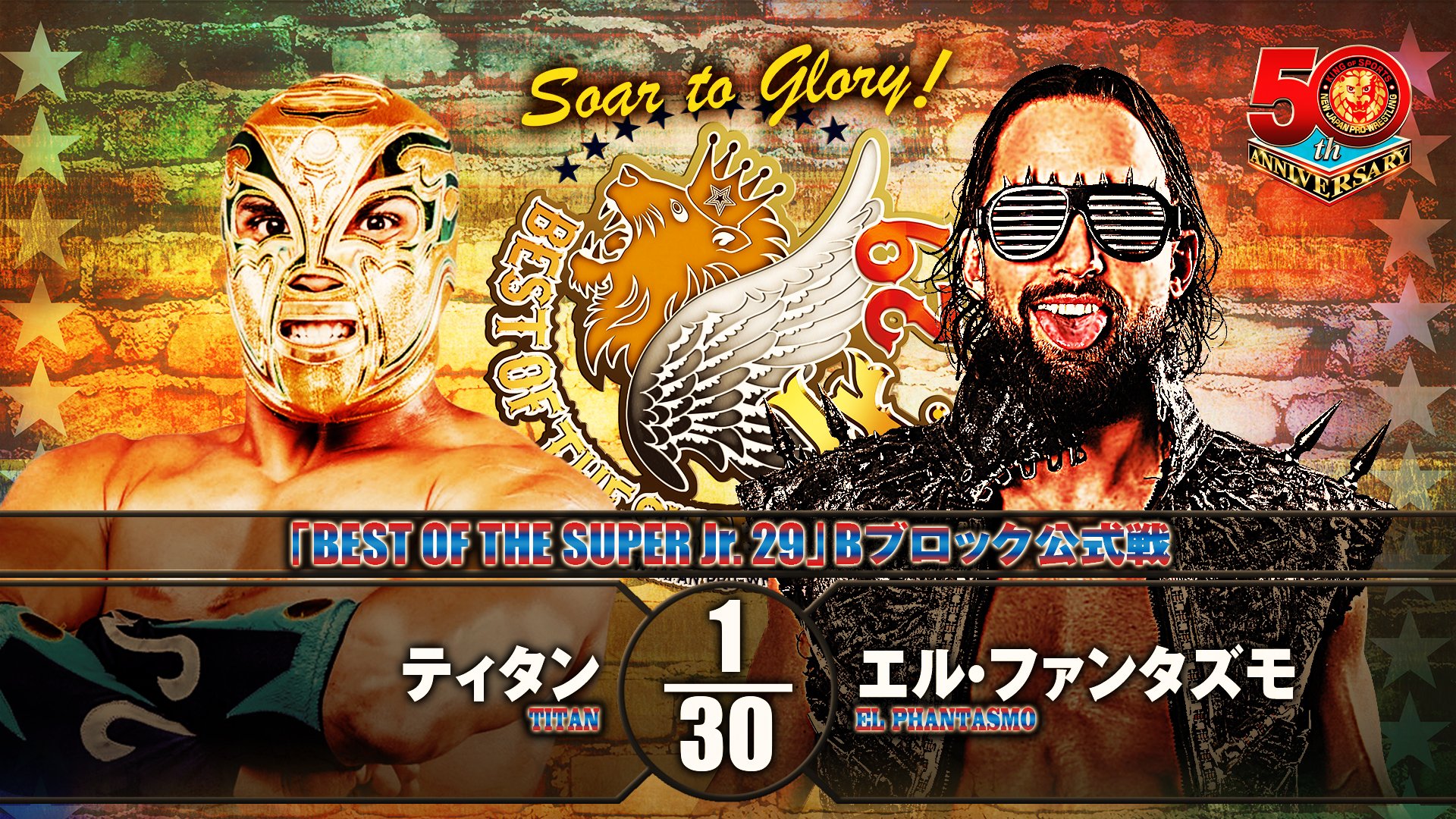 CMLL representative Titan was defeated by El Phantasmo in a match corresponding to tag 6 of the Best of Super Jr. 29, this being his third consecutive loss in the tournament.

Once again, Titan used the best of his arsenal, but his rival got the power moves. The Phantasmo controversially won the victory by stripping Titan of his mask which prevented him from concentrating on combat and this was used by ELP to apply a painful Sudden Death kick and a CRII.

After this result, El Phantasmo is in 2nd place in the standings with 6 points, while Titan is in last place with zero points. Titan‘s next opponent in the tournament will be TJ Perkins, who only has 2 points after defeating Master Wato on the first date of the tournament.

RELATED NOTE: New defeat for Titan in the Best of Super Junior 29