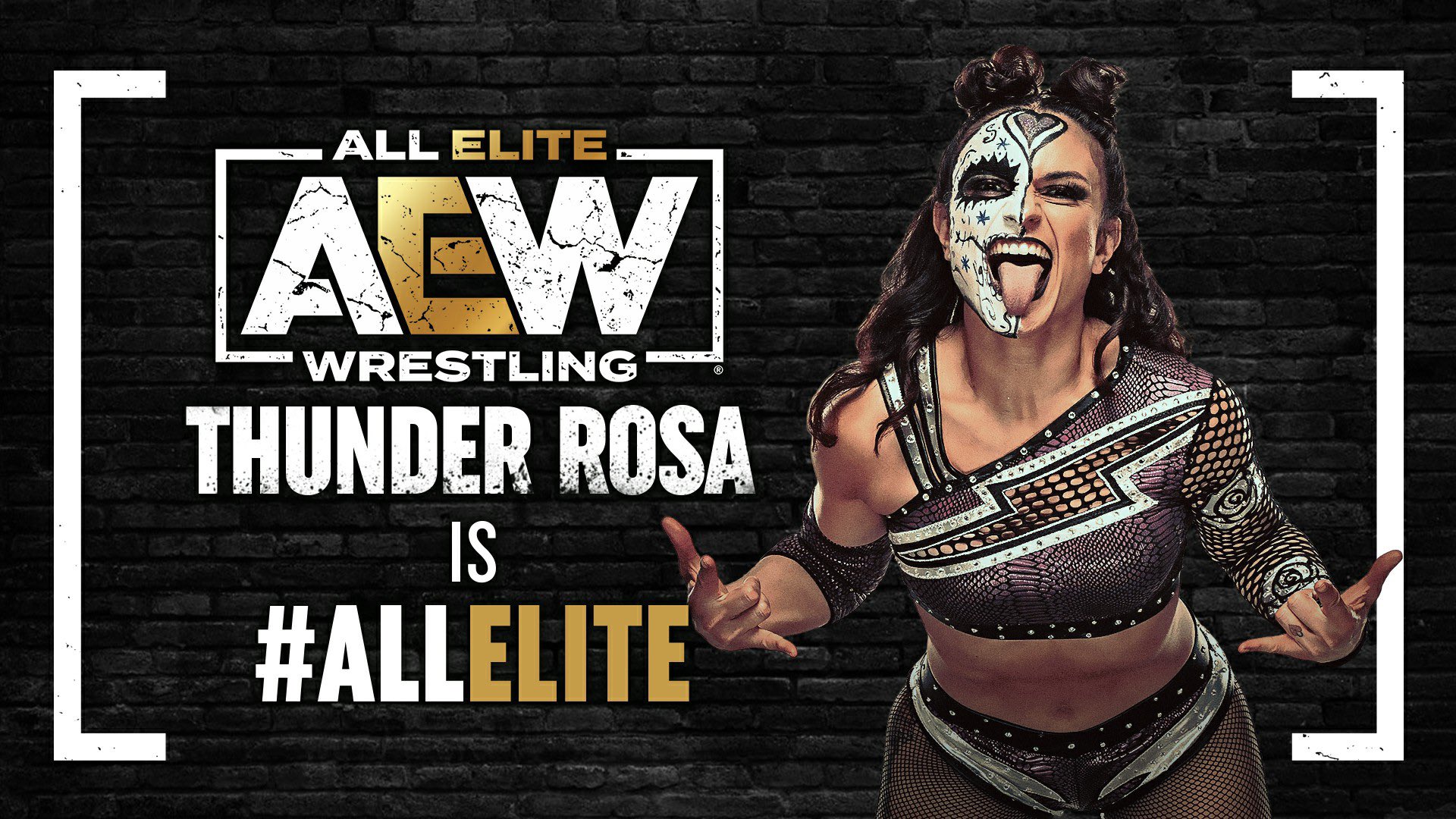 It’s official. AEW announced this Thursday that former NWA World Women’s Champion Thunder Rosa has signed an official contract with the company. Thunder Rosa had her AEW ring debut on September 2, 2020 on episode 48 of AEW Dynamite with a victory against Serena Deeb in a Single Match. Since then she has had 31 matches, with 27 wins and 4 losses.

The Mexican luchadora has become a true protagonist in AEW, gaining the support of fans, starring in all kinds of macthes, from title matches to unsanctioned lights out.

La Mera Mera is not only a fundamental piece for the growth of the AEW women’s division, but also the fun part of the team of Spanish commentators with Dasha Gonzalez and Alex Abrahantes.