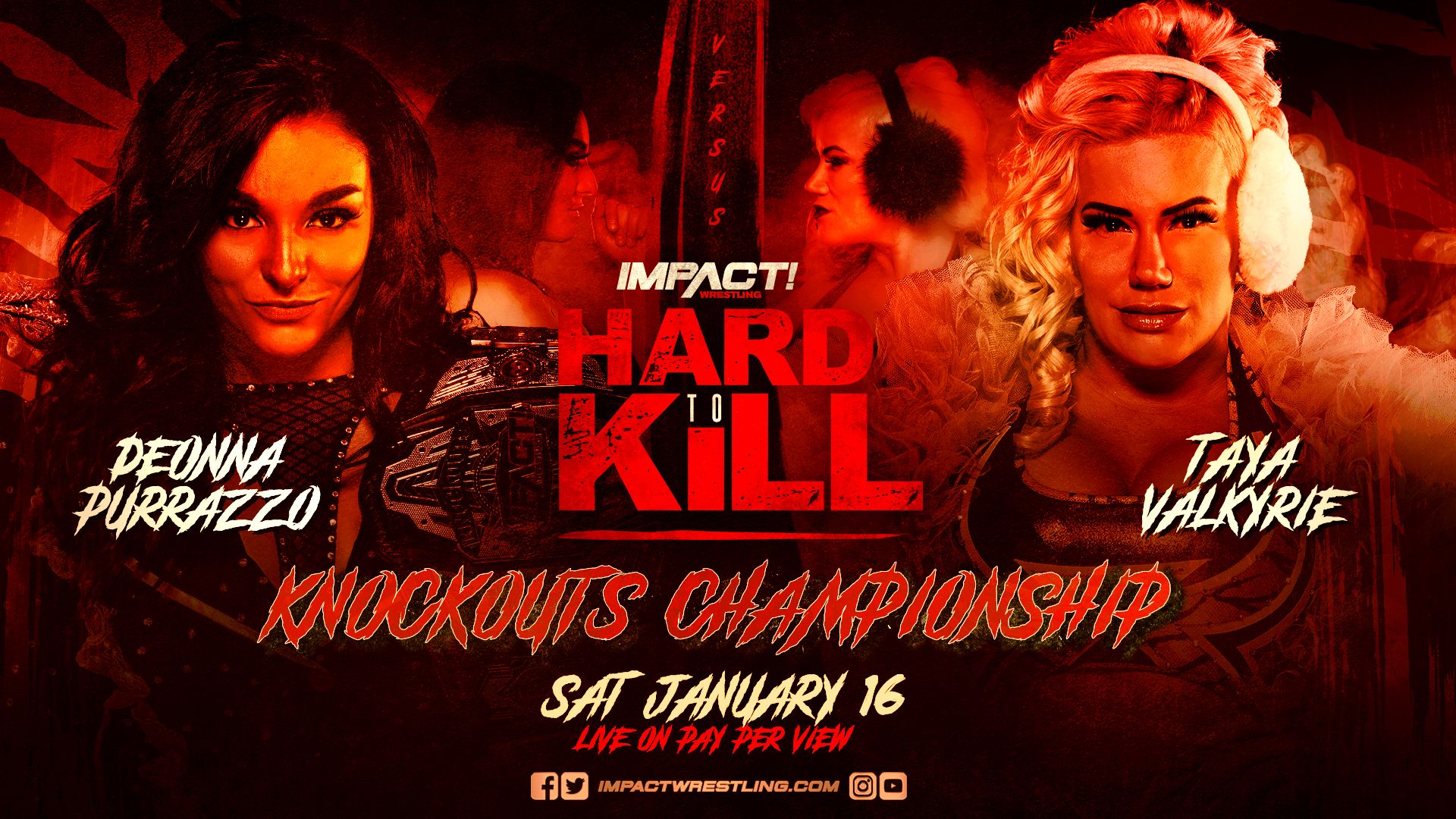 IMPACT Wrestling announced through its social media that Deonna Purrazzo will defend the IMPACT Wrestling Knockouts Championship against the Legends of Lucha Libre superstar Taya at Hard To Kill PPV.

The Virtuosa accepted the challenge presented by Taya. We remember that La Wera Loca was the longest IMPACT Wrestling Knockouts Champion in the history of the IMPACT women’s division. She had a reign that lasted 377 days and lost the title against Jordynee Grace on February 11 on IMPACT‘s weekly show taped in Mexico City.

Hard To Kill will take place this coming Saturday, January 16 at Skyway Studios in Nashville, Tennessee.