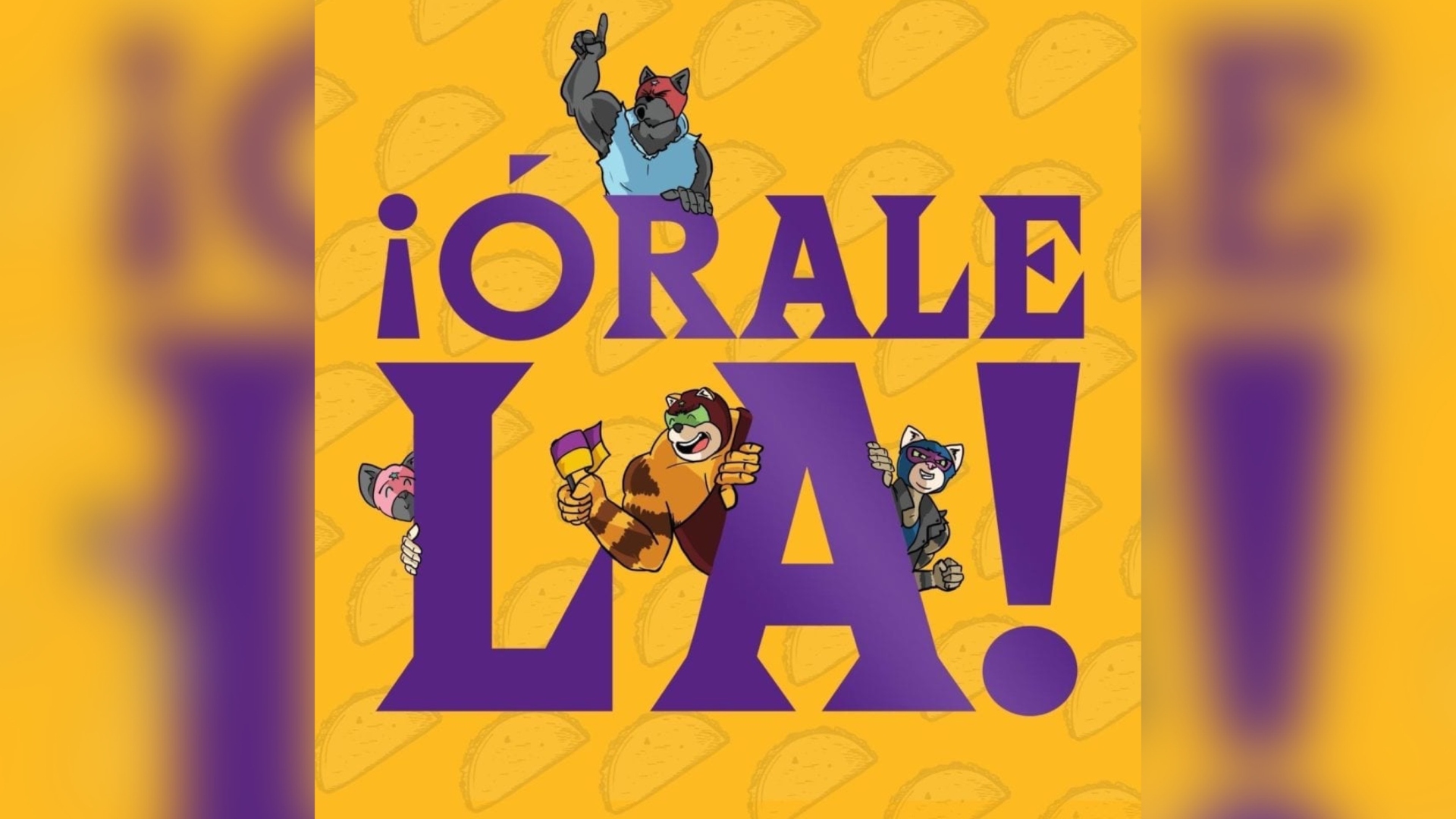 Here’s something no one could ever possibly guess about me; I’m into comic books. I know; what a shock! In other takes of mine you’ll never believe, Pepsi is my favorite soft drink, I watch a shit ton of TV and lucha libre? It’s pretty rad. But yes, comic books. They rock! Aside from books on baseball, wrestling and the rare novel they’re pretty much the only things I read. This includes many of the great Batman titles (including Knightfall, the GOAT Batman serious in my opinion), Daredevil, Superman, that one Green Lantern comic where his girlfriend was killed and stuffed in a fridge (you may be surprised here too but women? Not treated well in comics early on) and my personal favorite, Howard the Duck. Most recently I had finally begun to read Neil Gaiman’s The Sandman series; I’m not quite finished yet (I’m at the 8th collection, At Worlds End, with two more to go) but barring a collapse of Game of Thrones/How I Met Your Mother proportions, I can safely say Gaiman’s masterpiece is up there with hockey, Salsa Doritos and Buffy the Vampire Slayer was one of the greatest thing ever produced. The point is, it would take something pretty cool to tear my attention away from that, even for a few minutes. Hence why I’m here; something has taken my attention, and I’m not talking about MLB 19: The Show. Yes I know; I’m playing an old edition of that game and that’s a story for another time.

You have probably not heard of  Media Noches Comics’ Super Lucha Cats before this column. The brainchild of Luchismo creator Javier Solorzano, the Super Lucha Cats concept was born out of Solorzano’s love for his cats, Coco and Pizza, his love for lucha libre and a desire to create a story that reinforced the love of family. “I want to show that family can be non-traditional and still loved. That we can create family through community, care, love…and punching evil in the mouth together, when necessary!” Solorzano said in a press release. Time, and more issues, will tell if he accomplishes his goal, but at least through #1 of Super Lucha Cats, available now at www.LuchaCat.com, he has created a comic that is unique, funny and impeccably drawn. As far as introductions go, I expect Super Lucha Cats #1 will land somewhere between John Wayne’s first appearance in Stagecoach and the AEW debut of Eddie Kingston.

In its debut, Super Lucha Cats doesn’t take long to drop us into a Southeast Los Angeles (Bell Gardens to be exact) crawling with vampires, werewolves (though we don’t actually see them) and, shocker of all shockers, cats. On a cold rainy day in December, four tiny kittens are discovered in the back alley by an unnamed luchadora. Taking them in, the luchadora quickly figured out these were no ordinary cats; I can’t be too sure but it may have been the fact that they grew to be human sized that gave it away. As such, the aging luchadora would train the four cats, Coco, Pizza, Nopalito and Fresa in the art of lucha libre, in order to defend the city from evil. Now grown up and having mastered different disciplines (Coco is the striker, Pizza the high flyer, Nopalito the powerhouse and Fresa the submission artist/maestra), the four cats embark on their first mission to save a reporter and her cameraman from a group of vampires.

As this is the prologue for more stories to come, Super Lucha Cats doesn’t waste a ton of time with exposition or future set up. No major big bad is set up, no massive stakes are developed; it’s simply a quick backstory, a quick mission and we’re all set. As a result the first issue, while very brief, is super easy to jump into. It doesn’t hurt either that it’s pretty funny to boot, thanks to the cats bickering amongst themselves, a very nice Avengers: Endgame joke and the final revelation that the cats are big fans of Peanut Butter and Salami tacos. I’m going to level with you; I’m more of a chicken taco guy myself. But if the Ninja Turtles were allowed to chow down on a fresh slice now and then, there’s no reason these four cats can’t enjoy whatever taco they want. Though I would have to imagine that Pizza has to have a pizza at some point. It would be a crime to not go there.

The most impressive thing about Super Lucha Cats though is how bloody well it’s drawn. I’m pretty sure this is common knowledge but generally in comics, the whole thing is put together by a writer, then drawn out by an artist (or artists) and kaboom; a comic is born. For example, while Gaiman wrote the aforementioned Sandman comics, the artists were guys like Bryan Talbot, Marc Hempel, Sam Keith and a slew of other unsung heroes. In the case of Super Lucha Cats, the writer and illustrator is Solorzano, with the only assistance coming in the form of Mark Batalla as editor. And while Solorzano definitely has chops as a writer, it’s his artwork that will jump out the most at you. Generally when I read comics I’m disappointed to see the actual comics aren’t nearly as good as the cover art, probably for obvious reasons. It is here, with Solorzano putting as much care into the pages as he does on the cover. Reading this I found myself thinking that this looked like a comic book version of Jet Set Radio. I have no idea whether or not that’s what Solorzano was going for, but much like that revolutionary Dreamcast game blew everyone away with how great it looked, Super Lucha Cats similarly gets you excited for future journeys just because you’ll get to see more of Solorzano’s beautiful artwork.

So yeah; in case it wasn’t obvious, Super Lucha Cats #1 is a big win. It’s easy and quick to read, it doesn’t bullshit you with needless exposition, it’s funny and it’s beautiful to look at. Best of all, it combines two of the greatest things on this mortal coil, lucha libre and comic books, giving us a unique new world to jump into. I have no idea where Coco, Pizza, Nopalito, Fresa and their mentor go from here and what other bad things will threaten them and Bell Gardens, but Solorzano’s introduction here is more than enough to get me excited for whatever adventures are coming next. 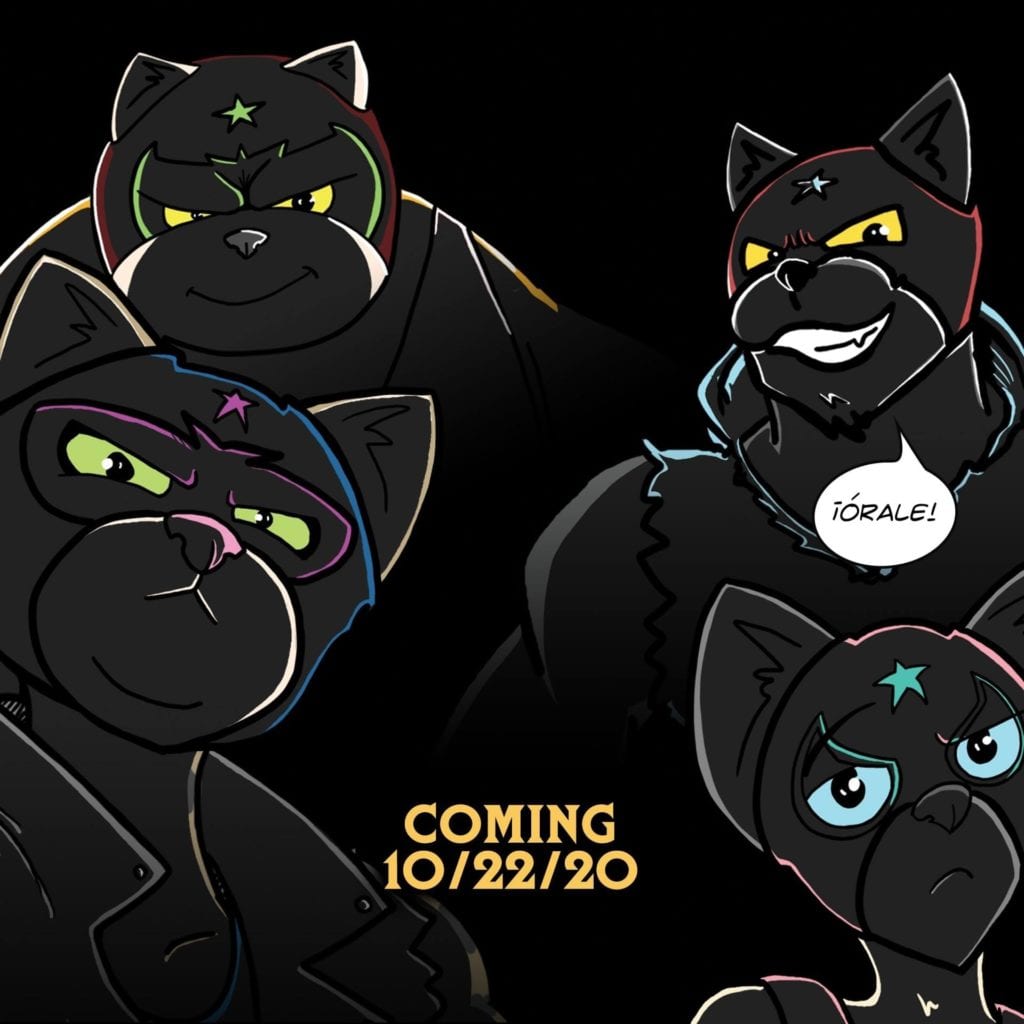