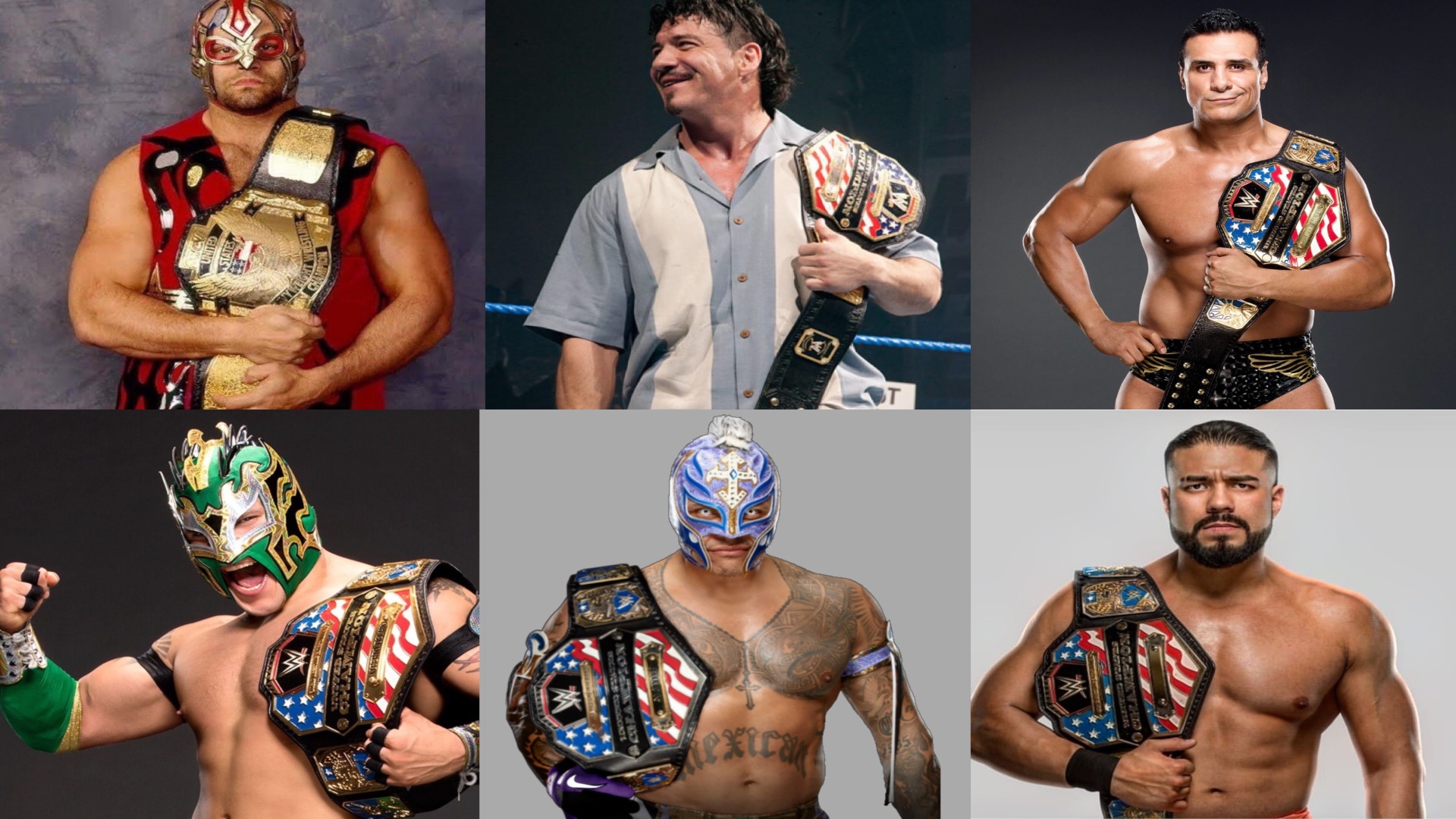 Six luchadores who have been United States Champions

On January 29, 1996, Konnan was the first luchador to win the WCW United States Championship, this after beating One Man Gang at the WCW Main Event show at Civic Center in Canton, Ohio. This was the first championship Konnan won in WCW, with which he had 13 title defenses, including one at Lucha Libre AAA against Pierroth Jr. at a live show in Tijuana, and a 160-day reign. 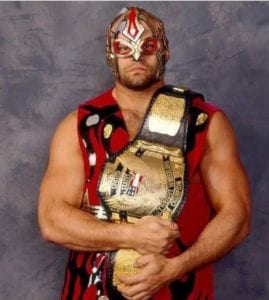 The Latino Heat had the United States Championship twice, once in WCW and once in WWE. The first was on December 29, 1996 after beating Diamond Dallas Page at the 14th edition of Starrcade at the Nashville Municipal Auditorium in Nashville, Tennessee. The second time was on July 27, 2003 after defeating Chris Benoit at the Vengance PPV, with this title match the WWE reactivated the championship which had been inactive since 2001 after the unification of the WCW United Stated Championship and the WWF Intercontinental Championship. 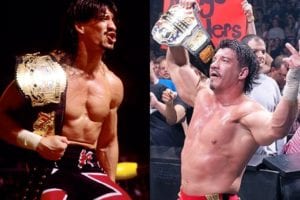 Alberto del Rio was the first Mexican-born luchador to win the WWE United States Championship first-time in his career was in his surprise return to WWE by defeating John Cena at the Hell in a Cell PPV in Los Angeles, California on October 25, 2015. At the time of winning said title he was also the Lucha Libre AAA Megachampion, but he had to give it up when signing with WWE. The Essence of Excellence’s second reign as champion was after defeating Kalisto at the episode 856 of SmackDown on January 12, 2016, thus got a combined 90-day reign. 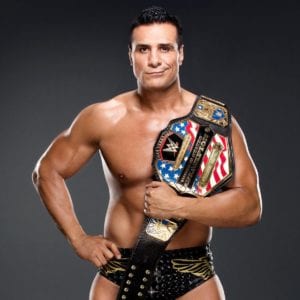 The member of the Lucha Dragons twice won the WWE United States Championship, the first was on January 11, 2016 on the episode 1181 of Monday Night RAW at the Smoothie King Center in New Orleans, Louisiana, whose reign lasted only one day, given that the following day he was he would lose against Alberto del Rio in a rematch on SmackDown. Kalisto regained the championship at Royal Rumble after defeating The Essence of Excellence at the Amway Center in Orlando, Florida. 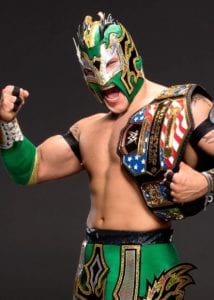 On May 19, 2019, WWE held the Money in the Bank PPV at the XL Center in Hartford, Connecticut, in which Rey Mysterio won for the first-time in his career the WWE United States Championship after beating Samoa Joe, becoming the twenty-first WWE Grand Slam Champion in the process. The second time was on November 25, 2019, in episode 1383 of Monday Night RAW after beating AJ Styles at the Allstate Arena in Rosemont, Illinois, the same place where the Master of the 616 won the WWE World Heavyweight Championship at Wrestlemania 22 in 2006. 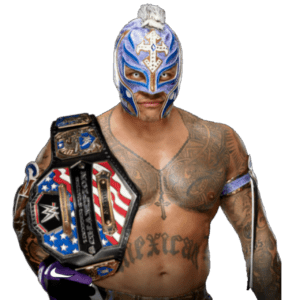 The WWE United States Championship was the first title Andrade won as part of the WWE main roster, El Idolo won the championship belt after defeating Rey Mysterio at a house show at the Madison Square Garden in New York City on December 26, 2019, his reign lasted 151 days in which he made six title defenses. 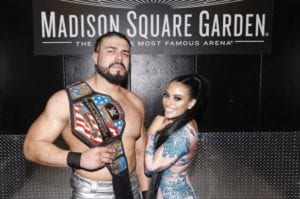