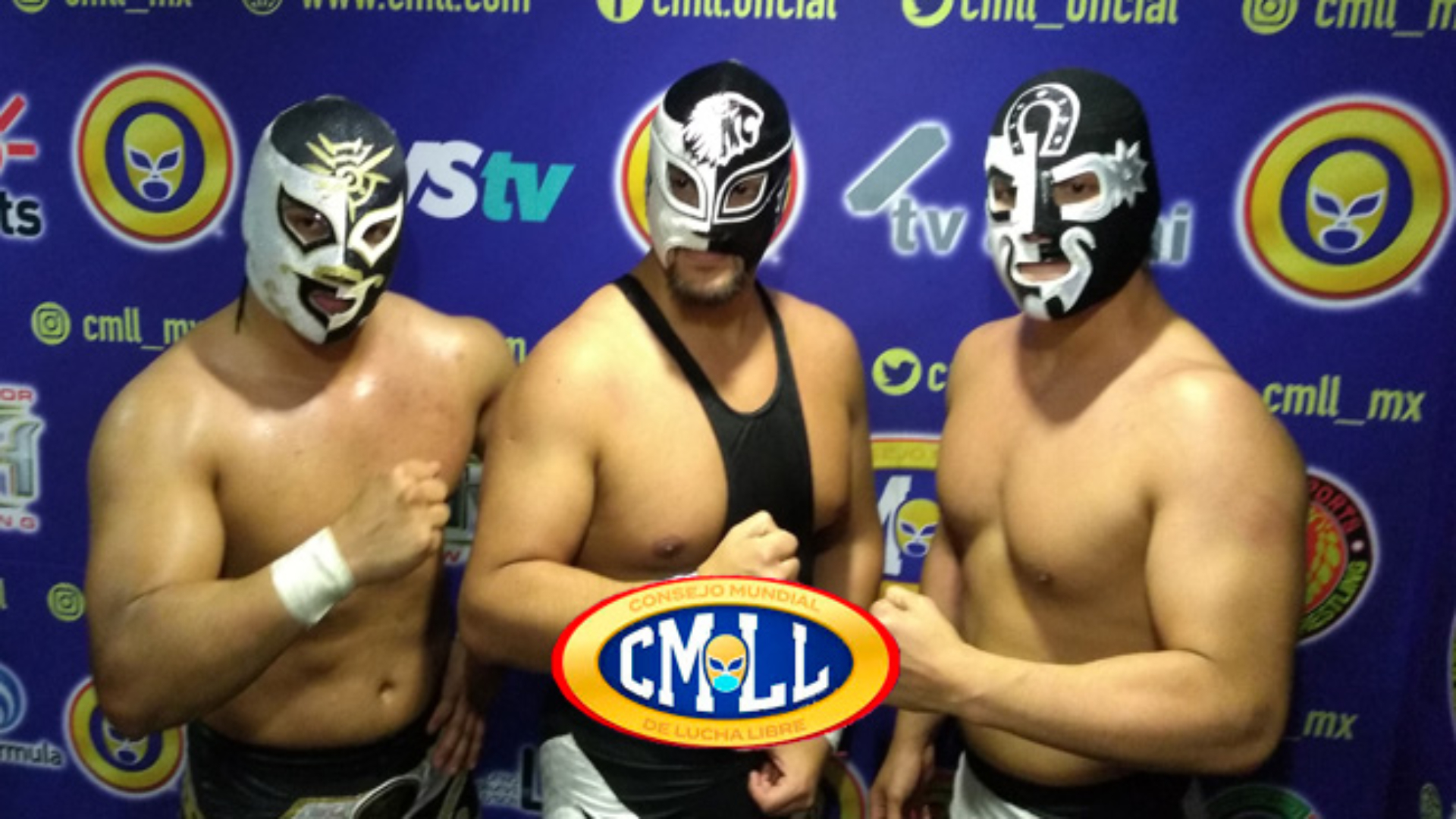 After 7 years the Arena Mexico will cease to be dinamita territory.
CMLL News

Surprisingly Sanson, Cuatrero and Forastero cease to belong to the CMLL roster, the departure of the NGD was by mutual agreement, as the company informed through a press release. 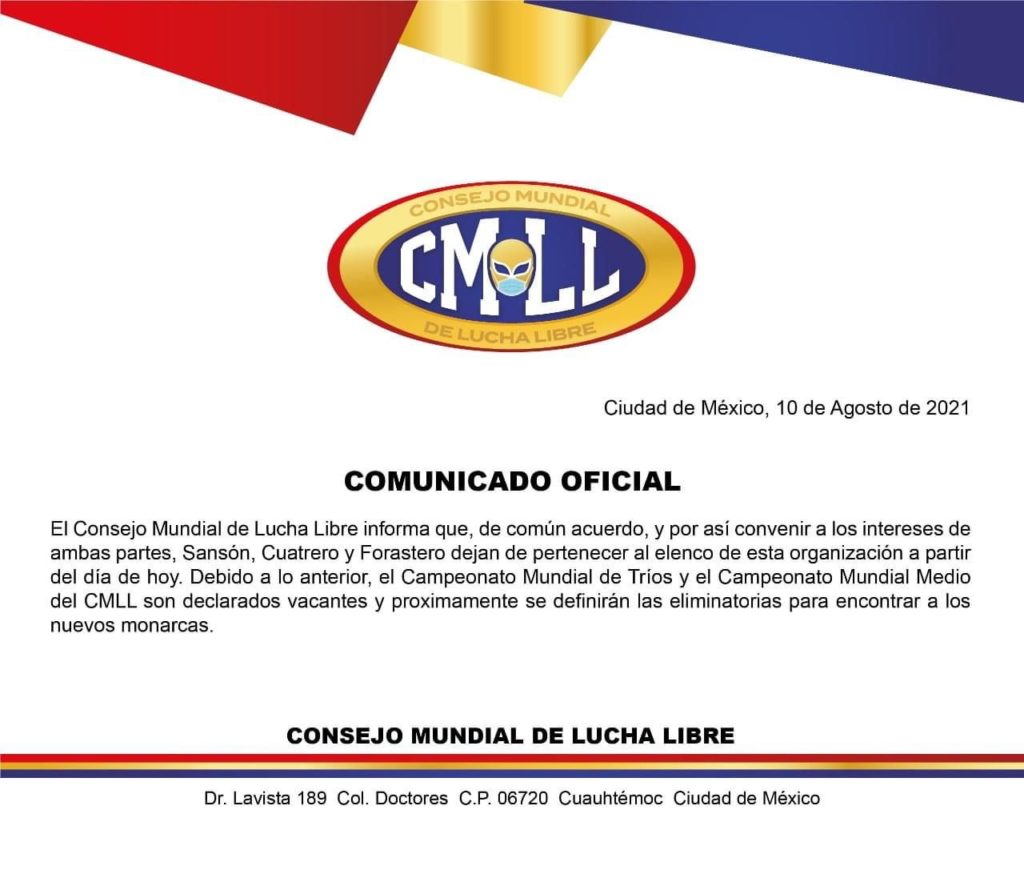 “Consejo Mundial de Lucha Libre informs that, by mutual agreement, and thus agreeing to the interests of both parties, Sanson, Cuatrero and Forastero cease to belong to the roster of this organization as of today. Due to the above, the CMLL World Trios Championship and the CMLL World Middleweight Championship are declared vacant and the qualifying rounds to find the new champions will be defined shortly”.

The NGD had its last match at the CMLL last Friday, August 6, in which they defeated Los Guerreros Laguneros in a 6-Man Tag Team Match at the Arena Mexico.