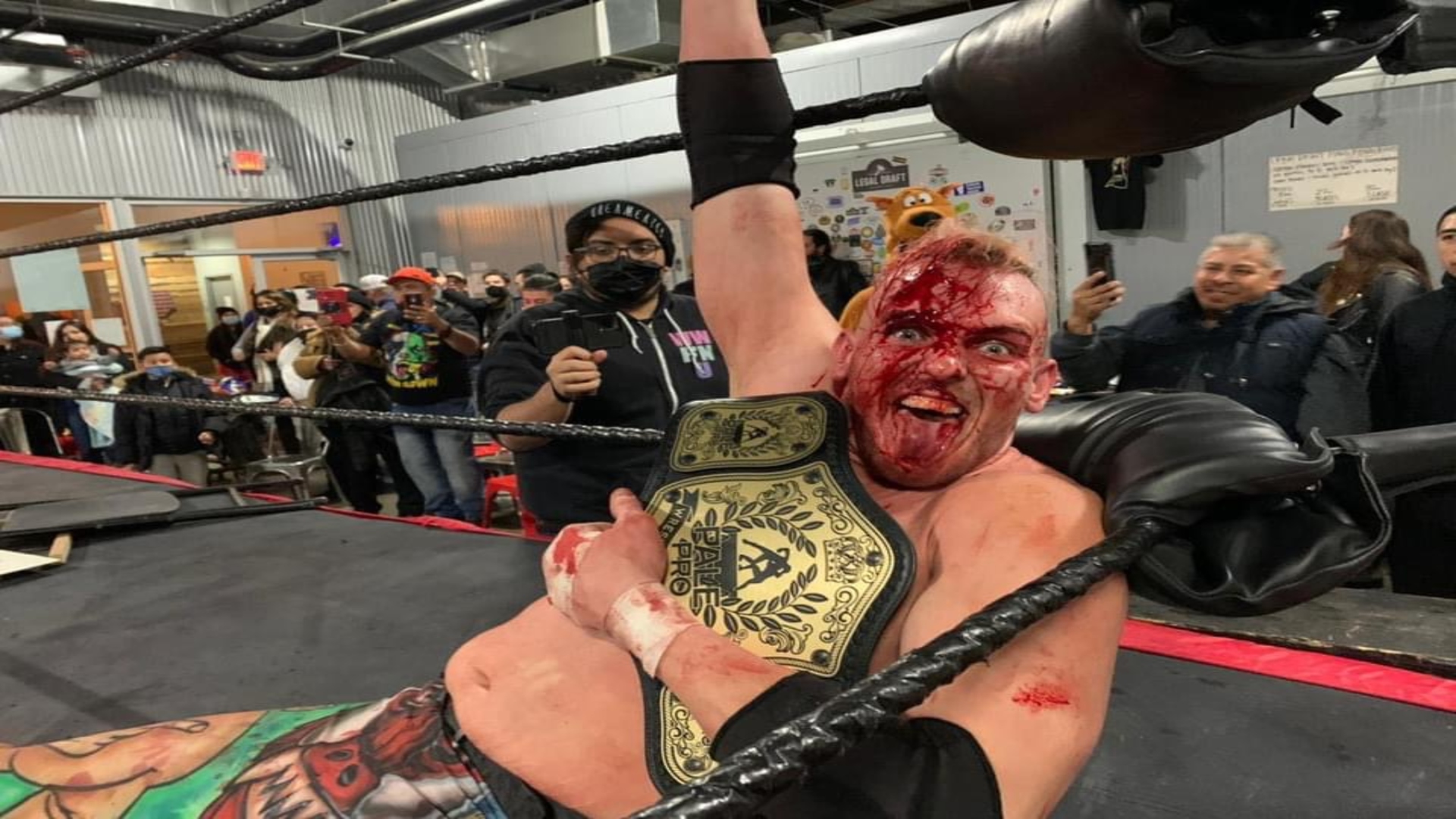 Sam Adonis retained the PPW Championship after beating the Legends of Lucha Libre superstar Psycho Clown in a No Disqualification Match in the Main Event of the Palé Pro Wrestling Live Show at the Legal Draft Beer Co. in Arlington, Texas.

El Rudo de las Chicas pinned El Psicopata del Ring after a low blow when Adonis’ manager MK ran in and attacked a second referee to become the third referee. He gave a fast three count and went to the back with Adonis. The first referee was bumped earlier in the match. Pyscho Clown and Sam Adonis both bled and Adonis’ face was a real mess. Long match that saw Sam Adonis give Psycho Clown a spear into a door set up in the corner of the ring, then Pyscho Clown gave him a Spanish Fly through a board set up between two chairs in the ring near the finish.

In this way, Sam Adonis got his first successful title defense as PPW Champion.