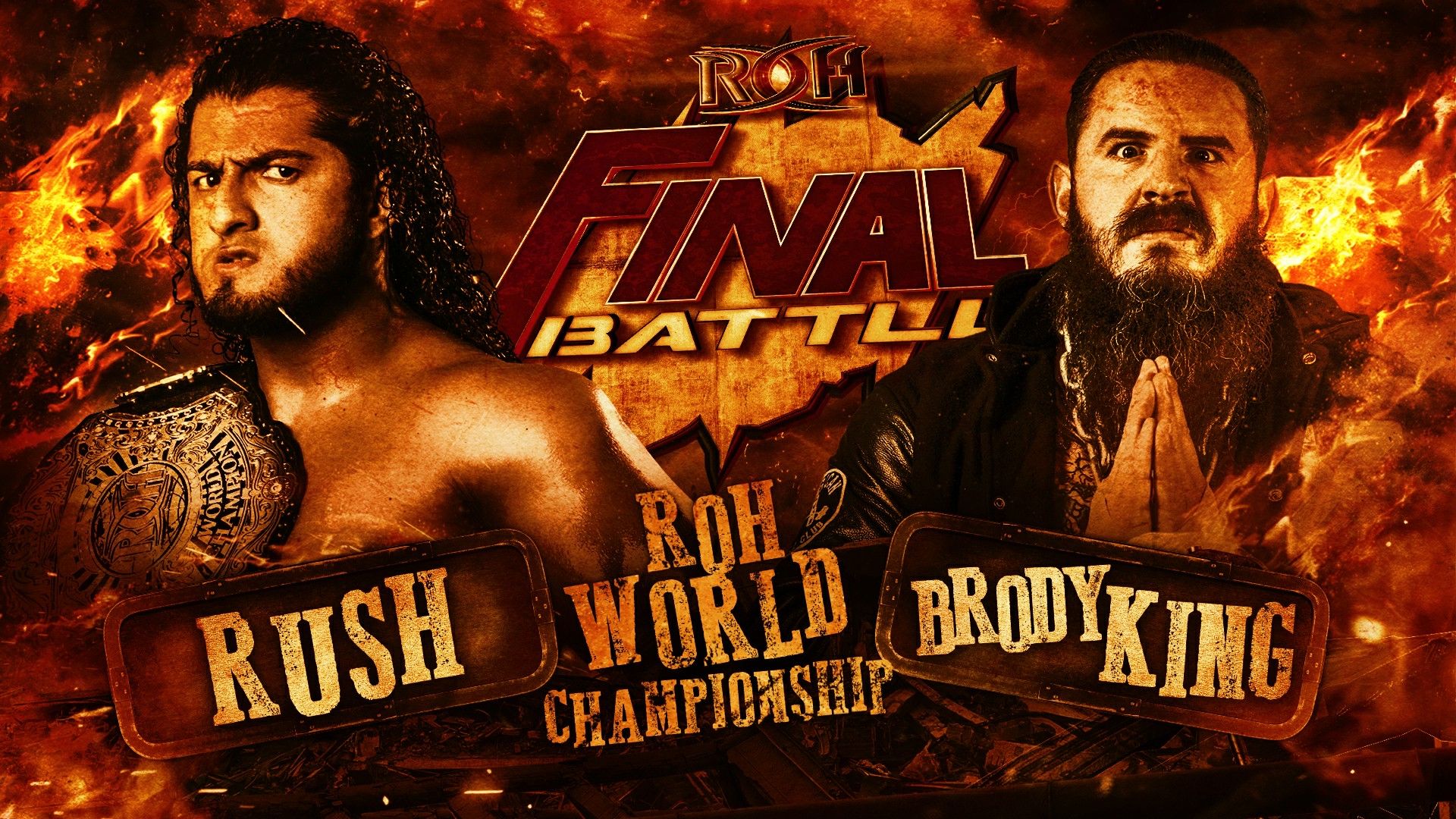 Rush back to action at ROH Final Battle

After nine months, Rush will return to action to defend the ROH World Championship against Brody King at ROH Final Battle, this coming December 18. This will be the 19th edition of the Final Battle PPV, which will take place at the UMBC Event Center in Baltimore, Maryland in a closed-door event.

This will be Rush‘s first defense in his second reign as ROH World Champion, El Toro Blanco won the title for the second time in his career after beating PCO and Mark Haskins at ROH Gateway To Honor 2020 in a Triple Threat Match.

For this edition of the ROH Final Battle all the Ring of Honor championships will be on the line, so Dragon Lee will also defend the ROH World Television Championship against an opponent to be determined.