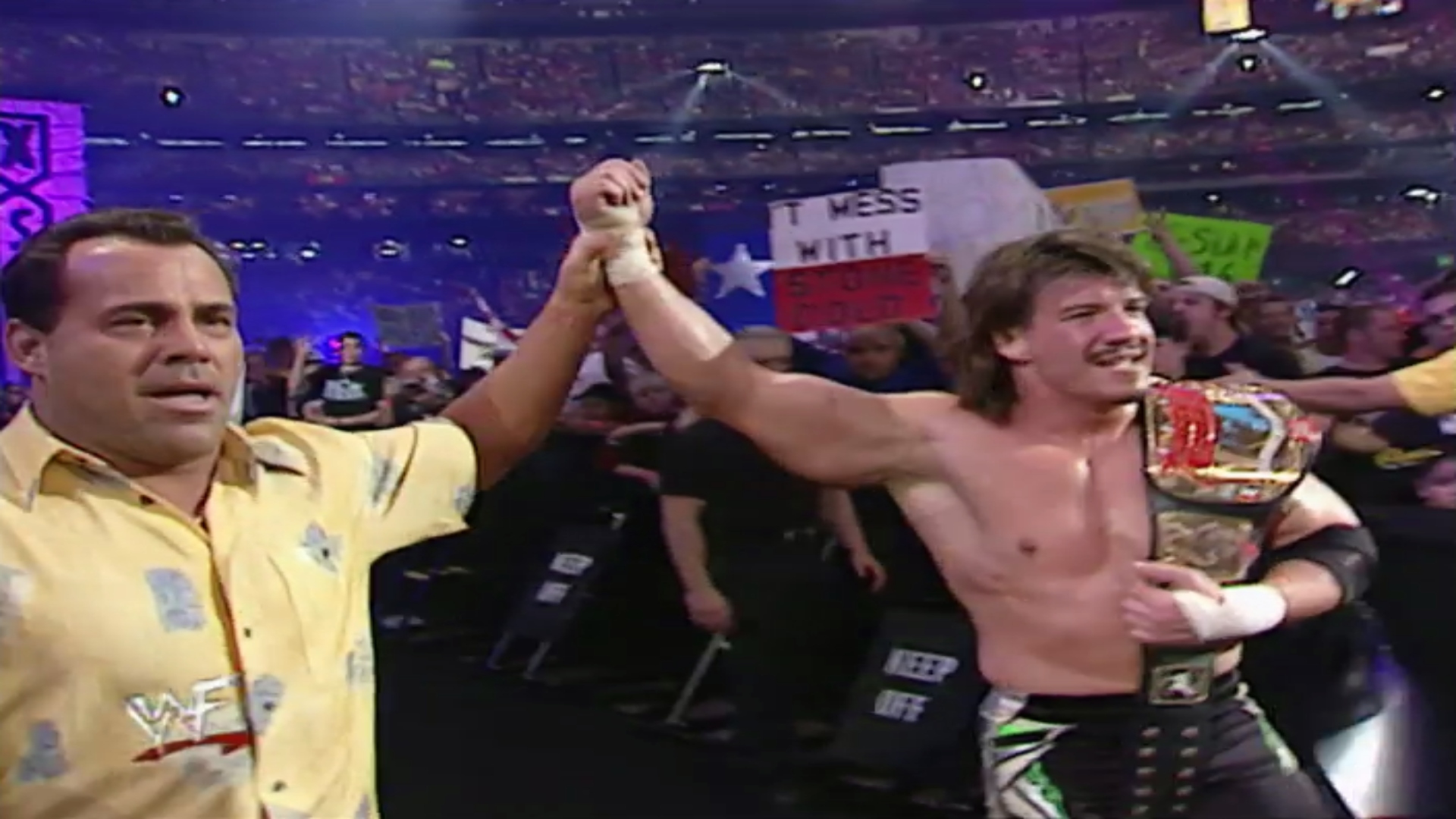 On April 1, 2001, WWF (Today known as WWE) held WrestleMania X-Seven at the Reliant Astrodome in Houston, Texas, in whose show Eddie Guerrero won the WWF European Championship for the second-time in his career after beating Test in a Title Match.