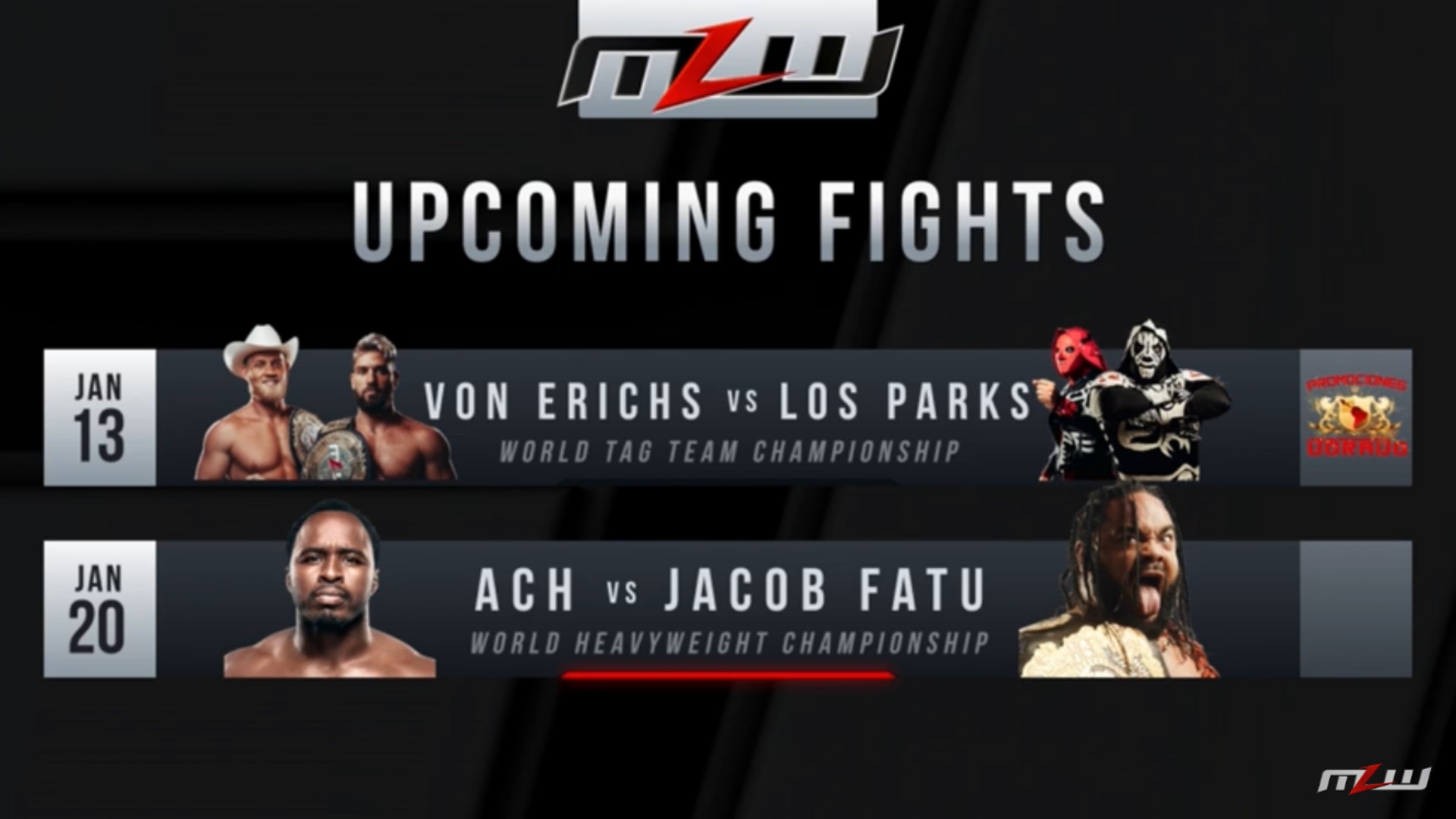 After the demands of L.A. Park to the directors of Major League Wrestling, him and Hijo de L.A. Park will receive a title shot for the MLW World Tag Team Championship against Marshall Von Erich and Ross Von Erich, this was confirmed by MLW during the Kings of Colosseum broadcast.

This title match will take place this coming January 13 on the episode 116 of MLW Fusion at GILT Nightclub in Orlando, Florida.

L.A. Park again has a title shot for one of the MLW championships. On November 2, 2020 during MLW Saturday Night SuperFight, L.A. Park faced Jacob Fatu for the MLW World Heavyweight Championship in a No Disqualification Match.