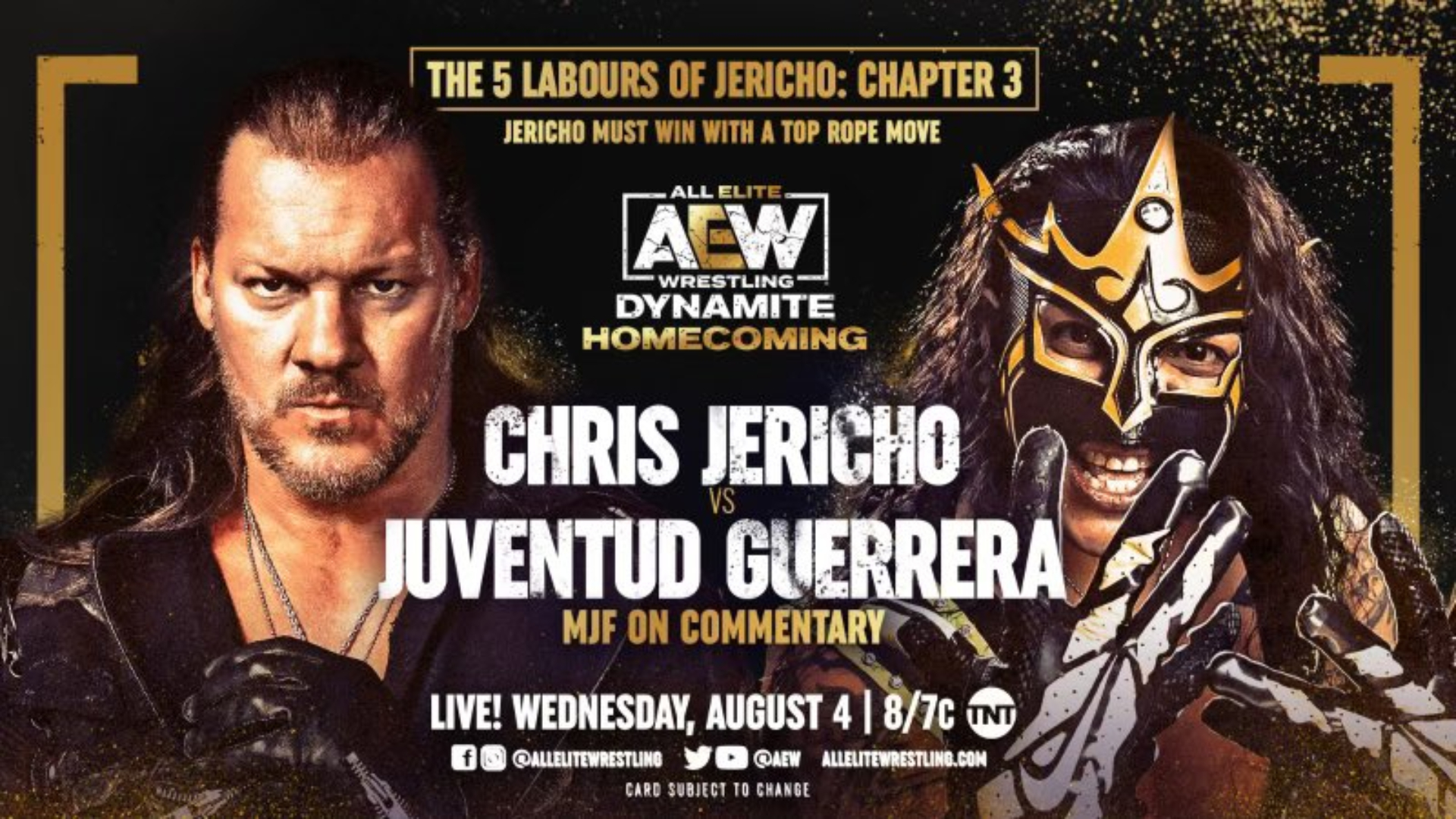 Juventud Guerrera will face once again the person responsible for losing his mask. (PHOTO: AEW)
Legends of Lucha Libre All Elite Wrestling News

After 20 years the Legends of Lucha Libre superstar Juventud Guerrera returns to TNT, now to face Chris Jericho in a Single Match on AEW Dynamite: Homecoming special episode. This announcement was made official by MJF at the end of AEW Dynamite: Fight For The Fallen, in which he indicated that if the Demo God wants to win the match, he will have to do a move from the top rope.

It should be remembered that Chris Jericho and Juventud Guerrera had an intense rivalry, reaching the Mask Vs. Title Match at SuperBrawl VIII, with Jericho as the winner who remained as WCW Cruiserweight Champion.

Juventud Guerrera debuted on TNT on August 26, 1996 on the WCW Monday Nitro 50th episode at the Manatee Civic Center in Palmetto, Florida, defeated Billy Kidman in a Single Match.

Juvy‘s last match on TNT was on September 25, 2000 on WCW Monday Nitro at the Nassau Coliseum in Uniondale, New York, with Rey Mysterio in a 6-Way Tag Team Battle Royal for the WCW World Tag Team Championship.