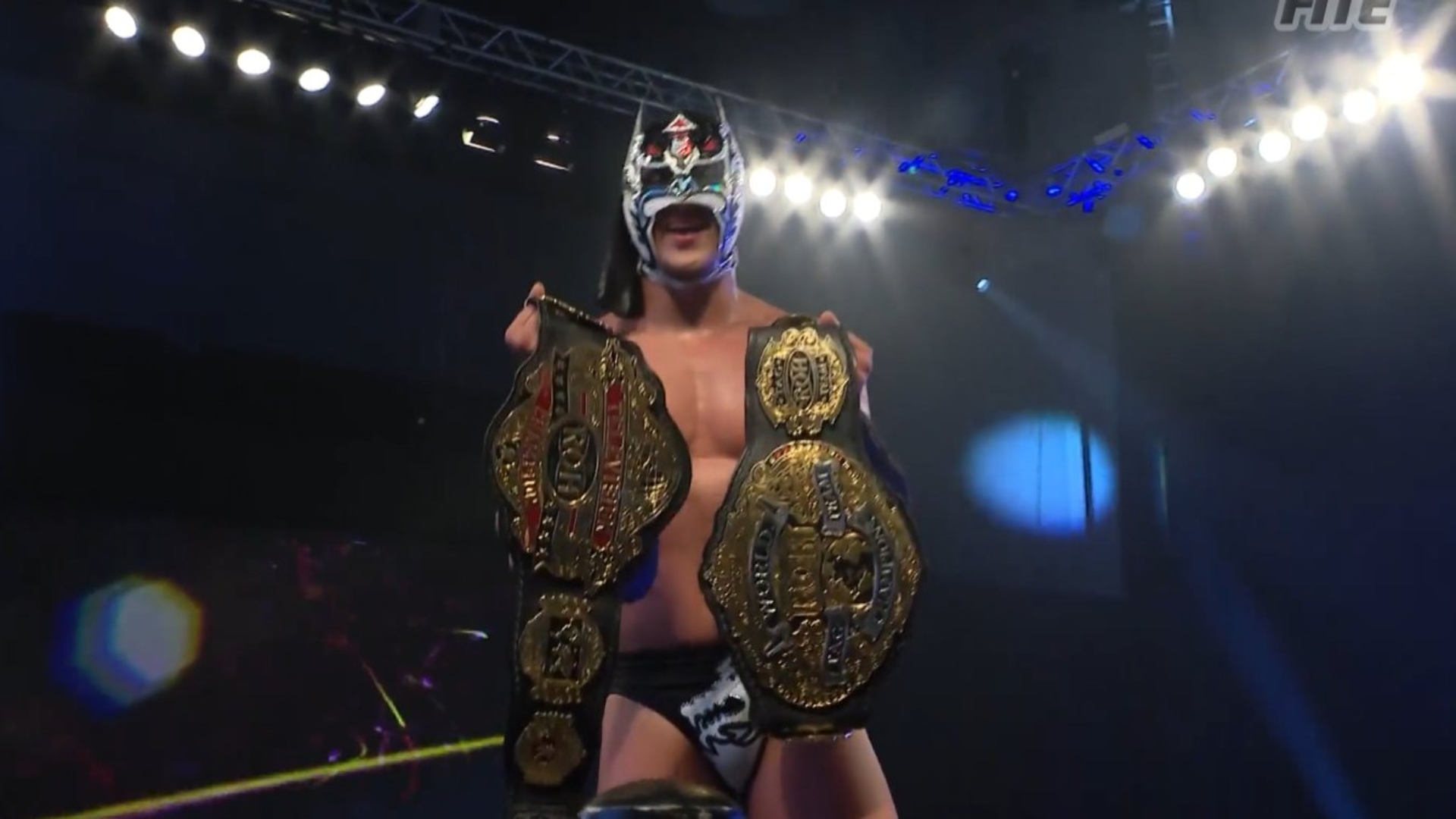 Dragon Lee will arrive as a double champion to the ROH 19th Anniversary Show. (PHOTO: Ring of Honor)
Ring of Honor News

Dragon Lee took advantage of the error of Jay Lethal who jumped over Amy Rose and this distracted the referee, which was used by the masked luchador to apply a punch over Jonathan Gresham to apply the pinfall and thus Dragon Lee and Kenny King became the 57th ROH World Tag Team Champions. This Title Match was broadcast on Ring of Honor TV episode 493: Championship Edition, which took place at the UMBC Event Center in Baltimore, Maryland.

Dragon Lee will defend both championships belts at the ROH 19th Anniversary Show on March 26, at said PPV all  ROH championships are on the line.