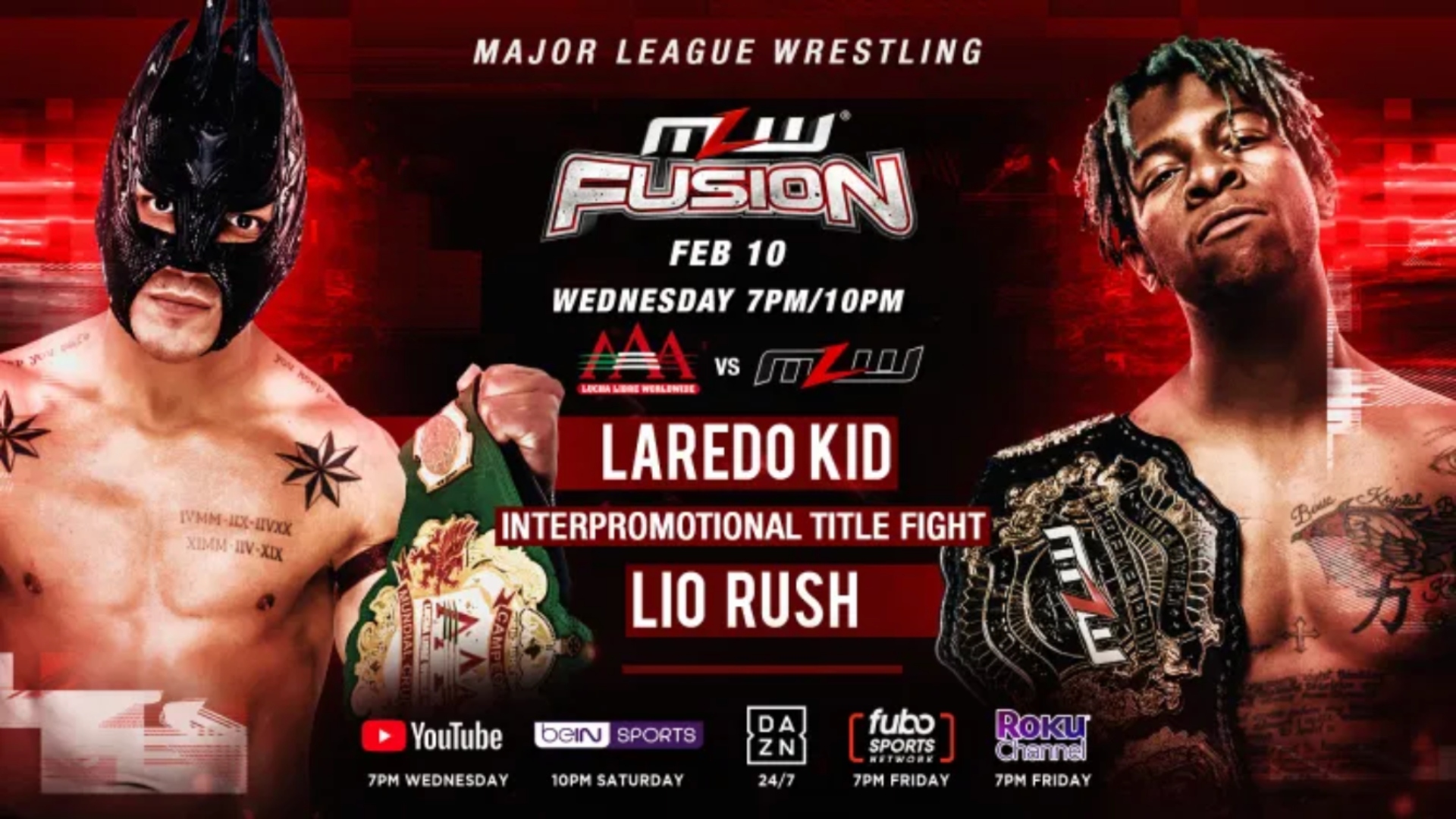 MLW and Lucha Libre AAA officials today confirmed Lio Rush and Laredo Kid have put pen to paper and will fight in a match that could see the titles unified in a historic championship encounter.

Since debuting in MLW, Laredo Kid’s goal has been to win gold and possibly unify MLW and Lucha Libre AAA championships. Next Wednesday he’ll get his shot.