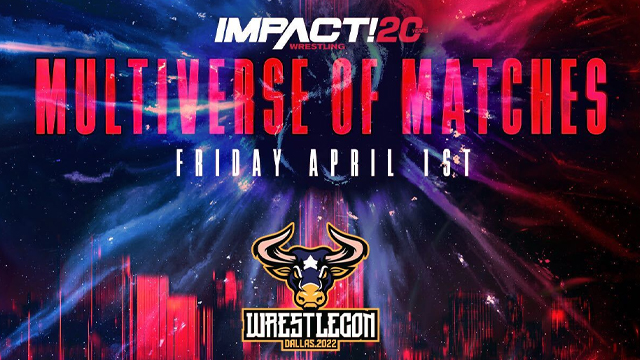 IMPACT Wrestling held the Multiverse Of Matches PPV at the at WrestleCon 2022 at Fairmont Hotel in Dallas, Texas.

The fourth edition of Rebellion will be IMPACT Wrestling‘s next pay-per-view, taking place on April 23 at the Mid-Hudson Civic Center in Poughkeepsie, New York.

*Deonna Purrazzo got her fourth successful title defense as Lucha Libre AAA Reina de Reinas Champion. At the end of the match, La Wera Loca Taya made her return to IMPACT Wrestling to remind The Virtuosa that she is the #1 contender.