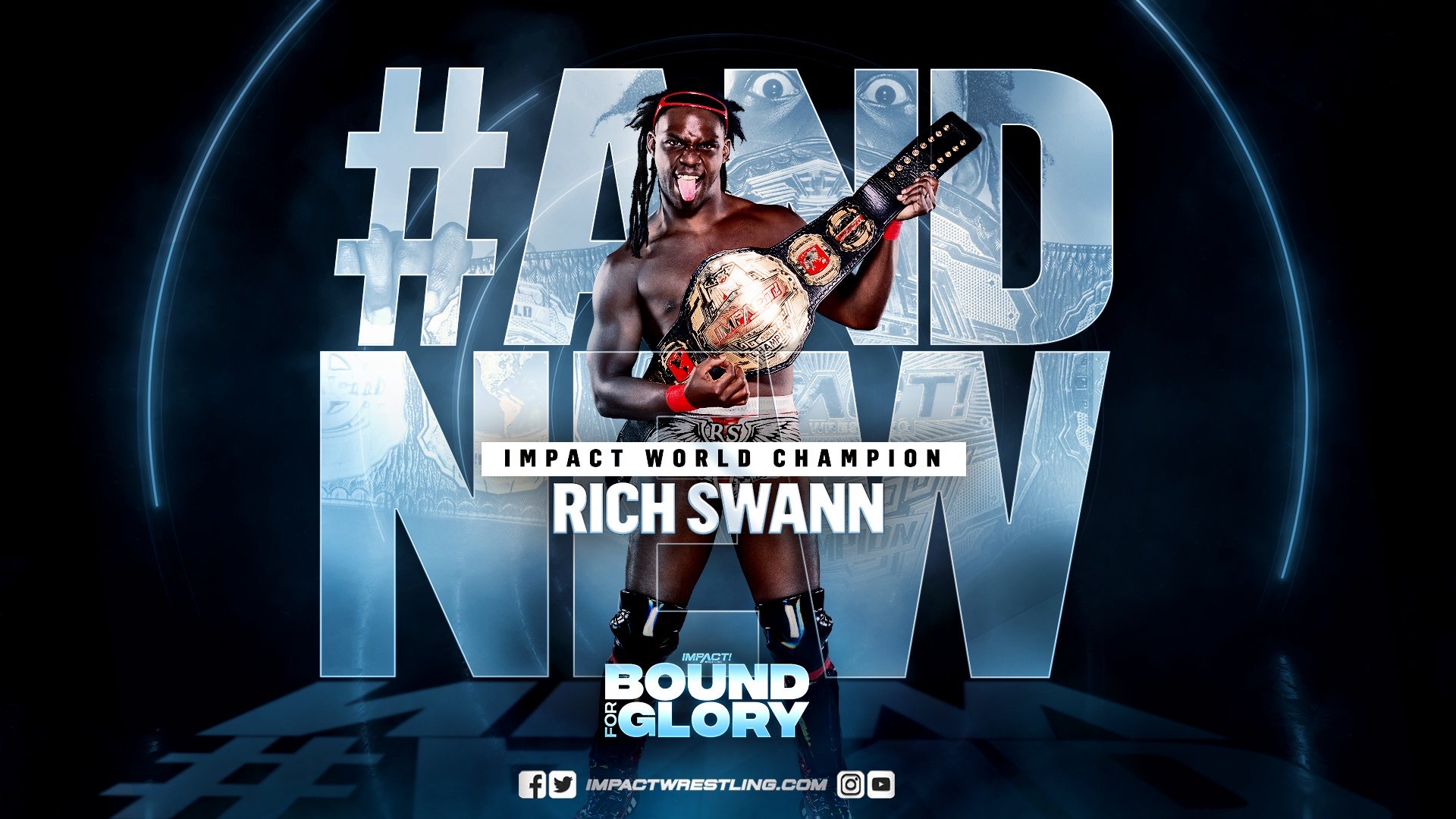 IMPACT Wrestling held the 16th edition of the Bound for Glory PPV at the Skyway Studios in Nashville, Tennesse, in whose Main Event, Rich Swann won the IMPACT Wrestling World Championship after beating Eric Young. Mr. Standing 450 got the victory after applying a Stunner and 450 Splash over Young to take him to the pinfall. 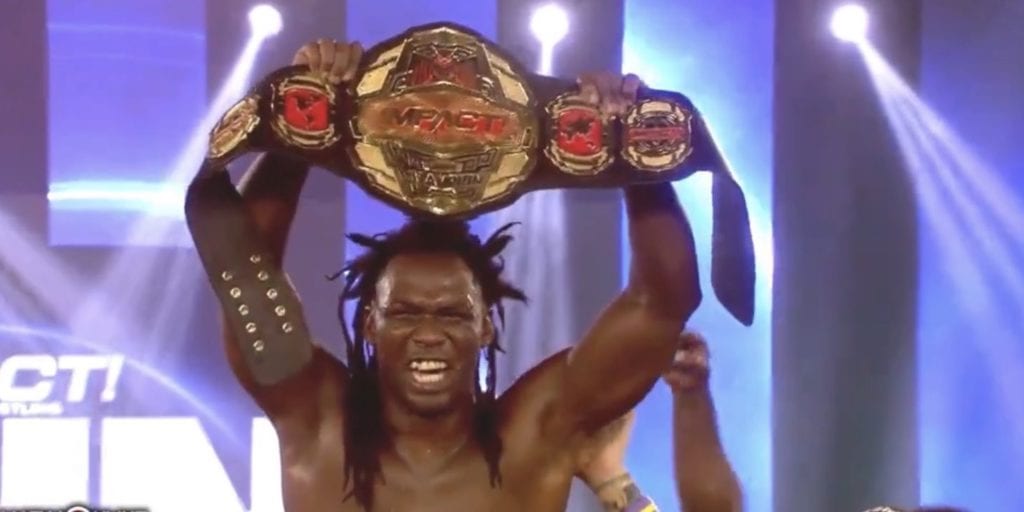 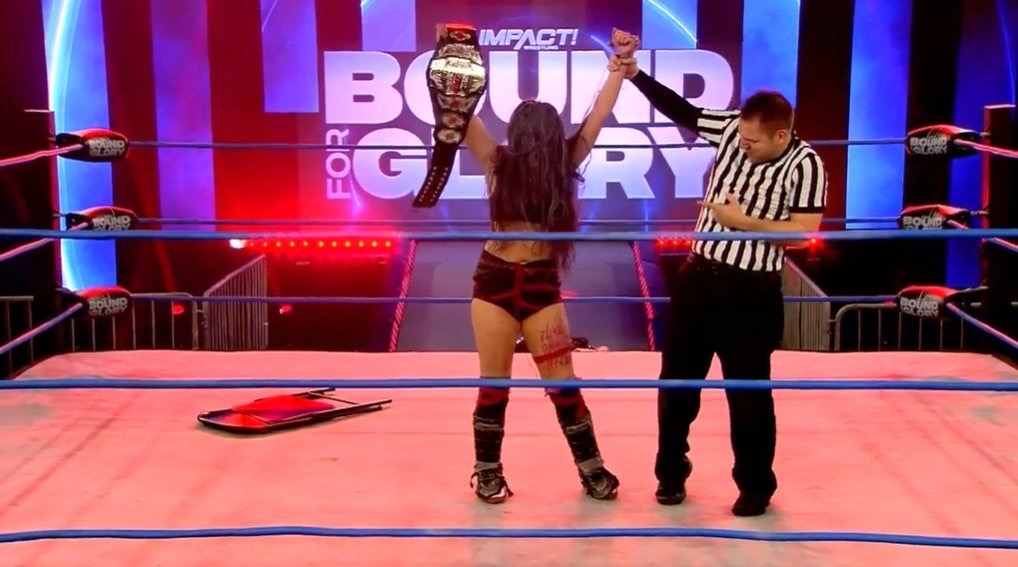 The North reconquered the IMPACT Wrestling World Tag Team Championship against The Motor City Machine Guns, The Good Brothers and Ace Austin & Madman Fulton in a 4-Way Tag Team Match. Before starting the match, Josh Alexander applied a Piledriver over Alex Shelley that knocked him out of action. Shelley had to be removed on a stretcher, but Chris Sabin defended alone the title belts. 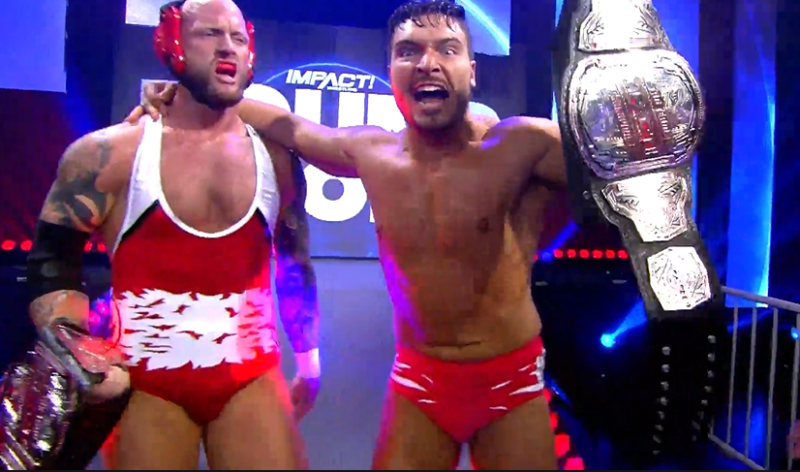 Moose defeated EC3 in a Single Match in cinematic style. 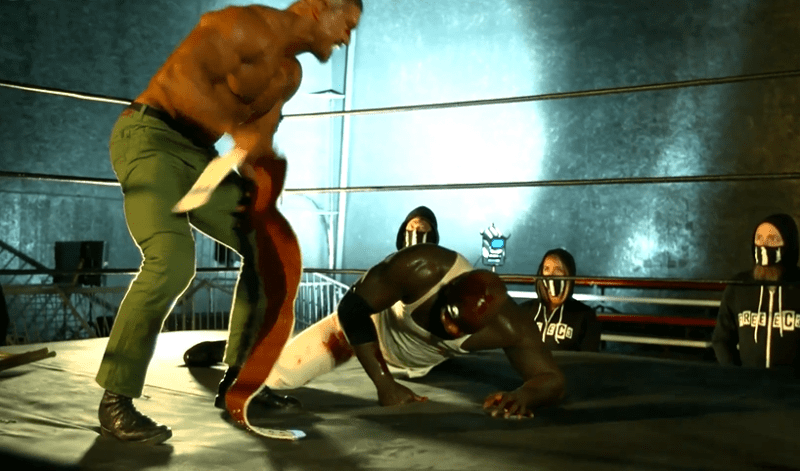 Rhino won he won a title shot for the championship of his choice after winning the Call Your Shot Guantlet Match by last eliminating Sami Callihan. After Rhino‘s victory, Heath landed a full-time contract with IMPACT Wrestling. The Legends of Lucha Libre star Taya Valkyrie participated in this match being eliminated by Larry D. 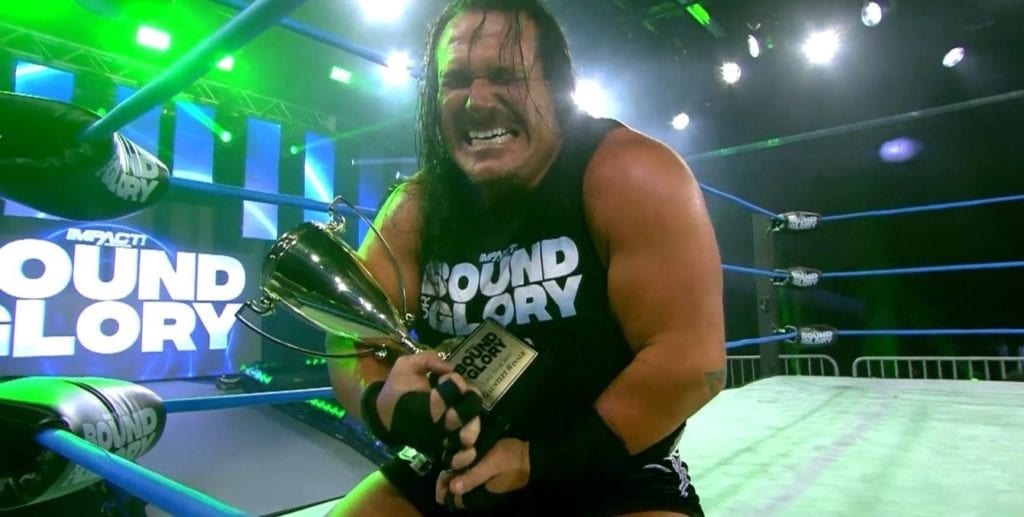 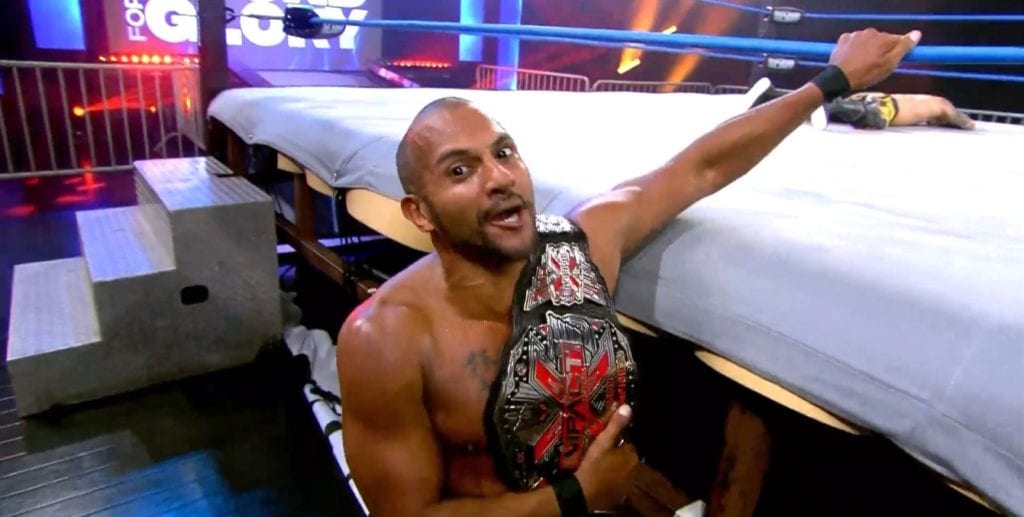