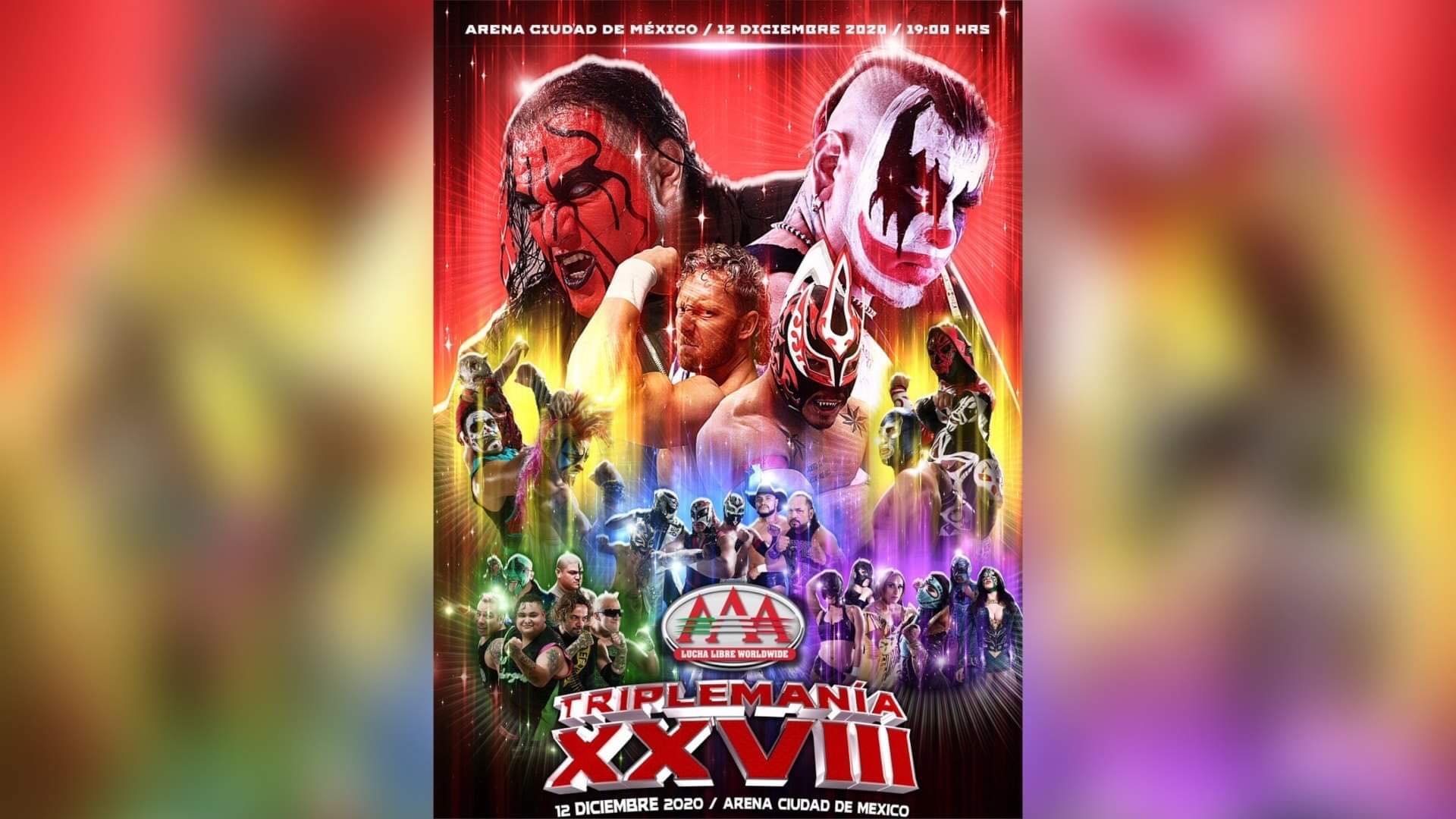 After a week of information that left us with more questions than answers on Triplemania XXVIII, AAA finally gave us the answers today. As confirmed a few days ago, Triplemania XXVIII will take place on December 12th, not December 26th as originally reported by us here at Lucha Central (it’s unclear whether our initial source was mistaken or if AAA moved the date). The show, as we confirmed, will take place in a closed door setting and will be held at Arena Ciudad de Mexico; the show will feature several sponsors, including Trident and Marvel, that appear to be largely responsible for Triplemania being able to occur this year at all. Triplemania will be broadcast over YouTube and Facebook Watch throughout the world, TV Azteca in Mexico and Space in all of Latin America; delayed broadcasts of the show will air on Multimedios and Cinepolis theaters starting the next day on December 13th. There will be no English commentary on any streams.

Just as importantly, AAA co-owner Dorian Roldan revealed the full Triplemania lineup, which will indeed feature seven matches as previously promised and three that have long been promoted. The show will be headlined, unbelievably, by Chessman vs. Pagano in a hair vs. hair match. The long boiling feud has been scheduled to be part of Triplemania since early March but was long thought to be an upper midcard match as opposed to the main event. It’s likely the pandemic and the closed door setting contributed to this bout, likely to be one of the most violent matches you’ll see all year given Pagano’s style, becoming the 28th headlining match in Triplemania history. The other top two matches (already confirmed) will see All Elite Wrestling’s Kenny Omega defend the AAA Mega Championship against Laredo Kid and the Marvel Lucha Libre showcase where Aracno and Leyenda Americana will take on Terror Purpura and Venenoide. For international audiences the Omega-Laredo Kid match remains the one to watch, both because its likely to be great and because Omega quite possibly will walk into Triplemania as AEW World Champion as well, as he’s scheduled to wrestle Jon Moxley for the title this Wednesday on Dynamite. Meanwhile, it’s still unconfirmed who will be portraying the Marvel characters, though some of the names suggest some of the talent (particularly Leyenda Americana) will be foreign.

Then there’s the unannounced matches. Los Psychos Circus, reunited earlier in 2020, will have their first Triplemania match in five years as they take on Blue Demon Jr., Hijo del LA Park and LA Park in trios action. It would appear this match is a new version of the previously scheduled Psychos Circus vs. Bestia del Ring, LA Park and Rush match originally scheduled for Rey de Reyes in March, with Demon and Baby Park stepping in for Bestia and Rush. Roldan confirmed during the press conference that Rush was unavailable for Triplemania due to commitments with Ring of Honor. Meanwhile the Copa Triplemania will be an all luchadoras match, with Chik Tormenta (her first AAA match since 2019) taking on Faby Apache, Hades, La Hiedra, Lady Maravilla and Lady Shani. Lucha Central had previously reported that Shani would be challenging Taya for the Reina de Reinas Championship at this show, but Roldan confirmed that Taya, like Rush, had prior commitments and thus couldn’t make the show. AEW stars and AAA Tag Team Champions the Lucha Brothers, Pentagon Jr. and Fenix, will be on the show, defending their tag titles against Los Mercenarios members Rey Escorpion and Texano Jr. and Los Jinetes del Aire members Myzteziz Jr. and Octagon Jr. in what could be a show stealer. And Triplemania will open with Poder del Norte members Carta Brava Jr., Mocho Cota Jr. and Tito Santana taking on Maximo, Mr. Iguana and Nino Hamburguesa. This would leave several notable names like Hijo del Vikingo, Taurus, Aerostar and Drago off the show, though it’s possible one or more of those could fill spots in the Marvel match.

As stated, Triplemania XXVIII will take place on December 12th, not December 26th, starting at 8 p.m. EST (7 p.m. CST, 5 p.m. PST) and will air on Facebook Watch and YouTube worldwide, TV Azteca in Mexico and Space in Mexico and Latin America. Lucha Central will provide full coverage of the event.