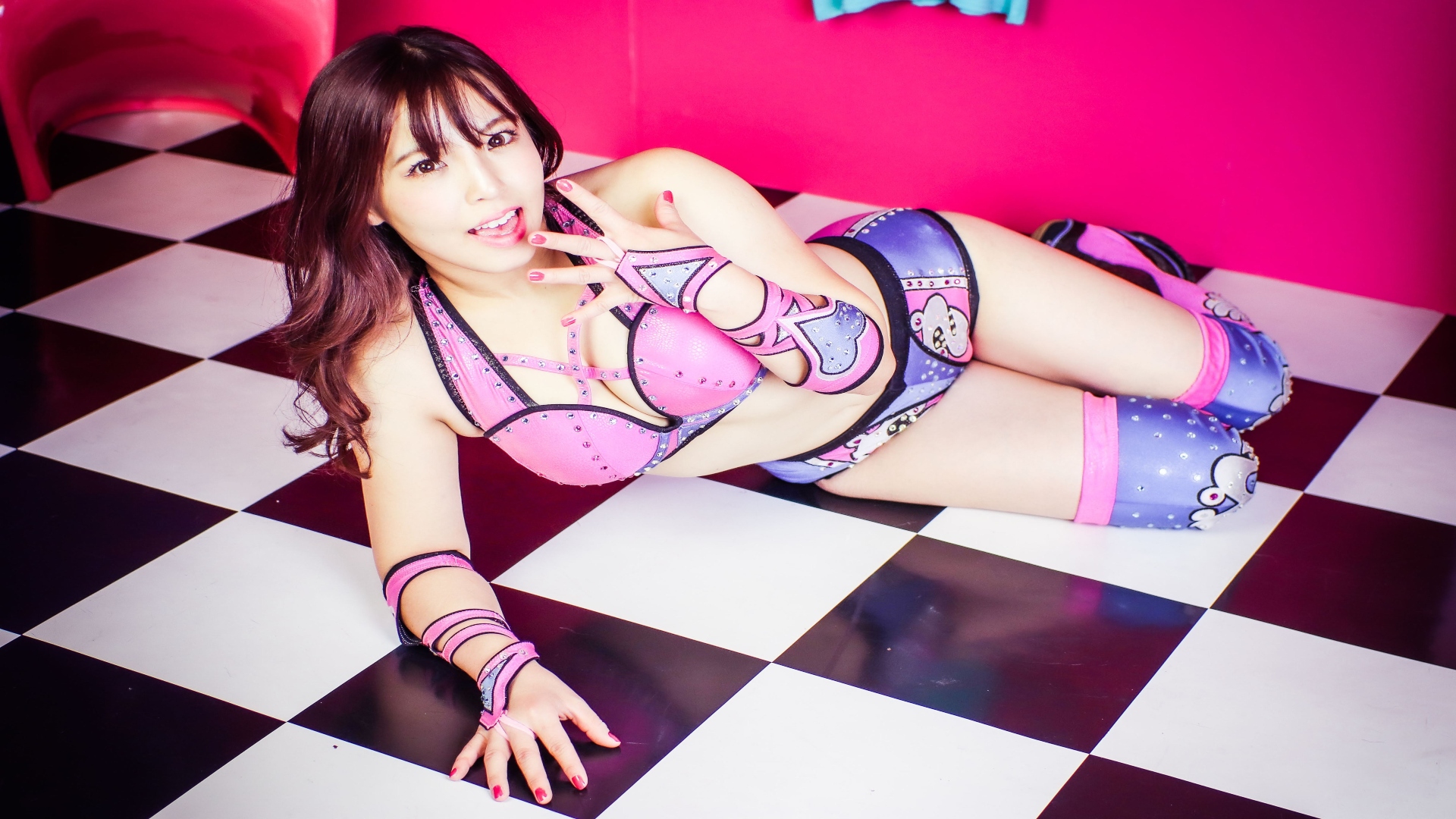 Lucha Central: I guess we’ll start with a simple question; what made you want to become a pro wrestler?

Mina Shirakawa: I was a big fan of pro wrestling. Pro wrestling has saved me whenever I had a problem. When I thought about my life as an entertainer, there were things that I left underdone. It was “becoming a pro wrestler”.

LC: How is it juggling being both a wrestler and a model?

LC: Even though the joshi scene in Japan isn’t what it once was you still have plenty places available to work and train, most notably Stardom and Ice Ribbon. What made you decide that Tokyo Joshi Pro and Best Body Japan-Pro Wrestling were the right places for you to get your start at?

MS: Both companies valued individuality. So, I thought that my career and experience as a gravure idol made a positive contribution.

LC: Back in the glory days of joshi and really Puroresu as whole, one would hear a lot of horror stories about training in the dojos. Would you say your experience training was a lot mellower than it would’ve been say ten to twenty years ago?

MS: I’ve never experienced harsh training in the dojo. In return, independent practice is very important. Whether I can get a chance or not is up to my efforts. So, apart from wrestling practice, every day I practice Jiu Jitsu and do weight-training.

LC: It’s kind of remarkable to think that you’ve only been doing this for a year and yet are already having high profile matches in both TJP and even DDT with the likes of Yuka Sakazaki and Shoko Nakajima? What do you credit for your success thus far and what would you say you still have to work on?

MS: My career is very short, but I have visualized in my mind how I am going to fight for a long time. In addition to this, I could make use of my experience as a gravure idol. I was used to standing up in front of people, so I was able to express myself without being nervous. I think that all my experience helped me to be a pro wrestler.

LC: In your first year wrestling you actually wrestled in a lucha libre match in Mexico, teaming with Marcela, Sanely and Zuzu Divine to defeat Amapola, Dalys, Kali and Lilith Dark. Describe that experience.

MS: This match was second match of my career. Our team won, but I myself couldn’t do much. I had an unpleasant experience, but thanks to this experience I was able to work hard after returning to Japan.

LC: You’ve been lucky enough since your Mexico match to wrestle both Dalys and Thunder Rosa, who is trained in lucha libre, a few times in Japan. What have you been able to learn from both of them?

MS: Both of them had a lot of llave(or submissions) that look good and I was unable to escape easily. They entertained the audience while expressing their power and strength. I learned that I have to fight with the audience in mind.

LC: Shifting gears back towards your previous match in Mexico; from what I can tell you haven’t actually been back since that match. Do you plan on wrestling in Mexico again anytime soon and what promotion would you like to work for?

LC: It’s quite clear the landscape in the Japanese wrestling scene is going through some changes, both with New Japan’s parent company Bushiroad acquiring Stardom and the rumors that WWE will soon be purchasing All Japan in order to start up an NXT brand. All of this is surely going to create a ton of opportunities for someone like yourself. So I’ll end it with a simple question; where do you see yourself fitting in to this shifting joshi/Puroresu landscape in the next five to ten years?

MS: Since my debut as a professional wrestler, my dream has been to become a wrestler who work on a worldwide level. So, these circumstances are great opportunities for me. I would really like to wrestle in the United States of America which is the biggest entertainment country.

Folks! We invite you to follow Mina Shirakawa through their official social media accounts: