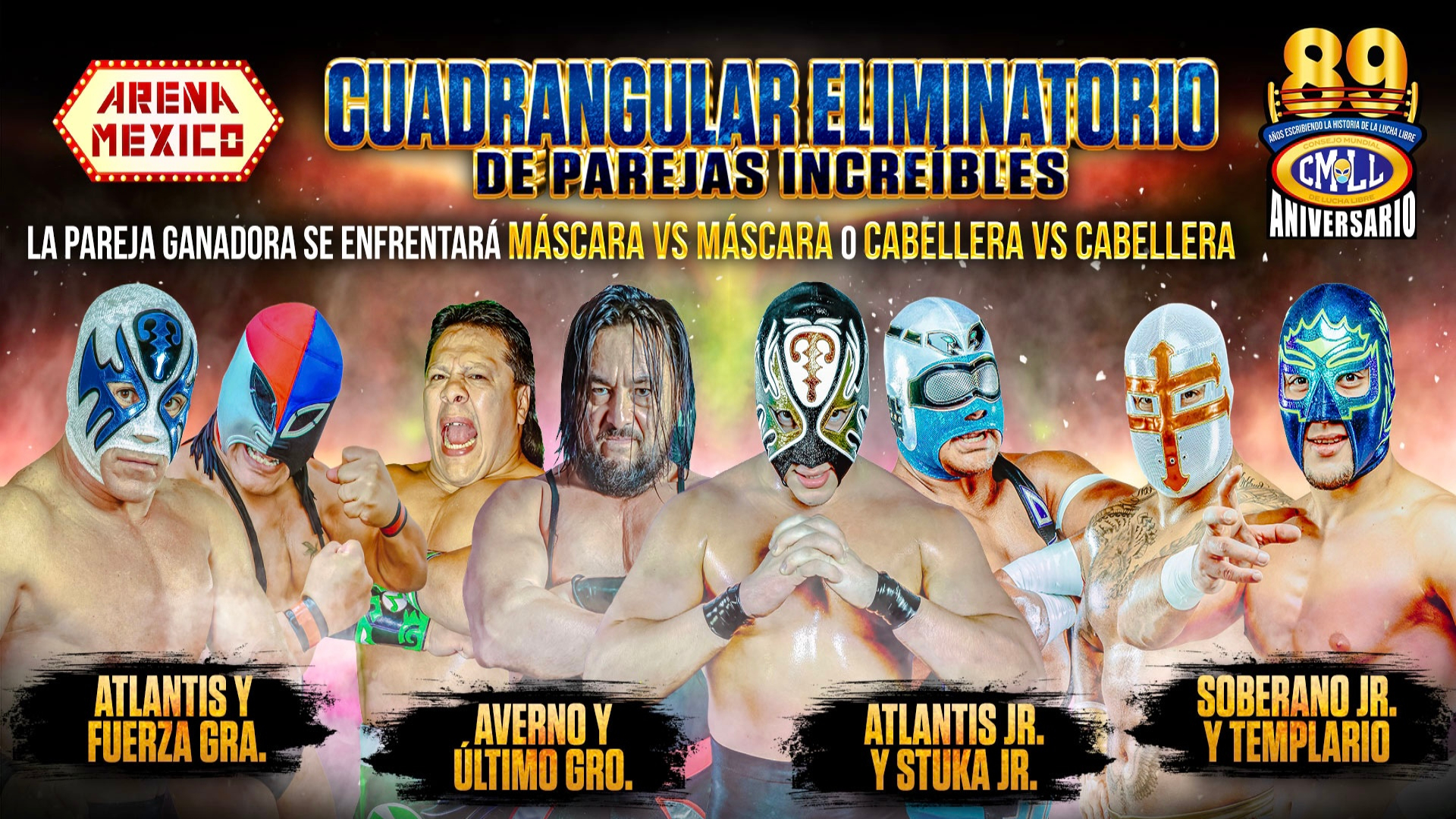 Only one tag team will have the opportunity to face each other in a Apuesta Match. (PHOTO: CMLL)
CMLL News

In recent months several explosive rivalries have arisen in the CMLL, for which for the CMLL 89th Anniversary Show four tag teams will have to face each other in an Elimination Four-Way Pajeras Incredible Match, in whose winners they will have the opportunity to face in a Apuesta Match in the main event of the most important CMLL show of the year.

Soberano Jr., Templario, Ultimo Guerrero, Averno, Atlantis Jr., Stuka Jr., Fuerza Guerrera and Atlantis signed the contract for this match, all with the aim of putting an end to their rivalries in the ring of the Arena Mexico. six masks and two hairs will be on the line.

Nine years later, the CMLL implements a similar modality again, in 2013 for the CMLL 80th Anniversary Show Volador Jr. and La Sombra won the opportunity to face each other in a Mask vs. Mask Match after beating Atlantis and Ultimo Guerrero in Relevo Suicidas Match.

Reyna Isis and La Jarochita will face Mask vs. Mask at the CMLL 89th Anniversary Show