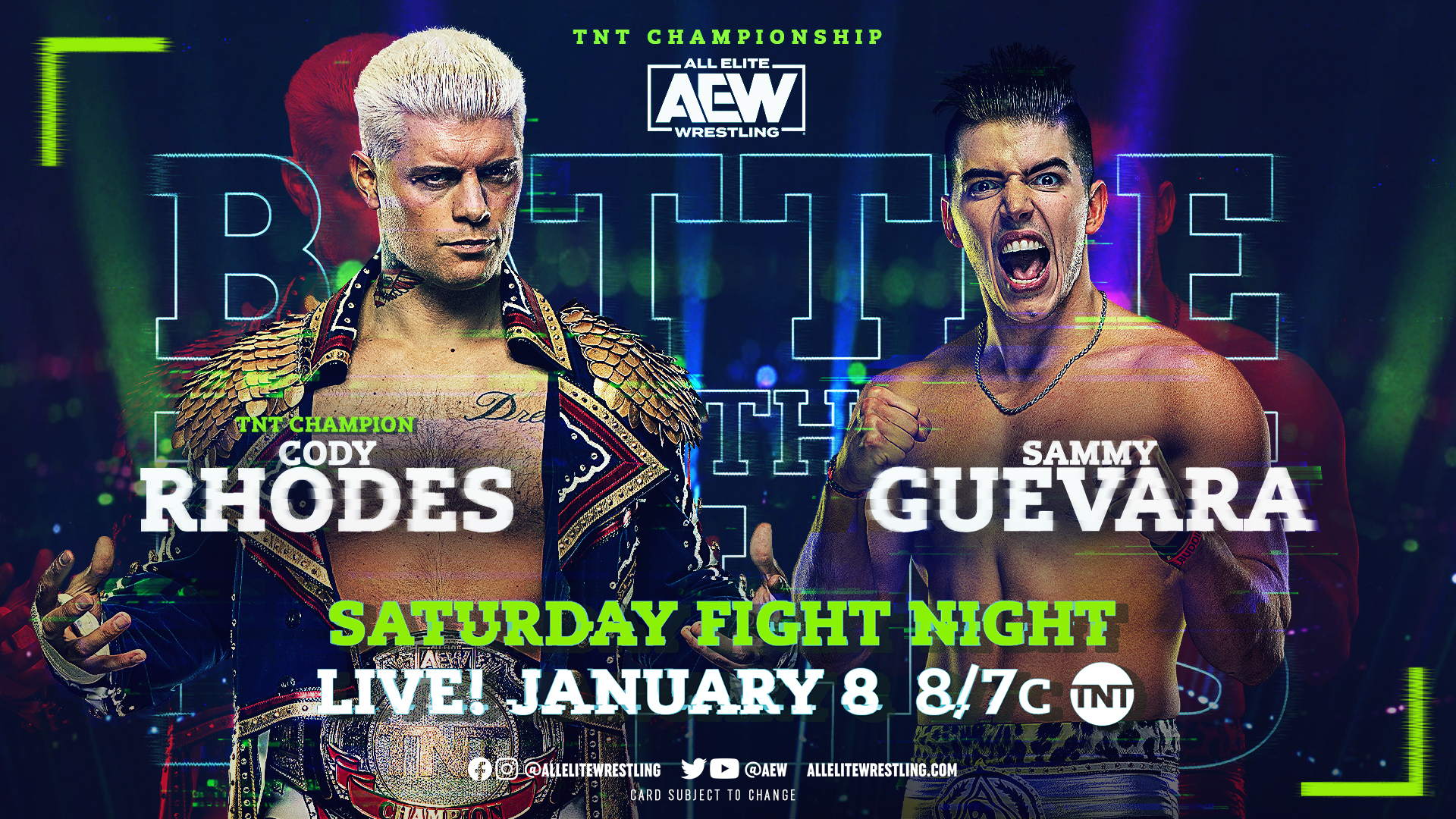 The Spanish God will have his rematch two weeks after losing the title belt. (PHOTO: AEW)
All Elite Wrestling News

Sammy Guevara’s main New Year’s resolution is to recover the AEW TNT Championship and this Saturday, January 8, in the special episode of AEW Saturday Fight Night: Battle Of The Belts, he will have the opportunity to do so when he faces Cody Rhodes in a Title Match.

The American Nightmare will make the second defense of his third reign as AEW TNT Champion, last week on AEW Rampage Cody successfully retained the title after beating Ethan Page.

Cody Rhodes won the AEW TNT Championship for the third time in his career after beating The Spanish God at AEW Rampage: Holiday Bash, ending his 84-day reign of four successful defenses.