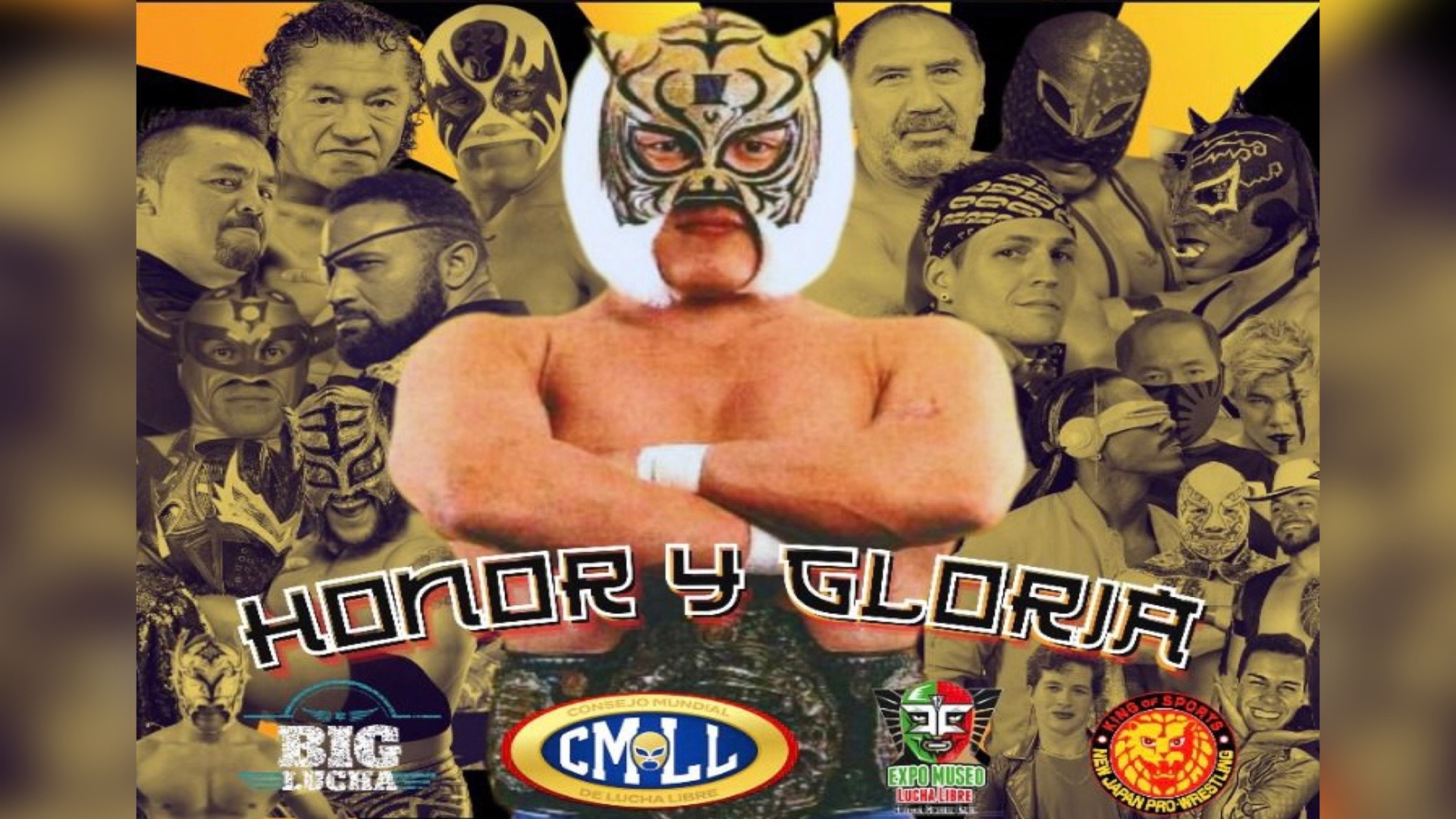 Expo Museo Lucha Libre together with the CMLL, NJPW and Big Lucha will hold the second edition of Honor y Gloria this coming Thursday, August 18 at the Arena Coliseo. This show will be adorned with the participation of great NJPW talents such as Tiger Mask, Rocky Romero and Robbie Eagles. This was confirmed this Thursday by Christian Cymet at a press conference at the Comedor Lucerna restaurant in Mexico City.

This show will be made up of six matches, the main event being a 4-Way Tag Team Match in which Averno & Mephisto will face Rocky Romero & Robbie Eagles, Skayde & Aeroboy and Tiger Mask & Luchador Sorpresa.

The semi final match will be a duel of legends, in which Atlantis & Negro Casas will face Blue Panther & Fuerza Guererra in a Tag Team Match.

For the special event, Action Jackson and Lince Dorado will face in a Single Match.

Honor y Gloria it could become one of the most anticipated events by fans, bringing great wrestler and international legends to Mexico. The first edition took place on June 20, 2019, in the last match of the Jushin “Thunder” Liger at Arena Coliseo, as part of his farewell tour in Mexico.

This will be the second time that Tiger Mask visits Mexico, the first being on August 22, 2009 for DragonMania IV at Arena Mexico. On that occasion he was victorious with Mistico and Shocker over Ultimo Guerrero, Atlantis and Arkangel de la Muerte in a trios match.

Rocky Romero returns to Mexico after passing through CMLL and Lucha Libre AAA, being his last presentation at Arena Coliseo on September 21, 2008 under the character of Gray Shadow.

Robbie Eagles will make his debut in Mexican territory, being the Australian’s first direct contact with lucha libre style in one of the most iconic venues of this sports entertainment.

This coming August 19, Tiger Mask, Rocky Romero and Robbie Eagles will be part of the international team at the 17th edition of the CMLL International Gran Prix, representing Japan, Cuba and Australia.