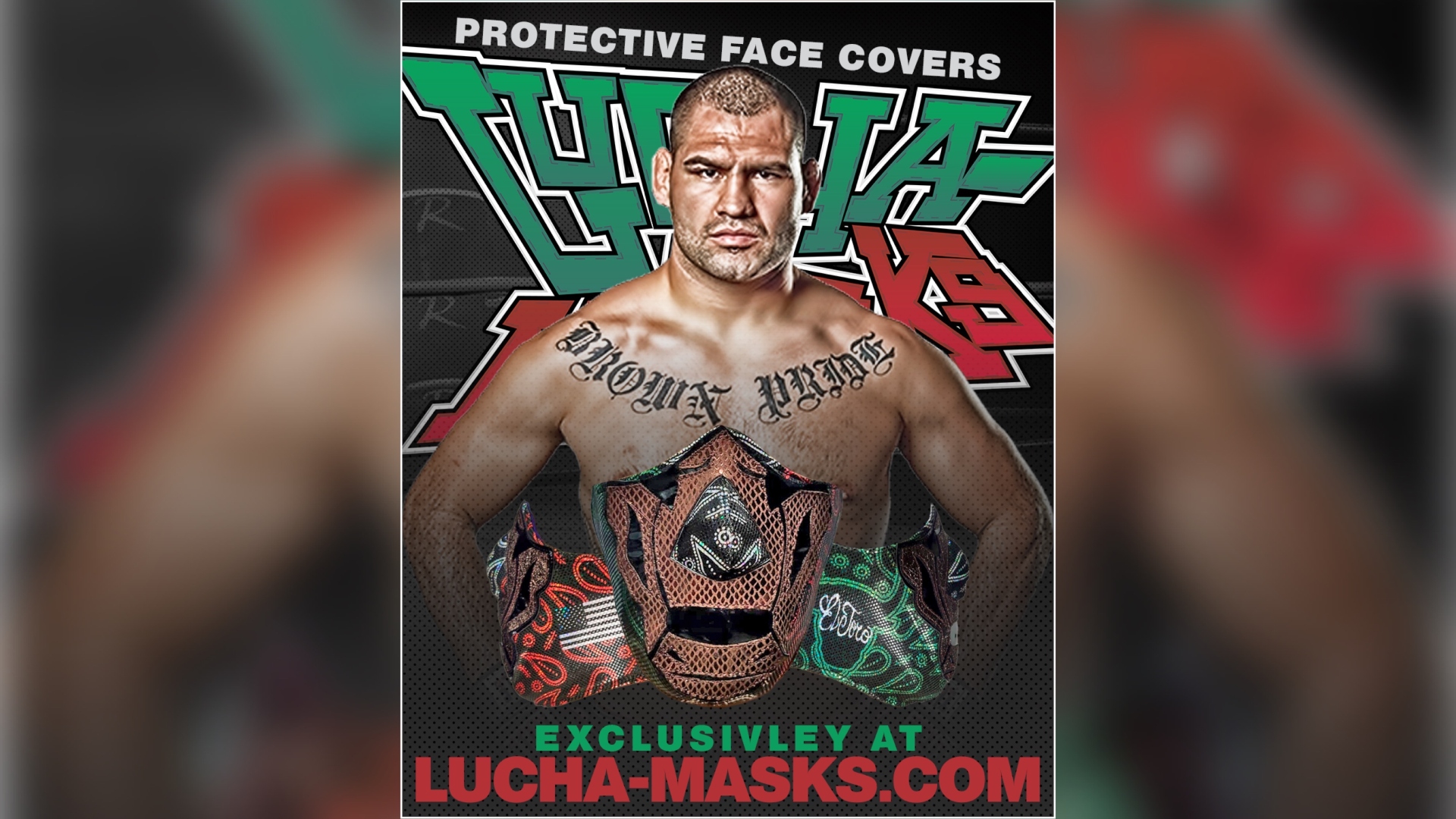 Now, former UFC Heavyweight Champion and former WWE Superstar Cain Velasquez has joined with the site to release a PPE version of the mask he wore in his pro wrestling debut for Lucha Libre AAA in 2019. The mask, originally designed by famous lucha gear designer Oscar “Shock” Garcia, features Cain’s “Toro” persona and pays homage to both the Salinas, California born star’s Mexican and U.S. heritage.

Velasquez, made headlines when after two amazing appearances with Lucha Libre AAA, headlining their biggest event of the year in Mexico and then their first New York event in more than 20 years, he was signed to the WWE where he wrestled alongside lucha libre legend and former WWE World Champion Rey Mysterio.

But before he ever stepped in a Lucha Libre AAA or WWE ring, Velasquez began his lucha libre training in San Jose, CA at the Pro Wrestling Revolution Training Academy. Now, he’s teaming with the school to give back to his home community. 100% of the profits from the sale of his mask will be donated to Second Harvest of Silicon Valley (https://www.shfb.org) whose mission it is to “lead our community to ensure that anyone who needs a healthy meal can get one.”

Only a limited quantity of masks are being produced for Lucha-Masks.Com by their partner mask maker in Guadalajara, Mexico. Each mask is handmade using authentic lucha libre mask materials. Orders for Cain‘s mask will begin on June 20, 2020. exclusively on the site.