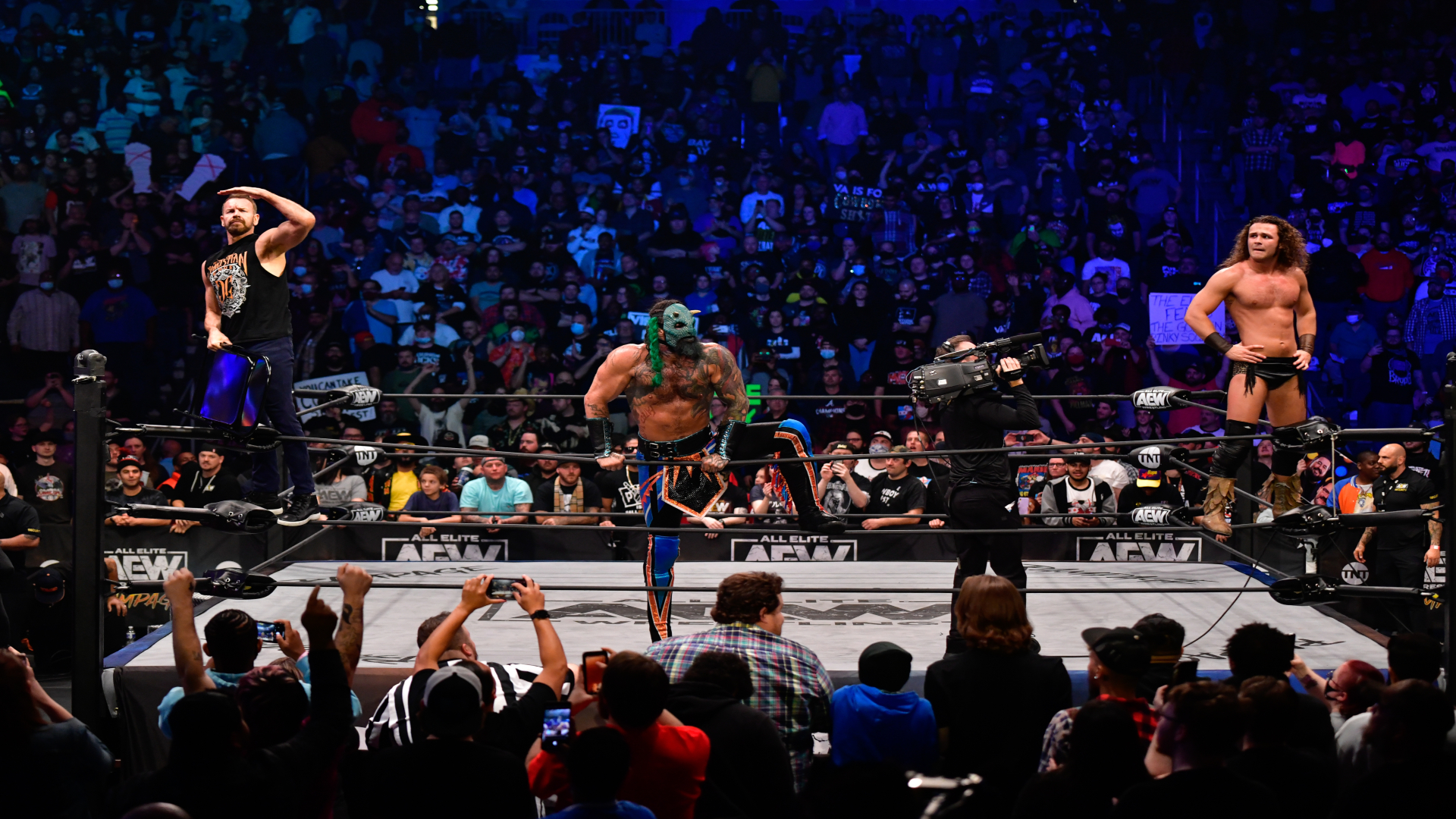 All Elite Wrestling held the episode 15 of AEW Rampage at the Chartaway Arena in Norfolk, Virginia, in whose Main Event, The Jurassic Express defeated Adam Cole & Bobby Fish by submission with a Snare Trap from Jungle Boy on Bobby Fish in a Tag Team Match.

Jade Cargill advanced to the next round of the AEW TBS Women’s Championship after beating Red Velvet by pinfall with a Jaded Plus Pumphandle Face Plant.

In the opening match, Darby Allin with Sting defeated Billy Gunn by pinfall with a Coffin Drop in a Single Match.