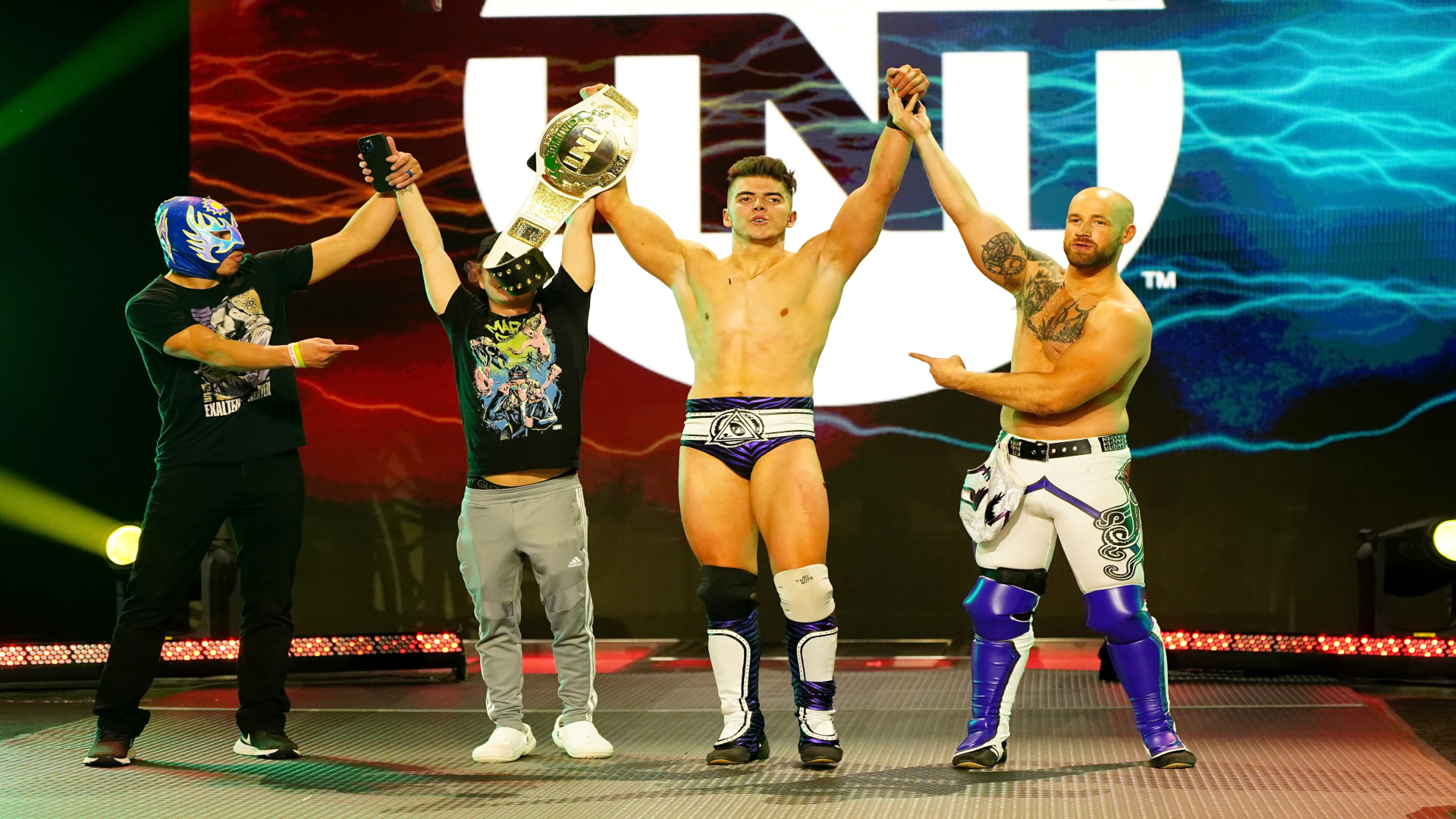 All Elite Wrestling held the episode 104 of AEW Dynamite at the Blue Cross Arena in Rochester, New York, in whose Main Event, Sammy Guevara won the AEW TNT Championship after beating Miro by pinfall with the 630 Senton in a Title Match.

In the women’s division, TayJay defeated Hardy Family Office by submission with a Bodyscissors Sleeper hold from Anna Jay on Penelope Ford.

In a backstage segment, Andre El Idolo told the Legends of Lucha Libre superstars Penta Zero M and Rey Fenix that he has some friends interested in facing them in a Title Match for the Lucha Libre AAA World Tag Team Championship.

.@AndradeElIdolo has some friends who want to take the @luchalibreaaa Tag Team Titles from the #LuchaBros – Tune in to @tntdrama NOW to watch #AEWDynamite LIVE! pic.twitter.com/47G1KXHcb2

In the opening match, Adam Cole defeated Jungle Boy by pinfall with Last Shot in a Single Match.