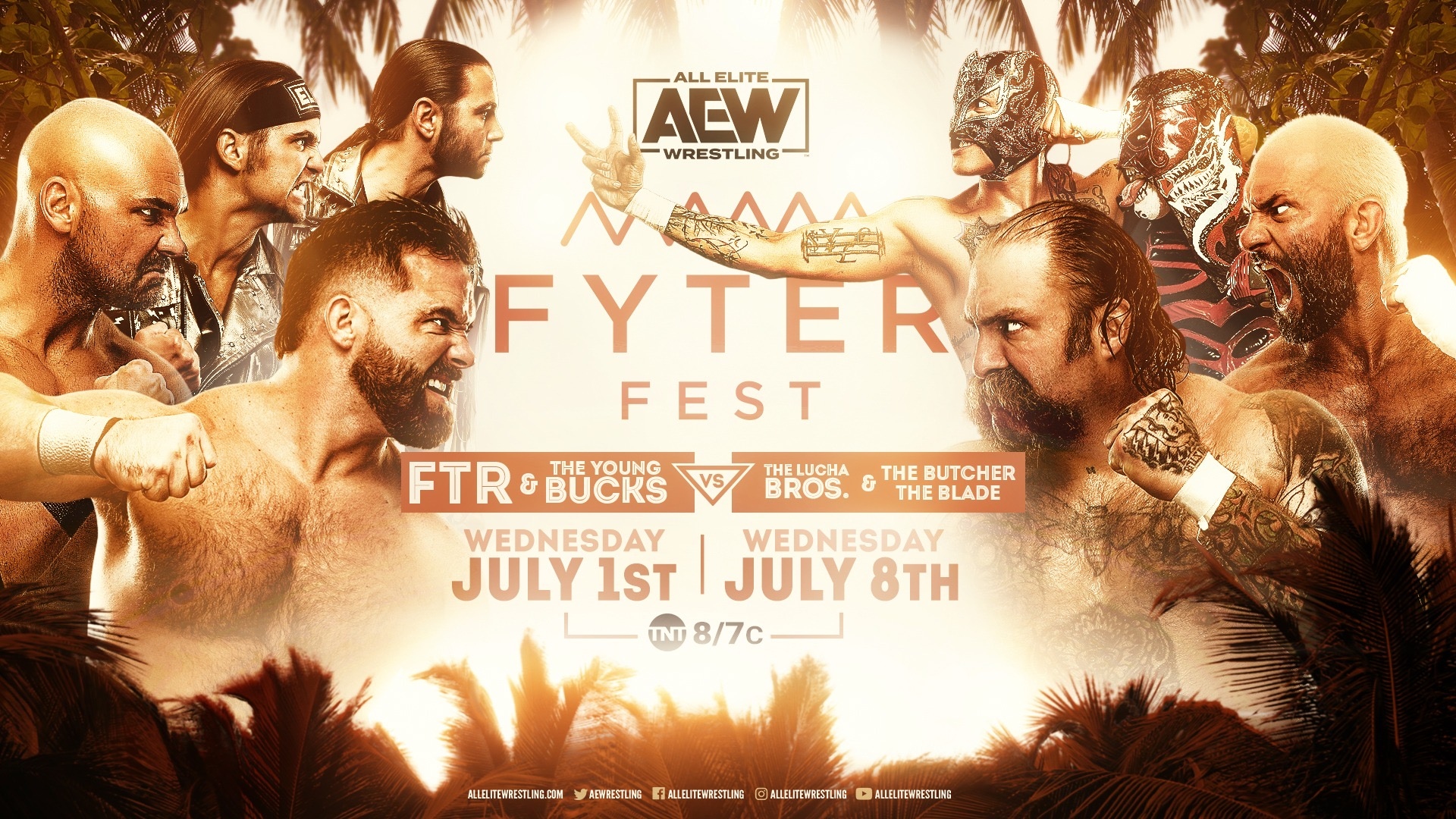 The Young Bucks & FTR Vs. Lucha Brothers and The Bucker & The Blade at AEW Fyter Fest (PHOTO: AEW)
All Elite Wrestling Event Review

The Lucha Brothers will be part of AEW Fyter Fest

All Elite Wrestling held the episode 38 of AEW Dynamite at the Daily’s Place in Jacksonville, Florida, in whose show FTR (Dax Harwood & Cash Wheeler) defeated SCU (Chirstopher Daniels & Frankie Kazarian) in a tag team match. After the match, the Legends of Lucha Libre stars Pentagon Jr. & Rey Fenix appeared surprisingly to attack FTR, thus marking their return to AEW. It was announced that the Lucha Brothers will be part of the AEW Fyter Fest event this coming July 8 in an eight-man tag team match with The Bucker & The Blade against The Young Bucks & FTR.