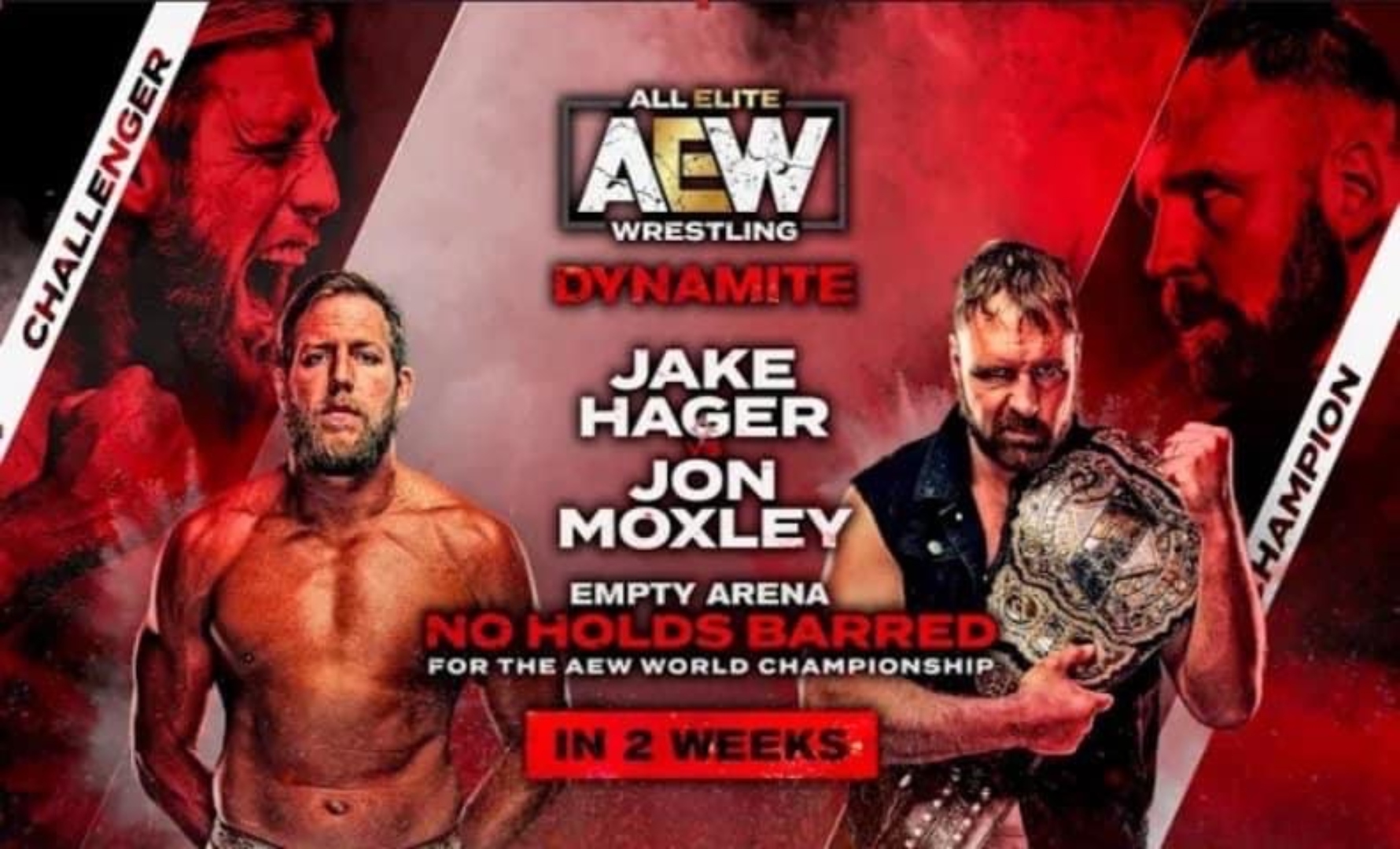 All Elite Wrestling held the episode 26 of AEW Dynamite, in whose show AEW confirms that in two weeks, Jon Moxley & Jake Hager will face in an Empty Arena No Holds Barred match for the AEW World Championship.

The AEW TNT Championship tournament will begin next week, with the finals taking place at AEW Double or Nothing PPV.