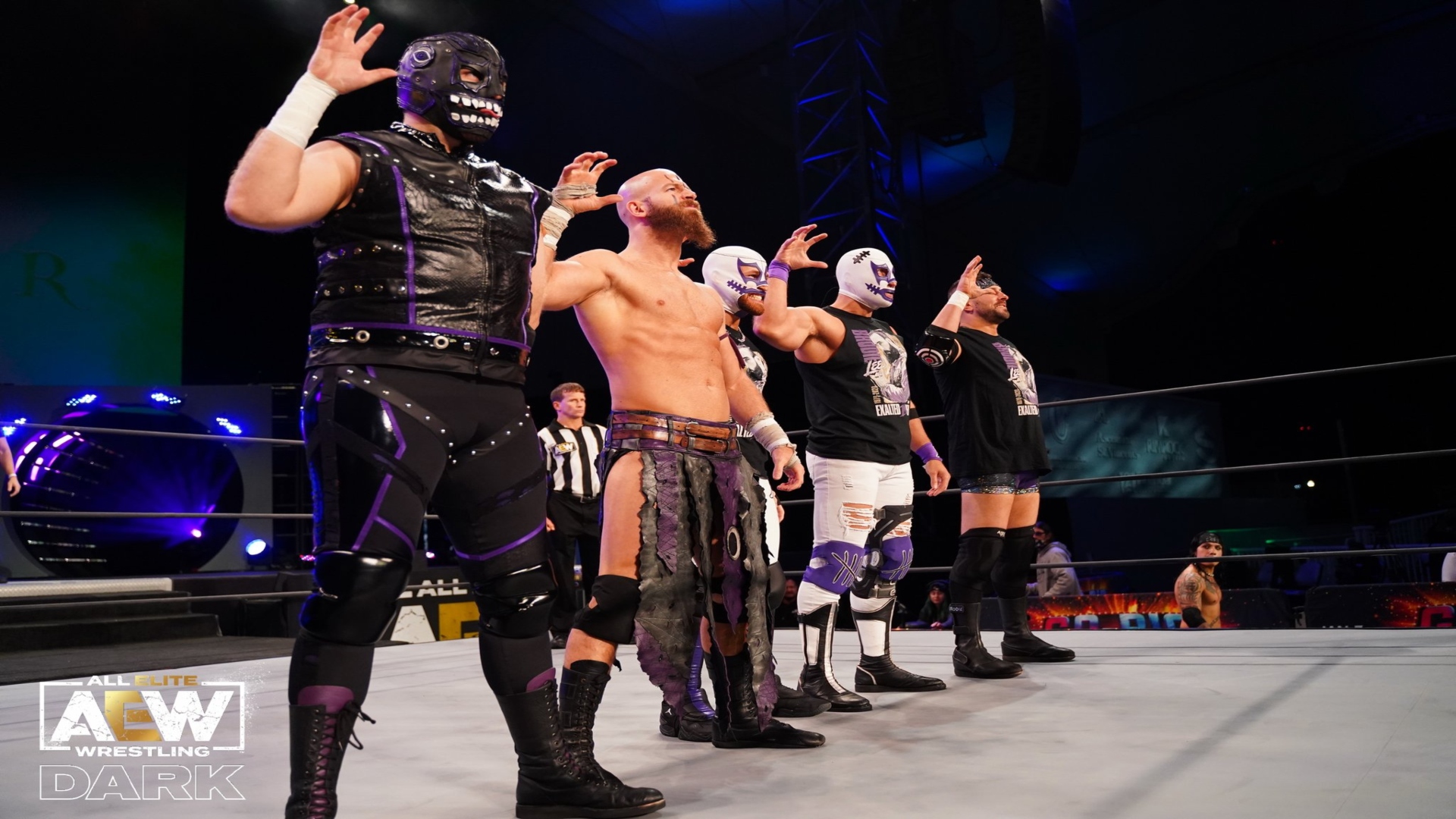 Part of the charm of AEW Dark is that it’s generally two to two and a half hours of wrestling matches that range from passable to good, with a whole lot of Excalibur and Taz being hilarious in between. Tonight it was that, except it was only an hour and a half and the matches were more forgettable than usual. Don’t get me wrong; there was some good stuff on this show, but it’s lower end good stuff compared to some of the other Dark’s we’ve gotten. Then again that’s fine for a whole that only lasts an hour and a half and allows me to get podcasting a bit early. So let’s wrap this up quick shall we? If you missed Dark picking concrete out of your washing machine, here’s what happened.

Ricky Starks defeated Mike Verna after pinning Verna with a Spear. If you like Ricky Starks running over fools then this was for you. Verna got a few offensive moves but overall this was just Ricky dominating him before spearing him as if Verna was Rush and Starks was LA Park. As such it wasn’t something you really need to see unless you really just enjoy Ricky Starks ruining someone. Then it was good I suppose! * ½

Jungle Boy & Luchasaurus (Jurassic Express) defeated Fuego del Sol & Ryzin after Jungle Boy submitted Fuego with the Snare Trap. Another week where Fuego thought he may hit the Tornado DDT, another week when reality was all like…

This was good and got better towards the end. Jurassic Express is a great and was great again here, with Luchasaurus providing another strong hot tag while Jungle Boy was fantastic, especially with Fuego del Sol. Those two had some awesome sequences as Fuego continues to be one of the MVP’s of Dark. Ryzin did his usual “I’m not great, but I make everyone look good so there’s that” routine and he was appropriately mean to Fuego considering Fuego is a face and Ryzin is, well, not. So yeah; good stuff. ***

Tay Conti defeated Marti Daniels after pinning Daniels with the TayKO (Go To Sleep out of the Window’s Peak position). This was all about making Tay look like a world killer going into her match with Serena Deeb tomorrow. It worked; Tay looked really strong, showed off her impressive hybrid wrestling/judo skill and dominated Daniels, the Salt Lake City product who showed very little outside of an awesome Nirvana inspired entrance jacket. That will happen when you’re getting squashed. Did it’s job and made Rob Viper happy, so I’ll call this a win. * ¾

Alan Angels, Colt Cabana, Evil Uno, Preston Vance and Stu Grayson (Dark Order) defeated Adam Priest, Danny Limelight, Shawn Dean, Zack Clayton and Vary “I look like Juventud Guerrera but am, in fact, not Juventud Guerrera” Morales after Uno pinned Priest following Fatality! Borderline good match that wasn’t quite good because some of the guys against Dark Order (*cough* Zack Clayton *cough) were no good or didn’t do a whole lot. The Dark Order was collectively strong however and that coupled with the usual good performances from Danny Limelight and Shawn Dean made this worth watching. If only Fuego del Sol had been in for Clayton; what a 3 star match this would’ve been. ** ¾

Powerhouse Hobbs defeated Louie Valle after pinning Valle with the World’s Strongest Slam. Total annihilation by Hobbs here; Valle I’m pretty sure did nothing except get owned by both Hobbs and Hook (excuse me; I mean HOOK!), who owned Valle with a great toss towards the end of the match. Afterwards Hobbs hit another World’s Strongest Slam on Valle because why the hell not? Are you going to tell Powerhouse Hobbs what to and what not to do? I didn’t think so. NR

Red Velvet defeated Leva Bates after pinning Bates with a Running Side Kick. Upset? Upset. This was probably the best I’ve seen from Leva Bates and would’ve been even better if her and Velvet hadn’t gotten wobbly towards the end of the match. You’re never going to get a ton out of Bates as a worker but she’s got a great personality and tries hard, and for the most part this worked here. Well other than she was running that is. Velvet was, as per usual, really strong and got a deserving win here, one I wasn’t sure she’d get. Good to know AEW still has decent plans for her even with Brandi Rhodes out having her child. **

This match could’ve gone better for him though. It wasn’t bad, it was just more that he didn’t entirely click with Reynolds and the Meat Man, who found themselves standing around waiting for Suicide to do some of his high flying stuff. The opening sequence between Suicide and Reynolds was good though, and the rope walk moonsault and sideways shooting star attempt were really well done. Navarro, making his Dark return, was fiery and solid and what can you say about the Meat Man that hasn’t already been said about The Abyss; he was majestic and awe inspiring. Not quite good but watchable. Now hopefully Suicide sticks around and starts hanging out with Angelico and Jack Evans again. The people want it; THE PEOPLE NEED IT! ** ¾

Brian Pillman Jr. & Griff Garrison (Varsity Blondes) defeated Aaron Solow & Lee Johnson after Pillman pinned Johnson after a Powerbomb/Dropkick combo. Good match! Lee Johnson is money; the match was going okay and then Lee got the hot tag, ran wild and the match was humming. He’s going to be a star one day and yes, I know, I’ve said that at least 9,001 times. Aaron Solow was on the money too; he and Johnson made a great team, one that AEW would be wise to keep around on Dark. Pillman and Garrison aren’t as flashy as their opponents but they’re good at what they do (hitting people hard), fed well for their more athletic opponents and did I mention they hit hard? There was one Pillman superkick in this match that was so good the Bucks probably sent him a C&D afterwards. After the match Peter Avalon, who was on commentary, gave Johnson an 8X10, that Johnson didn’t throw down in disgust. Imagine betraying the Nightmare Collective for PPA. *** ¼

Anna Jay defeated Alex Gracia after submitting Gracia with the Queen Slayer. Short but well done match. Gracia looked very good early controlling the offense before giving way to Anna Jay, who once again showed strong improvement in skill and confidence. It really again comes down to her expanding the move set; once that happens she’s going to be a superstar. I don’t think it even went four minutes but for the time they got both made the most of it. ** ½

Serena Deeb defeated Tesha Price after pinning Price with the Detox. This match had some very weird things. First Price got the jobber entrance despite the fact that she’s been featured on Dark many times. Second (and perhaps the reason for the jobber entrance) she was accompanied by a random ass dude who looked like an unholy cross of Zack Ryder and Robbie E. We didn’t get a name of this joker either so yeah…no clue what was going on. 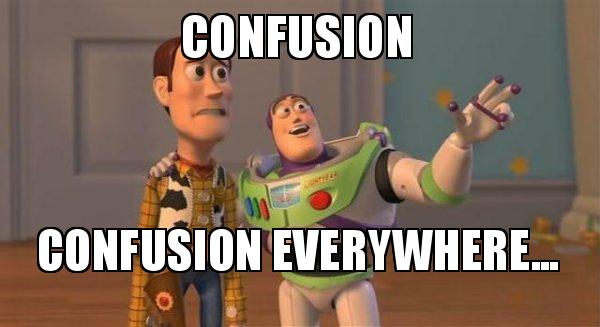 Fortunately Serena Deeb was also involved in this and, shocking development, Serena Deeb is the best. This was pretty much total domination and it was glorious because Serena is awesome; her offense was absolutely dynamite here, with a great sitout clothesline and tremendous swinging neckbreaker/suplex combo. Like Conti this match was designed to make Serena look awesome going into the match tomorrow and aside from me being just baffled by the Tesha Price presentation, I’d dare say it worked. **

Bear Boulder & Bear Bronson (Bear Country) defeated Baron Black & Nick Comoroto after Bronson pinned Black with an Assisted Splash off Boulder’s shoulders. Bear Country gets their first W; somewhere Shawn Dean and Lee Johnson are wondering where it all went wrong. This match was fine and then got borderline good once Comoroto came in with the hot tag. How many more of these former WWE prospects have to leave, come to AEW and then look good before we start to wonder if the PC has a problem? Wait I don’t need to wait; it has a problem! That’s a story for another time though. The point is Comoroto looked really good and with his look should become the caveman of Jurassic Express as was suggested a few weeks ago. Black sadly didn’t get a ton to do and Bear Country was Bear Country, which is to say a lot of pulverizing, big meaty fun. Now let’s put them against the Bucks and make some magic happen. ** ¾

Dante & Darius Martin (Top Flight) defeated Luther & Serpentico (Chaos Project) after Dante pinned Serpentico after kicking Snake Man’s head all the way back to Puerto Rico with a Cheeky Nandos style Shotgun Dropkick. It’s been a tough week for Serpentico; last week he took the Splash by Snoop Dog, then tonight he got his ass kicked by Luther (par the course) and Dante Martin (not par the course). In fact Dante beat him up worse than Luther did! It’s like that part in Red Dead Redemption 2 at Shady Belle when Arthur looks like he was going kick some ass and then instead Sadie is the one turning the Lemoyne Rangers into mulch.

Anyways, this was fun. I understand why some may not like Luther but Chaos Project on the whole is just delightful between Luther’s screaming, Luther beating up Serpentico and Serpentico just, you know, being himself. They’re always fun and Top Flight is majestic and were again here. Generally it’s been Darius recently strutting his stuff but this match was about Dante, who got the hot tag and then proceeded to rock and roll with some awesome offense. That neckbreaker/DDT spot he pulled off on Luther and Serpentico? Stupendous stuff. Darius was good too, he just took more of a backseat to his brother this time around. Good match, good win for the brothers. ***

That’ll do kids. See you around the bend.