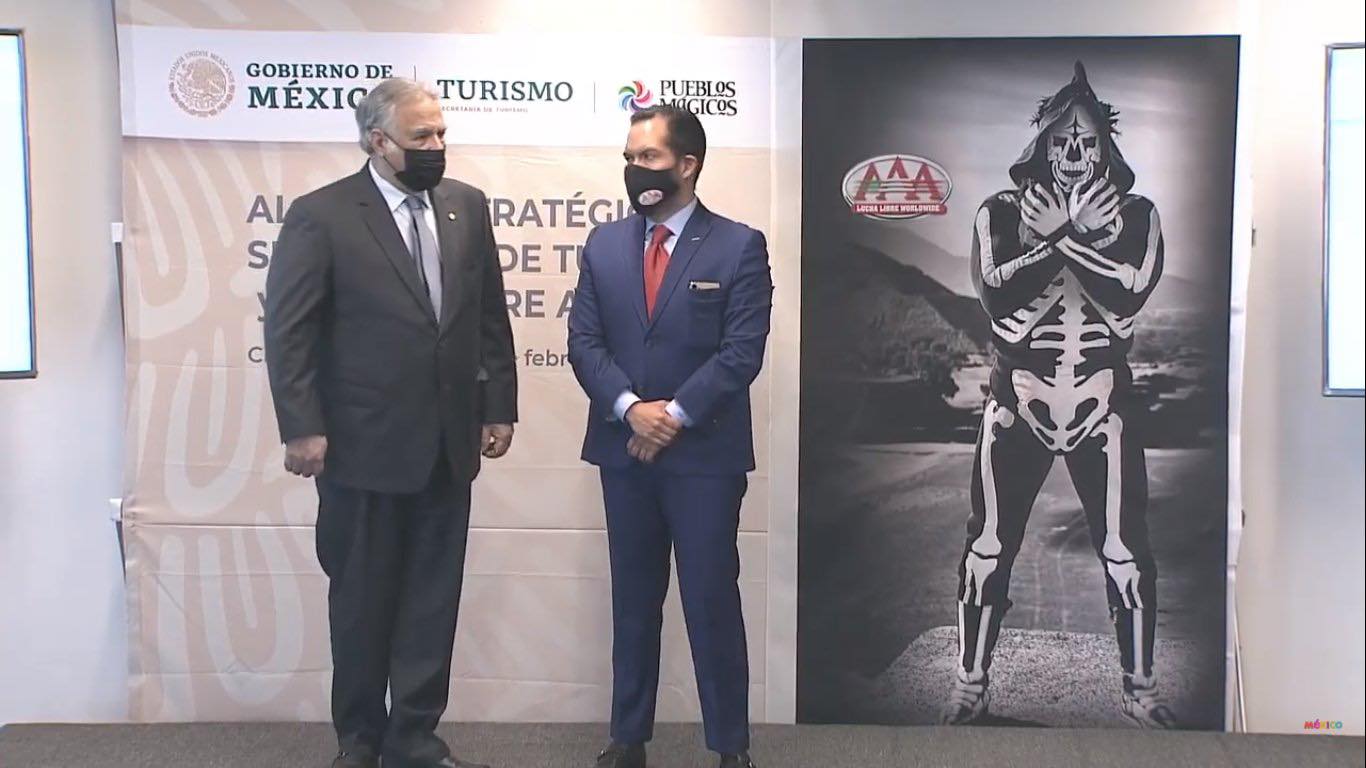 Lucha Libre AAA is Back (Again), Will Run Shows in Popular Tourist Destinations

I feel like I’m saying this every two months or so now but here we go again; LUCHA LIBRE AAA IS BACK! Or they will be back I should say. At a press conference this morning, in conjunction with the tourist department of Mexico, the promotion announced they will be running shows again at famous tourist destinations throughout the country. It was also announced the first show will take place in the central state Tlaxcala, with more information to come in the next few days. Other possible destinations were shown in red on a color coded map, which you can see below.

Beyond that information was largely scarce. Lucha Libre AAA luchadores will also serve as ambassadors to the tourist department as part of this deal, and the shows (at least initially) will be held without fans, similar to Triplemania this past December. No dates set for these shows, including the Tlaxcala event; the dates will be determined by the epimideological traffic lights of each state (aka the status of COVID-19 infections in each state). As such there was no information on any cards regarding these shows and no questions were taken nor if they would be available to view, though that remains a tricky subject due to Lucha Libre AAA‘s ongoing legal issues with Lucha Libre Factory Made Ventures.

Lucha Central will continue to provide updates on this developing story in the days to come.