CMLL Tuesday Preview: Down in the Hole

Boy oh boy has the mood in the room changed towards CMLL sports fans. It wasn’t that long ago that Paco Alonso’s baby was, arguably, the best promotion running this year thanks to the arrival of indie stars Pentagon and Fenix…I mean King Phoenix, and the red hot feud between LA Park and Rush that seemed destined to headline the 85th Aniversario. Naturally CMLL did what they and WWE seem to do best; the bungled it all up due to front office stupidity, which has led to diminishing returns from the Friday shows and an Aniversario main event that now appears to be either a cage match, Matt Taven and Volador against Cavernario and Rush or Volador vs. Rush. In other words, three matches that no one wants to see right now because we all wanted LA Park vs. Rush! Thus it’s kind of a downer being a CMLL fan right now, what with there being nothing anyone can do as CMLL has successfully gamed the system enough that no individual boycott will make a difference (even still, if you feel strongly enough about how much CMLL screwed this up, don’t watch. It won’t affect their direction, but standing up for what you believe in is always better than just going with the flow). Oh, and because this Tuesday show I’m about to preview is the drizzling shits. Don’t believe me? Let’s dive into the preview so you can see for yourself.

What to Expect: Is it just me or is CMLL actively trying at this point to put together the worst opening matches they can on Tuesday, week after week? It’s either that or they’re trying to distract our anger over LA Park-Rush not happening by making us angry about shit like this. Little does Paco know I’ve long stopped caring about the Tuesday opener! But yeah, this will suck more than watching A Good Day to Die Hard.

Winners: The rudos win in three falls show horrifying they should be banned from being shown ever again.

What to Expect: Last week Star Jr. led a young technico team to a surprising victory over a unit of grumpy old rudos. His reward; attempting to do the same thing this week against an even grumpier, less talented trio of rudos.

Hey at least Star Jr. can look forward to one thing being the same as last week; this match will in no shape or form be good, what with the rudos slumming it at Astral, Eléctrico and Star Jr. all being neutered. Wait…that’s not a good thing to carry over. Ah who cares? This will be an eyesore that won’t even have the lone shining moment of the technicos getting a victory to make us feel better.

Winners: The rudos in three more agonizing falls. Good Grodd the start of this show. It’s like the last five years of Johnny Depp’s career.

Winner: Amapola takes it in about six minute with the Angel’s Wings. Or is the Devil’s Wings? I can’t tell these damn moves apart these days.

What to Expect: This match is exactly the same thing we just got on Friday is it not? The only difference is Blue Panther is in for his son and Guerrero Maya is replacing Esfinge, the greatest upgrade since Arkham Asylum was replaced with Arkham City. Otherwise same damn rudo team and same damn Rey Cometa on the technico side. Sadly it’ll probably be the same quality we got Friday. Esfinge was very much weighing that match down but even still it’s not like Rojo, Okumura and Pólvora were going all out. And that was a Friday show with Kazuchika Okada on it! All of which is to say even a game Cometa with Panther and Maya likely won’t make a difference. Alas this will still probably end up being the best match on the show, which should tell you all you need to know about this show.

Winners: The technicos finally get on the board with a three fall victory. Let the record show that this would be the first technico victory on a streamed Arena Mexico show since last week. That’s right; the rudos won every match on Friday and I have them winning every match on this show to this point. The “CMLL is depressing” levels are off the charts right now.

What to Expect: Finally something to smile about! Last week CMLL hinted at yet another Titán-Mephisto feud on a Tuesday and, what do you know, they’re paired against each other again this week! This is good because Titán and Mephisto had won of the ten best matches I’ve seen in 2018 back in January and (while I haven’t seen it yet) their match in Guadalajara a few weeks ago was supposedly not far off from that early year clash. So unless CMLL has decided to go full Stuka-Hechicero on us, this match should be happening next week and is almost guaranteed to tear the house down.

There is some bad news to go along with this development sports fans. And by that I mean this match will very likely just be okay. It’s a buildup match and those generally tend to be more about about that and less about match quality after all. There’s also the fact that Ephesto is involved and like Esfinge, his major quality appears to be making everything he’s involved in worse. But this is a minor quibble and quite frankly this match wasn’t going to save the show regardless. The important thing is it exists to set up a potential Match of the Year contender next week and for that alone I’m a fan.

Winners: Mephisto fouled Titán for the DQ last week so that means Titán gets his revenge this week by pinning the CMLL World Welterweight Champ in the third fall to give his team the victory. Challenges will follow and I will proceed to get hyped!

What to Expect: If you traveled back to a year and a half ago and put this match on the Friday show, this would’ve been something. IT WOULD’VE BEEN A CONTENDER! Instead now it’ll be a decent Tuesday match where the Dinamitas make Atlantis look alive again for a few seconds, with a few cool Soberano/Mistico spots and an extended control sequence by Cuatrero, Forastero and Sansón thrown in. In other words, your typical Tuesday main event! At least it’s better than some of the other stuff on this show.

Winners: The technicos send the fans home happy with a victory after Atlantis attempts La Atlantida on one of the Dinamitas. Will he get it or will he turn it into a side slam? Find out…TOMORROW!

And with that I’m off to do other stuff until tomorrow when I’ll review this show. One of those things may be posting results of the Puebla show tonight! You’ll just have to wait and see sports fans. Till later! 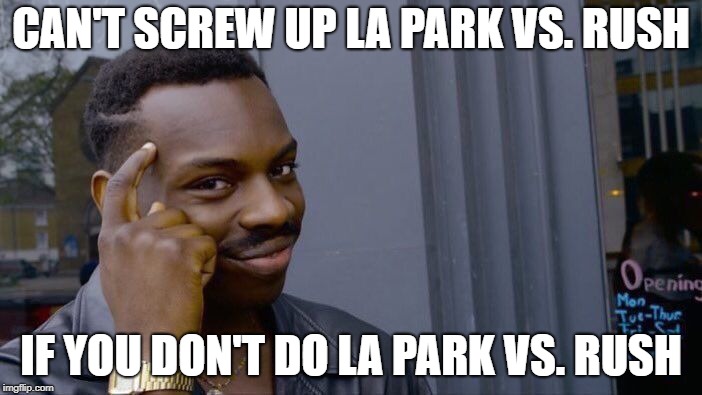