As CMLL was about to start two hours ago, I was convinced I wouldn’t be able to watch it. Curse you Claro Sports and your practices of region blocking! Luckily the problem was resolved and I ended up catching the whole show. Is it sad I wished I had played Spider-Man instead? Things largely turned out as expected; the cibernetico was the best match on the show and everything else was just kind of there. The one problem was the cibernetico, despite being good, wasn’t as good as hoped and combined with the rest of CMLL’s weird booking decisions…yeah. At the end of the day all you can do is a) thank Grodd CMLL booked Templario to win and b) thank Grodd LA Park, Fenix (oops! I mean King Phoenix) and Pentagon will be on the show next week (as announced during the show). Oh, you can also review the show, which I shall do now!

The good news; I was far more entertained by this match than I expected to be. The bad news; I was entertained for all the wrong reasons. This was like the “I’ve been bitten (SO HAVE I!)” scene from The Amazing Spider-Man, especially in the final two minutes where everything that could go wrong did. Star Jr. tried a cool rope move, couldn’t do it and looked like a dumbass. Misterioso seemed incapable of catching/basing anything. Sagrado tried an Astro Whip Headscissors and nearly slipped five different times. Only Príncipe Diamante escaped humiliation and that’s because he didn’t do anything at all. Classic Príncipe Diamante! You can’t entirely hate on the guys cause they were trying; not as much as Misterioso did last week but there was effort there. They just came nowhere close to executing and as such the match was hysterically bad. A new low point for CMLL openers despite featuring guys who should be better.

CMLL is back experimenting with these two fall matches again. Sadly this one wasn’t quite on the level of the one from a few weeks ago that featured Rojo and Pólvora watching Audaz go nuts. It was far better than the opener tonight at least. I thought all guys tried, Drone had a few good moments (including a cool sliding Splash to the floor on Okumura) and it felt like this could’ve been legitimately good if they had been given the time. They just weren’t given the time. Such is life in a two fall CMLL match I suppose. I’m all for CMLL trying new things and I think this two fall thing could work…if they mixed it up, didn’t have the rudos win all the time and didn’t do it almost every show. Oh and always kept it fast and entertaining like the one from a few weeks ago. This match was sadly a two fall match that felt like it should’ve been three.

Let’s start with the bad news sports fans; this was not as good a match as we were all hoping. I’ll give you all a moment to let the emotions out.

Let me be clear before we go further into this; the match was still very good. Frankly I thought it was better than a lot of people on Twitter thought. Sure the crowd could’ve been better but a) none of these guys are main eventers, b) CMLL has given fans very little reason to care about any of them and c) dead crowds don’t mean bad matches, bad matches mean bad matches. And this was still a very good match. The problem was that CMLL made the critical decision of ditching Audaz early and relying on Flyer and Esfinge to go deep into the match. I love Flyer, but it wasn’t his best night and while Esfinge was better than usual…I mean it’s still Esfinge. Even if Hayden Christensen does better than you expect, you still don’t want him taking up the most screen time. Give either of their slots to Audaz (thus giving him more time to work his magic) and I think this match has a bit more of a jolt. Instead CMLL dumped him early, didn’t give guys like Guerrero Maya or Tritón a moment to really go nuts and thus the match ended up feeling like a well worked, sometimes exciting but not as good as it could’ve been cibernetico. This is how you make ciberneticos go from must see to “they’re doing way too many and I need to break something!”

Now to the good news sports fans; Templario won the match! Yes CMLL did indeed go with a rudo here and I’m pretty sure they went with the right one, who edged Esfinge in the end to win the right to face Sansón next week. Can you imagine if they went the other way? There’d be rioting on the internet as we speak (and again, Esfinge was good tonight! The poor bastard can’t win). It didn’t though and Templario is a great choice given how he can work technico or rudo flawlessly (so can Sansón, which makes that match even more interesting because you don’t know how it’ll play out). I thought he could’ve done a little more tonight himself but seeing as he’ll have a great chance next week I won’t shed too many tears for him. In the end the right guy won and the match was very, very good. Could’ve been better yes, but still a fun watch.

Another two fall match! The CMLL booking team was putting on a performance only Dave Roberts would praise. The flaws with this match were the exact opposite of the other two fall match on this show. That match was too short; this one was endless. It was well worked for the most part (even Dark Magic showed something, though he still feels like a work in progress) but it just went on forever. I think if you switched the templates for each match then we might’ve actually gotten two good matches instead of none; with more time the second match would’ve flowed better and this one would’ve worked with far less. It didn’t happen and instead we got a plodding slog where CMLL also switched up the Casas-Mistico feud in favor of doing Mistico-Cavernario. On the one hand, that match will be fine so it’s not that big of a change up. On the other hand, it’s yet another annoying CMLL booking decision on a show loaded with them. No wonder my head hurts. Once again, thank Grodd CMLL announced Fenix (I mean King Phoenix), Pentagon and LA Park were announced for next week.

What do you know; this was immensely better than the Ingobernables match last week! I mean sure, most things are but this was still dramatic improvement, and it was all thanks to the last minute or so of this match. Everything before that was along the same lines as last week; lots of Ingobernables offense, lots of technico selling and then finally a slight break through for the technicos early in fall three. And then after that it was all speed, speed, speed.

If memory serves, we got a Carístico dive, a Rush dive, a Valiente dive, a Terrible plancha and then Diamante Azul doing his ramp senton on the opposite side all within a minute span. When’s the last time you’ve seen that out of an Ingobernables match that didn’t involve LA Park?! That really helped carry the match over the top; even the Rush DQ foul afterwards worked for me, though it was mostly because Carístico springboarded right into it! I have no idea where this is leading to and CMLL, like they did with Mistico and Cavernario, had no challenges after this match to set anything up next week. We could have anything from three singles matches to just the one. I do know this was much better than I expected and that’s good. It was still nowhere near the LA Park battles however, which makes it all the better that Park will be back next week. Put him with Rush CMLL; we don’t ask for much.

There you have it sports fans. I’ll see you tomorrow for a preview of Homenaje a Dos Leyendas. TILL THEN! 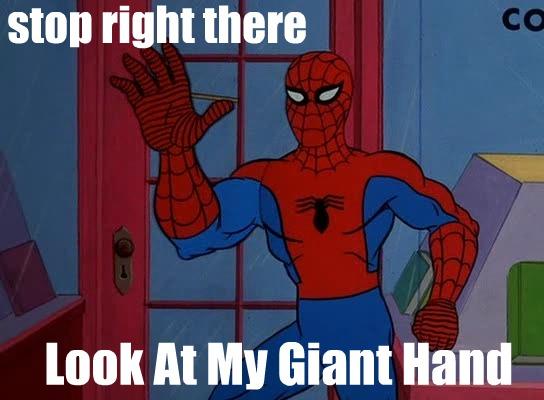 Lucha Dreams: The Resurgence of AAA