This Friday was a good start to the weekend sports fans. Why; because CMLL didn’t actually suck tonight! It didn’t exactly deliver a top tier match either but (in what seems to actually be a trend recently) the show was pretty easy to watch. There were no duds, no embarrassing moments, only two lame duck matches (a near record from CMLL these days) and some very good work in setting up the Homenaje a Dos Leyendas main event. For a show that looked to be passing time till next week, it turned out to be a very entertaining way of passing time! And on that note, let’s now talk about it some more.

I’ll be honest sports fans; I spent most of this match trying to get the internet to work on my Playstation so I could watch this show, all while this match played on the my computer in the background. I suppose the good news is it means I was bored by something else instead of this match! The other good news is that Mercurio was in for Pequeño Nitro, a slight upgrade that helped make this match slightly better. Alas it was still business as usual from what I saw; the work was solid, no one did anything terrible and not a damn thing happened that made me regret spending all that time trying to get my Playstation to work. Your CMLL Super Viernes opener everyone!

My immediate reaction following this match was that this will probably be the best CMLL Luchadoras match we see in 2020. A few minutes later and…yeah, I’m still thinking that!

Mind you sports fans, the bar to clear here isn’t that high. As we’ve discussed many, MANY times before, the CMLL Luchadoras division is a crapshoot and getting an okay match from them is a minor miracle. Never the less, this match deserves credit for exceeding my low expectations. I expected Tsukushi to come in, get watered down and for everyone else involved to get way too much time. Instead Tsukushi was heavily featured and while it wasn’t her best work (her major dropkick spot didn’t quite go to plan), she still looked significantly better than most in the division and easily won the crowd over. Furthermore her presence seemed to inspire the rest; I saw Marcela, Princesa Sugehit and Reyna Isis all put more effort in than usual (while also coming up with some new stuff) and Dalys seemed to revel in facing someone who actually clicked with her (as Tsukushi seems to). It wasn’t perfect, but it was light, easy to watch and kind of fun. For a CMLL Luchadoras match, that’s a roaring success, which makes it even sadder that Tsukushi will be gone after next week.

You know…I don’t really have much to say about this one. And that’s a good thing because this match was to the point, well worked and pretty fun. You can largely credit Atlantis Jr., Guerrero Maya Jr., Pólvora and Tiger for that. When those four are in there with guys of their caliber it’s generally going to be a good time, and even with only two falls to work with all four had very strong interactions, with Atlantis Jr. in particular continuing to stand out as a top flight talent. Equally as important was that CMLL didn’t allow Okumura to do too much. He was active, but he was also limited compared to usual and that, coupled with Flyer also sticking to his “big spots” instead of being overworked, were big plusses. It wasn’t a match that set the world on fire, but I thought it was an easy watch and a good time.

I probably should’ve just copied and pasted what I said about the last match here because this bout was pretty much the same; nothing over the top great but well worked, to the point and entertaining. Perhaps my eyes are deceiving me but Gil Muertes seems to be a lot better the last few weeks than he was over the past few years. I don’t know if he healed during the time off, if he got motivated again or if Ángel de Oro, Niebla Roja and Titán bring something else out in him but he was as good as he was last week, even if the spear wasn’t quite as great. With Gil humming and Negro Casas as entertaining as always (he even got a hurricanrana on Diamante Azul), it pretty much just left Oro, Roja and Euforia to deliver solid performances while Diamante Azul hit his spots and got out of the way. Oro and Roja were as solid as ever, Euforia was tremendous (when is he not?) and Diamante Azul hit his spots and got the hell out of the way. And thus another solid match occurred.

I wouldn’t say I wasn’t excited going into this match sports fans; it was more a Calvin Candie scenario where they had my curiosity but now needed my attention. Let the record show that once this was over Cavernario, Felino and CMLL had it and then some.

And mind you, this match was exactly what I expected; an appetizer for the main course. I was a little surprised to see them go three falls but it wasn’t a long three falls, with both Felino and Cavernario getting quick victories in falls one and two before going into a shortened version of what I expect from fall three at Homenaje a Dos Leyendas. It all worked stupendously. Felino was a terrific rudo to start by attacking Cavernario from behind, but slowly morphed into the technico as Cavernario got more and more ruthless. Stuff like that, as well as Zacarias being oh so torn watching from the ramp, was the type of storyline beats that helped make what happened in Arena Puebla Monday night so good and it helped make this click as well. Frankly if there was any flaw, it may have been Negro Casas coming out after Cavernario got DQ’d for excessively applying La Cavernaria (a borderline call if we’re being honest) and immediately making us all want Casas vs. Cavernario instead of Cav vs. Felino. The latter is definitely the focus now, but there’s no doubt the former was an enticing distraction for the few minutes it was teased. Beyond that though I thought this was exactly what it needed to be. The chemistry was there, the work was good but not too over the top and the storytelling was really strong. An excellent preview for what should be one of the more interesting Homenaje a Dos Leyendas headliners in quite some time.

After several things that were better/as good as I expected, it was nice to see CMLL end the show with something as lame as I expected. For a moment it looked like maybe these guys would try after the Dinamitas what seemed like a long first fall to crush the technicos…and then Carístico, Valiente and Volador laid them out quickly in falls two and three and off to the reservation we went. It’s nothing too upsetting; my expectations for Cuatrero, Forastero and Sansón are low these days and it was highly unlikely Carístico, Valiente and Volador were going to go full throttle. It wasn’t anything horrible, but it was a completely unnecessary match that only served to send the crowd home happy.

And with that it’s time to watch TV till I pass out. TILL TOMORROW FOR AAA! 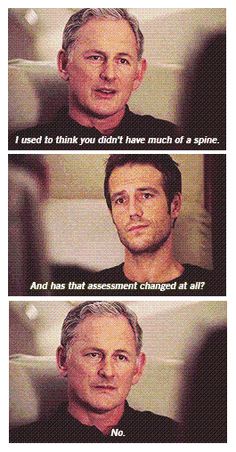 AAA in the Pepsi Center Review