There are a few moments from tonight’s CMLL Super Viernes that I will talk about in this review that will make you think it wasn’t as bad a show as it seems. In the words of Garrett Kidney after every RAW, don’t believe it; IT’S A TRAP! This show sucked sports fans and that’s all I have to say about that. Actually it isn’t because now I’m going to review this show and go on and on about how much this show and the main event of Ring of Honor’s Final Battle sucked. Hopefully it’ll be a good time. Let’s begin.

You almost have to feel for this match considering it went at the same time Dragón Lee was defeating Shane Taylor for the ROH Television Championship, thus diverting everyone’s attention (including my own!). Of course that match was super good whereas this match had Retro failing to do a Monkey Flip properly and seemingly having no moves besides that, a plancha and one double power move spot. Good Grodd he is no good. The saddest thing is the other guys were indeed trying to some degree; Robin looked spry and the Akuma/Yago unit tried some new things and even slightly called back to their feud last year when Akuma hit Yago with a Spear intended for Robin. It just wasn’t enough to make this match interesting outside of Yago’s entrance where he came out as Zombie Santana. That was good stuff. Can’t say the same for everything else in this match.

There are only two things you need to know about this match sports fans. First, Nitro nearly paralyzed Pegasso on a Package Piledriver because for some reason an untalented hack like him is allowed to do such moves. Second, Pegasso somehow shrugged off landing on his head/neck, finished the match and was the best guy in it along with Virus, who he had several strong sequences with. As the kids say these days…

Besides that this match was as inconsequential as they come. You’d never know Príncipe Diamante was in a mask match a couple of weeks from now as he spent most of this bout struggling to beat up Nitro and then only beat him with a roll up (which Nitro no sold because, in addition to being a talentless hack, he’s also an unprofessional hack). Absolutely dumbfounding booking on CMLL’s part and I probably should prepare myself for Diamante not being all that over in a few weeks. Then again it’s not like the match did any favors for anyone outside of Pegasso and Virus; Disturbio and Stigma may as well have been two random dudes the way they contributed nothing. So yeah; this wasn’t any good aside from two guys. So it goes.

As expected this match was short, had a lot of Dulce Gardenia-Kawato feuding and ended with Kawato getting DQ’d in the second fall for a foul. Nothing too exciting but a hell of a lot more entertaining than what Príncipe Diamante got at least. Of course a lot of this got overlooked because HOLY SHIT REY COMETA CAME TO PLAY! For the first time in eons Cometa looked like his old self, breaking out a Handspring Canadian Destroyer and an all time great Brillo Cometa where he appeared to spin five hundred times before destroying Tiger at the end. It’s no coincidence it all came with Tiger; the guy is a super talent himself and if not for his presence I’m not sure Cometa would’ve delivered what we saw. I don’t know if it made the match good overall but it at least provided a few jaw dropping moments and that, coupled with solid build for the hair match, was enough to make this successful.

Yet another match that went exactly as I expected! The only thing that didn’t was the fact that they wrapped it up before the six minute mark instead of at 6:49. You can’t get them all right! Overall this match was okay. Felino seemed to be a bit more into it than usual but he was still lacking, and with Stuka Jr. only unleashing some of his arsenal the match was very much lacking a jolt. It was professional and well worked but ultimately still very lifeless. I’ll give it this much though; it was a million times better than that debacle that was Rush vs. PCO in the main event of Final Battle. All that needed was a red light and it was basically Seth Rollins vs. Bray Wyatt, only with no one who gave a shit.

The bad news about this match; I was so thoroughly distracted by the Heaven’s Gate sized bomb that was the ROH main event that I missed a decent chunk of this bout. The good news; by default it was vastly superior from that ROH match. And to think that the Final Battle headliner featured two guys I like and the guy I wanted to win winning! Even when ROH gets it right they somehow manage to blow it ala Wesley Windham-Pryce in Buffy season three.

It probably was a really good thing that catastrophe distracted me from this match because from what I could tell it was, yet again, exactly what I expected. The Dinamitas did what they have been doing (a lot of offense, not a ton of selling or effort), Ángel de Oro and Niebla Roja had a few moments and Diamante Azul (actually there!) was Diamante Azul, only slightly better than usual. Gran Guerrero was really the only guy who came across looking strong and it’s not like he was allowed to do all that much at the end of the day anyway. Much like the rest of this show, it felt like things were going through the motions and only looked good in comparison to other shitty things going on.

Here’s the good stuff that happened in this match sports fans; a chop battle between the UG and Negro Casas. That’s it! Beyond that there was not a damn thing that happened in this match. The guys went out there, did a few things that no one could possibly care about for about ten minutes, then wrapped it up and went home while I got to sit here and contemplate how I wound up spending the evening watching three and a half hours of mostly shitty wrestling. At least I won’t be as confused as Soberano, who wound up getting pulled from his indie appearance in Chicago for the all important distinction of, checks notes, tapping out to La Mistica. Definitely a great reason to get pulled from that booking! I don’t know what else there is to say sports fans. Pearl Harbor sucked, this main event sucked, they both were somehow still better than that ROH main event and I do indeed miss you. That was for you Team America fans.

And on that note I am off to do something else with my life. Till next time! 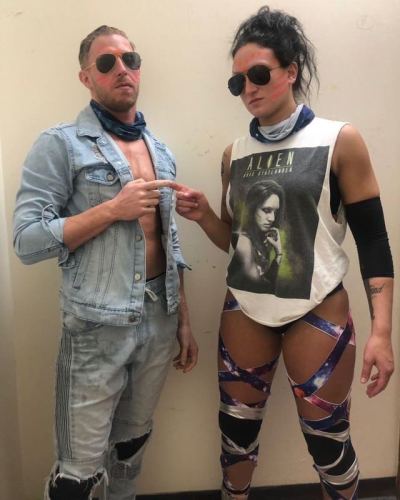