I’m not sure how I feel about tonight’s CMLL Super Viernes sports fans. I will say that, all in all, it wound up being a much better show than I anticipated. Of the six matches, four met or exceeded expectations, one of the matches was the type of great match that both competitors in the match needed, and one moment in the main event was pure excitement. The problem is the two things CMLL wanted to accomplish the most failed miserably, with the CMLL luchadoras match falling apart due to booking incompetence or injury, while the main event failed to get over the Aniversario match CMLL wants while getting over a match they didn’t want. I guess in the end we’ll just call this CMLL show good with some hilariously bad missteps, which is somehow still better than what we’ve been getting most Friday’s recently. And with that, let’s go more in depth so I can catch some shut eye. Gotta be up by 6:30 to drive back from New Jersey after all!

A miracle has happened sports fans. Tonight’s CMLL Super Viernes opener was not only NOT a waste of time but was, in the words of Kevin Harlan when a buzzer beating shot goes, GOOD!

I wouldn’t have believed it if I hadn’t seen it myself sports fans. I don’t know if these four just said “screw it” and decided to put their best foot forward, if CMLL decided to relax restrictions or both. Whatever the case the effort level felt much higher for this match than usual, with Star Jr. and Robin both getting off dives while several sequences just felt more creative than the norm. It was most definitely welcome, and really only surprising because the openers are generally disappointing. In the end though Cancerbero, Raziel, Star Jr. and Robin are all capable of having nights like this every time; we just got lucky they decided to do so tonight, with Star Jr. in particular impressing. A very good start to the show.

I suppose it could be because I watched this match with my cousin Michael, a first time lucha viewer who absolutely went nuts for what these guys did, but this match felt like the best Microstars match in quite some time. Not only did we get the usual excellence from Microman and Chamuel, but the other four guys seemed to be on their A game as well, stepping up their effort in a way that hasn’t happened since the first few Microstars match. There appears to be a reason for that; CMLL has finally wised up and decided to build to a Microman-Chamuel match, officially hinting as such with Microman challenging Chamuel to a mask match after he won via DQ (to say Chamuel fouled him hard here would be an understatement). This is incredibly late to the party on CMLL’s part but it’s most definitely the right decision; not only does it give us a match that should be off the charts good but it gives everyone else in these matches reason to step it up during the build. They did so tonight and for the first time in awhile the Microstars outside of Microman and Chamuel felt special. A really entertaining match.

For about two thirds of this match it felt like this was going to be one of those solid bouts that ultimately didn’t have enough excitement to be good. Then we got a couple of cool dive sequences from the technicos to give this just the right amount of thrills. It wasn’t quite last week’s bout; Los Hijos del Infiernos were trying but not as hard as last week, and they really didn’t have much to add outside of basing and one cool Luciferno corner attack. Even still the work was overall solid, and all three technicos were good, with Flyer having a smooth night, Titán doing Titán things and Atlantis Jr. continuing to prove his skill set is improving at an accelerated rate. This could’ve been better, but it was still solid.

Let the record show that I reserve the right to be more sympathetic to this match if we learn that Metálica was indeed hurt at some point and the finish of this match (Dalys pinning Metálica after a Suplex) was done just to end it quick and get her to safety. If this was actually the planned finish to the match, holy hell this was a bust of John Carter proportions, with the only difference being I actually enjoyed John Carter.

Again, it’s impossible to know just what the plan was given what happened to Metálica here. But even before the injury/abrupt finish/whatever that was this match was teetering on the edge. It wasn’t an effort problem; both Dalys and Metálica were trying hard. The problem was that the match was built exclusively around Dalys being on offense while Metálica got one or two moves in between getting her ass kicked. In other words it was exactly what we all thought this would be; a vehicle for CMLL to push Dalys, who needs a push like I need another Pepsi this evening. Perhaps the plan was for Metálica to eventually get some offense in in the second half but all we have to go on is what happened and what happened was no good. It’s really no surprise. There are a lot of issues with CMLL but the luchadoras division has been the biggest, and this match, by accident or not, showcased precisely why the division is broken. A massive failure for a competition that was supposed to help the division.

In a recurring theme for this show tonight, this was yet another match that wasn’t spectacular but was easy to watch and, surprisingly, pretty well worked. To say I wasn’t expecting this would be an understatement, especially when Diamante Azul and Gil Muertes wound up being paired together. To their credit, Gil worked hard and had a solid performance while Azul, while still looking vastly out of shape compared to before his injury, had his best performance since returning to CMLL. With those guys not actively ruining things, all Ángel de Oro, Niebla Roja and the Dinamitas had to do was be as reliable as always. They were, and this match wound up being much better than it had any right to be, while somehow keeping my attention despite Jon Moxley vs. Pentagon going on at the same time. And that match was killer!

There were a lot of questions going into this match sports fans. Could Volador Jr. bounce back from his troubling performance against Dragón Lee in Puebla? Would Forastero finally have his breakout singles performance? Was it possible this match could supplant Último Guerrero vs. Ciber the Main Man as the Aniversario main event? The answer for the last question is TBD, but the other two were answered with a resounding YES!

What a terrific match sports fans. It honestly could’ve been even better with a few more minutes, but it’s also quite clear that CMLL is saving those few more minutes for something bigger down the line. For now though it was exactly what the doctor ordered for both guys. Clearly Volador wasn’t satisfied with his performance against Dragón Lee either, and he spent this entire match working to fix every issue. He did so; this was the best Volador performance in quite some time, with some great selling for Forastero and a few new tricks in his offense to go along with the usual Volador routine. Meanwhile Forastero had the performance he failed to have with Soberano and Cavernario. He suffered greatly in those matches from a limited offense and a lack of confidence; he’s clearly put in the work adding offense, showing off some news moves and delivering them with authority. It definitely seemed to help a bit that the match was geared more towards Volador’s strength, and the Volador “big match” style definitely seemed to fit Forastero like a glove. At least now he no longer has to answer questions about when he’ll break out as a singles guy. This was a tremendous match for both guys, easily the best CMLL Super Viernes match in some time and the match that should headline the Aniversario next month. Will it? The answer appears to be no because…

CMLL has learned nothing. And nothing highlighted that they’ve learned nothing more than this match, a match designed to get the UG-Ciber feud over by having great wrestling that instead got the other guys over and did nothing for UG or Ciber! I’m very torn on this one sports fans because on the one had CMLL got nowhere close to accomplishing what they wanted. On the other hand, the other four guys did what they needed to do and did it so well it backfired on CMLL spectacularly. They also produced an AMAZING moment where Carístico and Mistico, two guys who are very much connected for obvious reasons, met face to face in the ring and caused Arena Mexico to SHAKE. And I mean SHAKE! It was a moment of pure electricity and a moment that should’ve singled that a match like this is what the Aniversario needed; this was highlighted more when UG and Ciber faced off in the ring right after to the sound of crickets. I don’t know if CMLL planned this or if Mistico and Carístico put that together themselves but either way it just confirmed what we already know; UG-Ciber is a bad idea and there are so many other ideas CMLL could go with. Instead they once again insinuated that UG-Ciber is the plan with another bad finish and another lame post match promo. This is why we can’t have nice things. For that I guess this match was a dud. But from the standpoint of shit backfiring in CMLL’s face and the electricity generated from Carístico and Mistico, it was also wildly entertaining. I guess that’s what we call a mixed bag.

There you have it sports fans. I’ll see you tomorrow for a preview of the Mexico vs. The World Show happening at Expo Lucha 2019 on Sunday. TILL THEN! 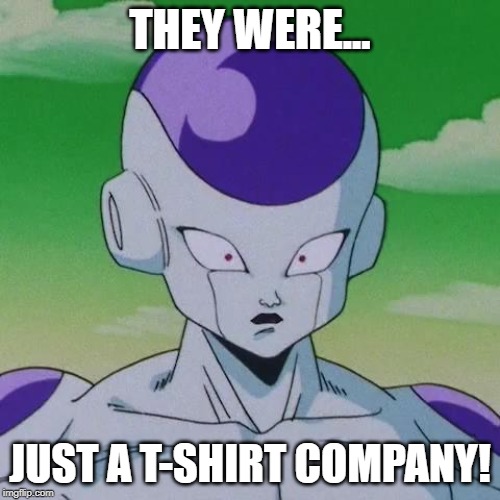 Controversial Bandido’s victory over the NGD at Lucha Libre REAL