In the words of Bret Hart, who are you to doubt CMLL?! That is what he said right? No? Ah who cares; the point is I shouldn’t have doubted CMLL! I was though after they put on a disappointing Block A of Copa Dinastia last week that marred an otherwise strong show. I expected the same this week and thankfully I was wrong, as CMLL corrected their mistakes to deliver a strong Block B. Even better, they continued their trend of making sure the rest of the show was good, with two undercard matches strongly delivering and Austin Theory’s CMLL debut going over like a charm. Between last night’s WrestleRex and tonight’s CMLL (with both had the distinction of having great Soberano performances on their show) this was a strong start to the lucha weekend going into AAA’s big shows. But those are in the future. This is the now, and it’s time for a review…of the now. Not sure what I was going for on that one.

In a hilarious development, it looked like we were about to see the impossible with this opener; a solid match featuring Espanto Jr.! Then Espanto slipped on the top rope and boom went the dynamite. The man just cannot help being terrible at his job, can he? Even with that slip up though the match was a bit more active than expected, especially in the third fall. Magia Blanca looks to have had the will crushed out of him, but he had a respectable night while Star Jr. and Akuma were at times really good, especially when they were together (see their headscissors spot off the apron if you don’t believe me). In the end though the match went exactly as one would expect; the guys who were good did okay, and the guy who sucked brought the whole thing down.

We may not have gotten the good match with Espanto Jr. sports fans, but we did get something just as miraculous; a really good match featuring Esfinge!

I mean it; Esfinge was in a match that was good and, most importantly, HE WAS PART OF THE REASON IT WAS GOOD! This may have been Esfinge’s best work this year, as he looked solid throughout and hit a tremendous third rope moonsault towards the end of the match. In typical Esfinge fashion it was overshadowed by the rest of the match, which was a nonstop two fall sprint that featured Rey Cometa going nuts, topping it off with a Spanish Fly on Kawato that was off the apron and to the floor, right on top of Esfinge and Pólvora! The amazing thing about this move was that a) it was pulled off perfectly and b) it was done with Kawato, a guy who three weeks ago couldn’t catch dives. Now he’s taking moves like this. I don’t know how or when Kawato turned the corner, but I’m glad it’s happened because he has really developed into a fun performer these last few weeks. Let’s hope it continues! He was great here, Cometa was great here; frankly everyone was really strong here, though the Tritón-Tiger feuding is likely to go anywhere (as nice of a thought as that would be). This wasn’t a great match, but it was a lot of fun while it lasted and these guys made the most of their minutes.

What do you if you’ve just wrestled on a show in Pittsburgh, Pennsylvania on Thursday, only to then be booked in Arena Mexico the next day? Apparently if you’re Soberano, you steal the show on Thursday, fly back Friday morning and steal the show again in the evening! It’s a skill that can only be pulled off by the one, the only…

So yeah; this match was SUPER! It was basically the last match with another fall added on, which is a great thing because all the last match was missing was another fall. The worry going in was that Atlantis Jr. and Hijo del Villano III would be a little too inexperienced to keep up; as it turns out only Villano had that issue, and CMLL solved that by just getting him out of the way for most of the match. Everyone else had strong nights. Soberano, who I’ll remind you again had to fly back from Pittsburgh today after a great match with Templario last night, didn’t miss a step and looked like the world class luchador he is, down to the Garza style tornillo he hit in the climax. Atlantis Jr. had his best performance yet away from his father. Trios match Forastero was impressive, especially when he hit a Joker Driver. And Cuatrero and Valiente were the steady influences throughout, and they executed a beautiful finish where Cuatrero had Valiente beat with his reverse Bearhug submission, only for Valiente to reverse it into a Valiente Driver. An absolutely tremendous finish that really added to the match in a way most CMLL finishes don’t. Whatever way you want to sum it up, this match was pretty damn good and well worth your time.

I’ll give these two this; both Euforia and Rey Rey Buc were trying their damndest to give us a match like the previous two bouts. Unfortunately they got nowhere close. More than anything this match showed how shot Rey Bucanero was. He tried some cool stuff here and there, but overall was really slow and looked like he could barely bump at times. There’s no way CMLL should’ve put him in this match, and it wound up being a huge disservice to Euforia, who’s performance would’ve been pretty good against anything else .At the end of the day all you can do is appreciate the effort here, but CMLL would be wise to not put Bucanero in this position again. He just doesn’t have it anymore.

Clearly CMLL was aware at how badly things went for Block A of Copa Dinastia last week, which is why Block B started off with a match that a) eclipsed everything from Block A and b) featured an upset victory! Everyone and their brother was thinking the UG and Gran Guerrero would be moving on, and instead they got beat by Oro and Roja, who seem incapable of losing these days. I’m not complaining; they are very good after all and they showed it here. Part of that was definitely the Guerreros wanting to have a good showing before going out, but that doesn’t change that this match was super easy to watch. The Guerreros worked hard and were every bit as good as they usually are, while Oro and Roja had a good showing while clearly saving their big stuff for the next match. I wouldn’t call this an essential match, but it was a good one and a much appreciated match after last week’s Block was so bad.

This was a half squash, half handicap match sports fans. Thank Grodd because anything else would’ve been painful. Máscara Año 2000 was even more immobile than Rey Bucanero was earlier, and as a result he barely did anything other than a small package on Dragón Lee, followed by him getting pinned by Dragón Lee. There wasn’t much beyond that, but Sansón did make the most of his minutes with some good work while Dragón Lee and Mistico did enough to get by. A forgettable match that thankfully had the right result.

Dammit CMLL! You had to go and give me no hope for this tournament after that awful Block A last week, only to come back this week with a Block B final that completely stole the show. Very slick! This is why CMLL and WWE keep hanging around year after year; they may disappoint you 95% of the time, but then they’ll get something right and you’ll feel like Joliet Jake after the James Brown scene in The Blues Brothers.

What I’m trying to say is this match was terrific. As good as the Soberano match earlier? That I’m not so sure about, but mostly because that match was more my speed. This bout was more of a slow burner, the classic big CMLL match we see in situations like this. Save for a brief Canadian Destroyer spree between Mistico (who was definitely lagging in this match) and Oro, they nailed it perfectly, building momentum throughout the match and then letting Dragón Lee and Niebla Roja lose in a glorious final third. I remember thinking it was a shame a few years ago that Lee and Roja (who had some great singles matches in 2017) never got more opportunities to show off their charisma, and it appears they used this match as a reminder of what they were capable of together. It was an absolutely terrific showcase from those two, and yet another strong finish with Roja pummeling Lee to perfectly position him for the submission victory. CMLL desperately needed a Block final like this after last week and together these teams over delivered. It remains to be seen if Roja, Oro and Rush can make this work next week with a Bestia del Ring sized anchor hanging on them, but we’ll worry about that then! For now let’s just enjoy this. A great match.

I’m a realist sports fans, and as much as it pains me to admit, this match will likely be the only time we see Austin Theory in a CMLL ring. What a pity because he had a very strong debut. You can tell CMLL is high on him because they basically designed the whole match for him to get over, and he made the most of it with his athleticism and variety, looking strong with all three rudos offensively and selling well for them (especially Rush). I knew he was going to adapt well to the situation given his experience in The Crash and at Expo Lucha last year and in another life it’s clear Theory could’ve been to this era of CMLL what Marco Corleone was to the last. What a shame we won’t see it. As for the rest of the match it was fun, but definitely on the short side following the tag match. Carístico and Volador both kept the work simple, Rush was solid (though given little to do) and Cavernario made for a great punching bag for theory. Of course Negro Casas couldn’t help himself in stealing the show yet again, first by taking Theory’s excellent Brainbuster to the Knee finisher in fall two, and then selling his loss in fall three like the world was collapsing around him. I don’t need to tell you how great Negro Casas still is at 59 years old, but in case you needed reminding, that moment, the kind of little thing most people take for granted, more than did the trick. I’m sad this wasn’t longer and that Austin Theory likely won’t be around after this, but at least he had a good showing and this match, for what it was, was a good time. A good close to a third straight strong show by CMLL.

There you have it sports fans! I’m off to sleep, but I shall return tomorrow for a preview of AAA’s Verano de Escandalo and a review of AAA’s show in Cancun. Fun times will be had by all. TILL THEN! 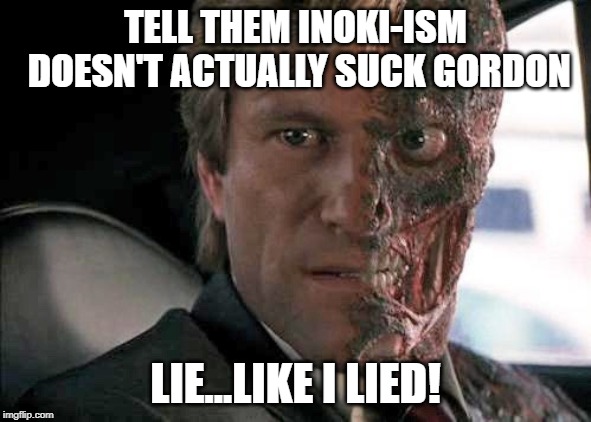 What Do You Know About the 90’s Lucha Libre Action Figures?