It’s gonna be Friday, Friday, why am I doing a parody of that dumb ass song Friday?! Oh yeah, cause it’ll be Friday; geez Cult, get with your references. The point is tomorrow is Friday, which means CMLL Super Viernes is back, which means we’re going to get a show with some consistently good lucha libre and a main event that could be a lot better. But hey, at least the card leading up to that is good. The opener, third, fourth and fifth matches all have potential, the kind The Killers sang about in that stupid first hit they had. Mr. Brightside > that song; @ me all you want you nonbelievers, deep down you know it to be true. But enough about my shitty opinions on bands that were big twelve years ago; let’s preview this Puebla show while Mr. Brightside plays. See what I did there?!

What to Expect: Man, if only it was Akuma or Virus as Templario’s partner instead Espanto Jr. Hell I’d even taken Raziel or Cancerbero! Alas we’re stuck with Espanto and this match will probably end up just being good instead of really good. I still say it’ll be good because it’s got Flyer, it’s got Oro Jr. and they’ve got Templario to work with, the same luchadore who made it all work teaming with Grako and Malayo this past Monday. If he can get a ton of out those guys against up and comers like Fugaz, Príncipe Daniel and Reyko, I’m pretty sure he can carry Espanto’s ass for ten minutes while Flyer and Oro show what they could do. Honestly the only question I have is how much energy Flyer is going to exert; he’s got a big match on Tuesday after all! I’m hopeful he gives a good effort and maybe tries a few new things in order to get people excited for his (potentially) life changing clash with Magia Blanca on Tuesday.

Winners: Flyer losing this match just a few days before the biggest match of his life would be preposterous. It’s also exactly what CMLL would do. Thus Espanto and Templario win in three falls after Espanto plants Flyer with a Canadian Destroyer while I try not to pull the hair out of my scalp.

What to Expect: Me reading the first five names in this match…

Me after seeing Seductora is the final luchador and remembering this all to build to her vs. Sugehit…

Gorramit CMLL; can’t you give me a decent luchadoras match for once? You almost had it; just take Seductora out, put the Queen Zeuxis herself in and this is a hopping good time. Instead you have to involve Seductora and you have to involve her frequently because someone back there thought Princesa Sugehit carrying Seductora was a good idea in the year of our lord Grodd 2018. I hope to meet that dumbass one day so I can shake my head in disgrace and walk away in slow motion, like in the movies. The point is this match could’ve been good but now it won’t be because it’ll be all about Seductora and Sugehit feuding. So yeah; avoid this at all cost, unless you’re like me and just really want to see Lady Maravilla do something cool, which she will do. To think CMLL could’ve done her vs. Zeuxis instead. To think…

Winners: Seductora won the last time and it did nothing to make her seem credible. Sounds like that’ll be the plan again! Look for her to win in three falls with some sort of controversial pin; either she fouls Sugehit or grabs the ropes. Either way it’ll be riveting in the same way Devil May Cry 2 is.

What to Expect: Is this the show where CMLL just includes one black sheep per match or something? This is the third straight match where the first three or four luchadores look awesome, only for there to be one dude/dudette at the end that makes you wish they had gotten lost on the way to the arena. Esfinge plays that part in this match because Tritón for some reason likes him. I’m not sure why. The good news is Esfinge, even on his worst day, is far better than Espanto Jr. and Seductora and will give you something, even if it’s just one or two dives we always see. That’s more than enough when his teammates are two of the most electrifying performers CMLL has and the rudo team consists of the always consistent Okumura, a hyped up Dragón Rojo and a Kawato San that has to be breaking out sooner or later. And hey, he did strangely look comfortable with Rojo the last time they teamed so maybe that’s the guy he needs to keep hanging out with. Either way this should be a fun match, with Titán and Tritón at least getting one spectacular spot off in the third fall.

Winners: I have no technico victories yet so this is a good place to start. Titán and the Arena Coliseo Tag Team Champions win after Esfinge pins Okumura in the third fall.

What to Expect: A long time ago in a CMLL far, far away, this match was supposed to be Sam Adonis vs. Casas, a rematch from their excellent hair match back in January. Then Sam got bumped for reasons unknown and now its Casas taking on the best luchadore alive today not named Fenix. I would’ve been excited for Sam-Casas II, but there’s no doubt that this match is…what’s the word I’m looking for?

Not only is it an upgrade, but it’s right in the wheelhouse for Casas, who while still great at 58 years old should probably not be wrestling that many long matches these days. Thus the sprint style of the Lightning Match works for him, and we know it’ll work for Soberano, who has never met a match where he couldn’t attempt something crazy in. It all just depends on how much time CMLL allows them. If they’re given between 5-7 minutes then this will be good, but not as good as it could be. If they give them 8-10 however…at that point we may be witnessing a match on the verge of topping Guerrero Maya vs. Hechicero for the best Lightning Match of 2018. Either way, the chances of this match being below average are slimmer than a Slim Jim, and you should definitely go out of your way to make time for this match when it starts. It should be a doozy.

Winner: Soberano is the rare young up and coming luchadore who wins all the big matches he gets. Combine that with Casas always wanting to help put over the young guy and this one seems even. Soberano takes it home by turning the tables on the legend and rolling him up with La Casita at around the 8 minute mark.

What to Expect: This seems like a normal “big” CMLL trios match, only it features Carístico and Volador Jr. on the same team. They don’t like each other; not only that but Carístico just beat Volador’s (and Valiente’s) trios partner in Puebla, which probably doesn’t mean anything…only this is the Carístico-Volador rivalry so you just never know. As such CMLL has two ways to go about this; they can have dissention between Carístico and Volador that overshadows this match and thus knocks the quality down a few pegs, or they can forget about Carístico and Volador’s issues and just have them go full throttle against the rudos. The first idea is pleasing from a storyline sense; the second one is far more pleasing from a match quality standpoint, and with the amount of talent in this match you would prefer to see those guys go all out instead of taking a back seat to an angle. We’ll just have to see. Either way it should be an interesting watch, especially compared to what we’re going to get in the main event. Oh Grodd, let’s not think about that until we have to shall we? I don’t care if it’s only going to be another 30 seconds; I want to savor them!

Winners: With the big angle more or less in the main event, I see CMLL playing this straight and letting these six go full throttle, which signals to me a technico victory. Carístico and Valiente will take Mephisto and the UG out with dives, allowing Volador to put Big Euf away with a Super Rana in the third fall to give the technicos the victory. 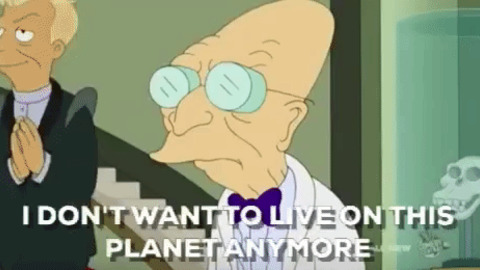 If there’s one good thing I can say about this match, it’s that CMLL wasted very little time bringing Kráneo over to the technico side and finally teaming up the new Los Ingobernables on the Friday show against him. Now if only they could rid us of The Artist Formerly Known as Pierroth so we could enjoy it all. Let’s be real; that’s the big problem here. I can’t say I think this would be a great match without Bestia del Ring, but at least it would’ve made whatever they’re building to with Rush and Kráneo more bearable. Now it’ll just be the usual; Ingobernables attack at the start of the match, Rush and Terrible get a few cool things in, technicos rally and a foul ends it all. Ho…hum. It’s a good thing the rest of this show looks good sports fans, because otherwise this main event would be a massive let down. Instead it’s now just an annoyance on the road to…whatever they’re trying to do here. Luckily I have some thoughts on that, if you’ll kindly follow me to the “Winners” section.

Winners: This is my bold prediction here; CMLL is going to be doing Kráneo vs. Rush, mask vs. hair, on their Arena Mexico Aniversario in just a few weeks. I know; that seems a little rushed but with Kráneo turning so suddenly and that match being nowhere near big enough to be an actual Aniversario match, I can’t help but feel it fits there. As such we’re going to get a lot of Kráneo on Rush violence (and vice versa) in this match and it’ll end with Rush unmasking the giant for the DQ, followed by some challenges. On the one hand, we’ll have to deal with The Artist Formerly Known as Pierroth to get to this. On the other…Rush vs. Kráneo sounds very entertaining! I’d watch it at least. So props to CMLL if that’s where they are going. Just please; find someone else for the team other than Bestia del Ring. I hear that Ruse guy might be available soon!

Exit stage left sports fans. I’m off to watch some Agents of S.H.I.E.L.D. and play some TEW where I rebuild AAA. If only they’d hire me to do the deal in real life! Till we meet again, #FreeNeville.