In normal years you usually have to wait for an Aniversario style card from CMLL until the the Aniversario. But this is no normal year sports fans, not with Fenix, LA Park and Pentagon appearing everywhere and AAA is considering shows in Madison Square Garden. Hence why this Friday’s CMLL Super Viernes not only looks like an Aniversario card but might be one of the greatest cards (on paper) I’ve ever seen. There is only one potential dud in the form of the opener; beyond that matches 2-6 all have potential to be Match of the Year contenders should the luchadores choose to go all out. And that’s before you realize this show will feature the continuation of the hottest feud in lucha libre (LA Park vs. Rush) and the CMLL debut of arguably the best luchadore in the world in Rey “In Lucha Underground, Impact and AAA I’m Just” Fenix. What are we waiting for; let’s get previewing!

What to Expect: This is easily going to be the worst match on this show…and yet it could be good! I mean it probably won’t be considering Cancerbero and Raziel only seem to leave coast mode every five months and this will be no exception. But both guys are capable when they want to, Oro and Star Jr. can both be really good in any given match and there’s definitely an alternate universe out there where all that comes together to produce a good opener. Sadly I don’t think this is that universe.

Winners: When in doubt go with the rudos. They take it in three falls.

What to Expect: There are only five sure things in this world; me having a Sunkist during the week, Matt Mortensen refusing to acknowledge Leicester City’s Premier League Championship, the Patriots making the playoffs, Golden State Warriors: NBA Champions and Puma and Tiger delivering in the second match of a Friday show. They’ve done it for what seems like the last month and they’ll do it again here with Virus, Drone, Fuego and Tritón coming along for the ride. And who knows; they may even do better if Tritón decides to go nuclear in breaking out both the high flying moves and his The Shape of Tritón costume. Then it will truly be podracing.

Winners: Puma and Tiger seem to win this almost every week so why not again? They take it in three falls after Drone eats a Backcracker/Double Stomp combo.

Is this the first time Audaz has interacted with the NGD? I’m pretty sure it is. Either way it’s going to be awesome. Maybe there will be a growing pain moment or two for Audaz like he had with Puma and Tiger a little ways back, but even that should be a momentary detour to what should be another tremendous performance for the youngster. Throw in Titán being Titán and the always reliable Soberano v. Dinamita pairings and this could be the best match on the show. Incredible because normally this would 100% be the best match on the show. What a lucha world we live in right now.

Winners: Audaz, Soberano and Titán climb the mountain top and win this match in three falls. CMLL then surprises us all with them challenging the Dinamitas to a title match next week, just as I dreamed it!

What to Expect: The second worst match of the night on paper. Have I mentioned how great this show looks? I’m not quite sure what the ceiling to this match is considering Stuka generally tops out at very good, even if he’s in there with someone of Batman esq skill (check out his Tuesday match with Último Guerrero if you don’t believe me). Fortunately Hechicero is Batman, Superman and Howard the Duck all rolled into one and this is, if I’m not mistaken, the first singles match he’s had in Arena Mexico in eons. He’s going to be working his ass off to the point where Stuka just doing his usual should be enough to make this a good time. Then it’ll just come down to whether CMLL gives us a winner or continues their sudden love affair with the time limit draw.

Winners: Sorry time limit draw; you’re going home alone this week. Hechicero wins this in about eight minutes with some awesome move of his whose name escapes me.

What to Expect: DEAR GRODD IT’S FENIX! FENIX IN CMLL!

AND HE’S WORKING WITH NEGRO CASAS!

Yes; we now live in a world where Lucha Underground superstar Rey Fenix is going to be locking horns with two living lucha libre legends for at least five minutes in a CMLL semi-main event. The fact that he’ll be teaming with Carístico and Mistico while also rubbing shoulders with Cavernario is just a bonus. To think we’re at the point where stuff like that is a bonus! I often like to say there are no sure things in lucha libre…but this is a sure thing. Fenix is so great (and so consistent) and Casas, Cav and the UG are such great rudos to pair him with that this match won’t be anything less than good. In fact it’ll probably be the best match on the show and if they hit full critical mess it’ll go down as a MOTYC. Mark my words.

Winners: The most CMLL (and Lucha Underground) thing to do here would be for Fenix to lose in his debut match. Even CMLL knows better than that at this point though, so look for the LU Triple Crown Champion, Carístico and Mistico to take this in three falls after Fenix hits Cav with a Fire Driver.

What to Expect: Oh hey; this match again! The good news is this match should get more time after last week was cut short on account of Park and Rush needing to go work another show immediately. The other good news is that in two weeks of running basically the same match (with Flyer in for Hijo de Park the first week) CMLL has drawn two great crowds and gotten a good match and the best match in Mexico this year out of this pairing. I reckon they’ll get something along the same lines again, as well as something that finally leads to the end of Act One for the Rush-Park rivalry.

Winners: Last week ended with Rush and company getting DQ’d; doesn’t it seem only right Park, Park and Volador return the favor this week? I say Park gets caught by Edgar in fall three treating Rush’s balls like Nathan Drake treats lost cities, gets DQ’d and makes Rush angry enough that he now challenges Park to a Super Libre match the next week. And after that we merely wait. Gonna be a long week of waiting!

That’s game sports fans. See you tomorrow for the running diary of this bad boy. Should be a blast. Till then, THIS! 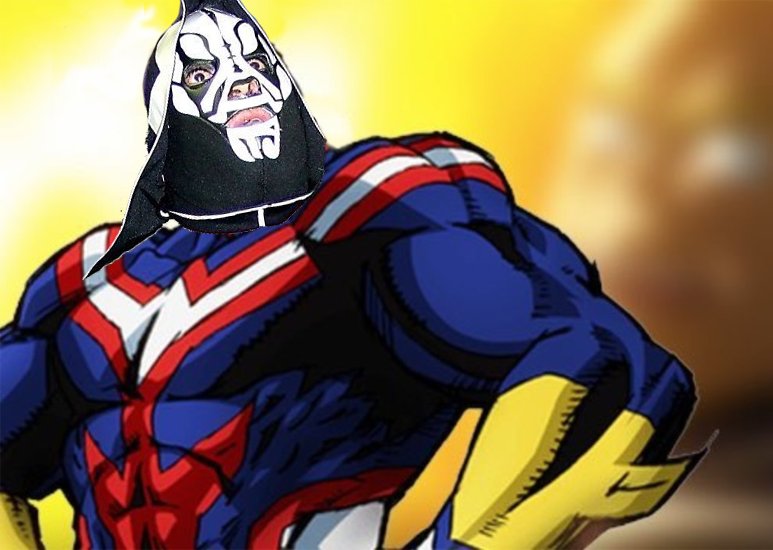