It’s been a long day sports fans. It began with the full day project of my brother and I removing a four piece couch from the family room, out of our second floor apartment and down to the roadside curb, which took quite a bit of time. Then we had to go and retrieve my brother’s car from the shop, where it was in for repairs. By the time this was all done it was time to fix dinner and then after all of that news broke that CMLL star Hechicero was booked for Pro Wrestling’s Guerilla’s next show! And that’s the story of why my CMLL and AAA previews for tomorrow are coming to you live at a little after 11 p.m. EST time. Sometimes real life is just a kick in the balls. Much like two lucha shows on a Friday (there’s technically three; The Crash will also be running an event), which means I’ll be watching AAA live and leaving CMLL to watch the next day. All the more reason I decided to do the CMLL preview first; I just feel bad for them, both because of that and because their show doesn’t appear to be as good. And now I’m rambling. Let’s stop that and get to the previewing!

What to Expect: Look at CMLL making this first match easy for me. RELEASE THE MEMES!

I tell you, CMLL was much kinder to Magnus for his Super Viernes return than his Tuesday show one. That was a hopeless case; this match at least has Star Jr. teaming alongside him and a competent rudo on the other side in Akuma. Yes Espanto Jr. is still the same bottom feeder he’s always been and yes this match is totally ending with him hitting someone with a Canadian Destroyer while certain fans curse him and said move (remember; it’s Espanto’s fault. The Canadian Destroyer cannot help it!). But don’t let his awfulness take away from the fact that the other three guys can and probably will do a few entertaining things. Hence why this will probably be better than the usual opener. And that’s if Magnus doesn’t read this preview and misses this plea from yours truly to just tear the house down. I want some dives Magnus! DIVES!

Winners: Like I said, Espanto’s hitting that Canadian Destroyer and that only happens when the rudos win. Thus they take it in three falls.

What to Expect: I was relieved to see Black Panther was in this match after he injured his neck. Then I realized that was only in my TEW game and that he was completely healthy in real life. I have issues. Anyways, this match should be one of the better matches on the show. All six luchadores are pretty good and best of all the likely dive restrictions won’t matter because only Fuego and Black Panther generally rely on them. Thus we should expect a fun, if not entirely flashy, bout where Virus does some cool holds and Kawato doesn’t have to catch any dives. His only weakness as it was.

Winners: I like the technicos this time around. They take it in three falls thanks to dueling Nudo Laguneros from the Panthers. One day I will get this right. ONE DAY!

What to Expect: It’s now time for man’s most daring question; what on Grodd’s green earth is Rey Rey Buc doing in this match? Is Forastero filming a movie or something? Don’t think that’s not possible; I just learned today that we were a mere FantasticaMania tour away from Rush staring in a film (Roma) that’s likely going to win Best Foreign Language Film at the Academy Awards next year. That would’ve been the craziest factoid of the day if I hadn’t learned he was replaced with this guy.

It’s good to be Latin Lover

Back to the match! Seriously, I have no idea why Rey Bucanero is here. I also have no idea why Esfinge is here, but at least I’m used to him showing up in places he doesn’t belong. Not so with Rey Rey Buc! It’s a shame too because his presence instantly makes this match less appealing. It’s possible he’ll try hard but even in the best of circumstances Rey Rey Buc isn’t the same talent he was ten years ago and his sequences with Esfinge are likely to strike terror into many a fan. That leaves it up to Stuka, Tritón, Cuatrero and Sansón to carry this to the promise land; they’re good, but they aren’t that good. In other words, expect this match to be like Ted Mosby’s paycheck; aggressively average.

Winners: Too close to call, which means it’s time for the Canadian Dollar to take the wheel! Heads technicos, Moose rudos…THE STREAK IS OVER! Moose finally gets back in the win column and the rudos benefit from it by being my pick to win this match in three falls.

What to Expect: Ah, the feud that makes me think we’re living in a timeline where CMLL has turned into Watchmen. At the Aniversario us lucha fans all stood up and shouted at CMLL to end this Grodd forsaken feud. And what did Paco Alonso say?

Thus, here we are again with this same old feud where these two teams will do the same old shit that they always do. Great, grand, WONDERFUL! Quite frankly I have no idea what CMLL’s plan for this feud is going forward and I must confess I no longer care. We know what will happen; both teams will try, Klan (Kaoz) or whatever they’re called now (is it Cl4n? Why do I care?) will prove to once again be five years past their primes, the UG and co will be wasted and in the end it’ll all lead to yet another match where the same shit happens again! For Grodd’s sake CMLL; f I wanted to watch Groundhog Day, I’d actually go and rent Groundhog Day! Let’s move on before I get too upset.

Winners: Klan (Kaoz) will win in two falls by nefarious means because there is no Grodd and the cage wasn’t thirty feet. Sorry Teddy; you know it’s true, just like we all know this feud will never end. You may have noticed there’s a slight chance I’m being irrational when it comes to this prediction. You would be too if you had lived through this debacle.

What to Expect: I’ll give CMLL this; they know the Guerreros-Klan (Kaoz) feud sucks enough to keep booking much better matches in the aftermath. This is one of those. I kind of keep wishing it was Carístico in this spot instead of Mistico; he’s just so much more consistent and less lame than his successor is. Even still Mistico has talent and Negro Casas is, well, one of the greatest luchadores to ever walk this mortal coil. He’s so good he once had a great Lightning Match with Ángel de Oro before he stopped making weird shirtless juice commercials, lost his mask and actually became a great worker! If Casas could make that work, he can make this match work with Mistico. It should be some quick, fast fun with the potential for at least one Casas bump that makes us go “I can’t believe he’s doing this at 58 years old!”

Winner: On the one hand, Negro Casas is the GOAT. On the other hand, Mistico isn’t. Wow that makes this easy! Casas takes this one at the 9 minute mark with La Casita as the crowd goes wild. Holy shit; I just realized CMLL had the balls to book Mistico, a guy who always gets booed, against Casas, generally the most over man in Arena Mexico, on a Friday show. Set popcorn to pop for this one sports fans!

What to Expect: You gotta love CMLL. Most of their matches don’t work because, despite having a great technico team, the rudo team ends up being loaded with one good worker and two inconsistent workers. Not this match! Instead the rudo team is great all around, while the technico team has one outstanding worker (Fenix…I mean King Phoenix), Diamante Azul and an Atlantis who saves himself for shows like the Aniversario. Guess what sports fans? This ain’t the Aniversario. 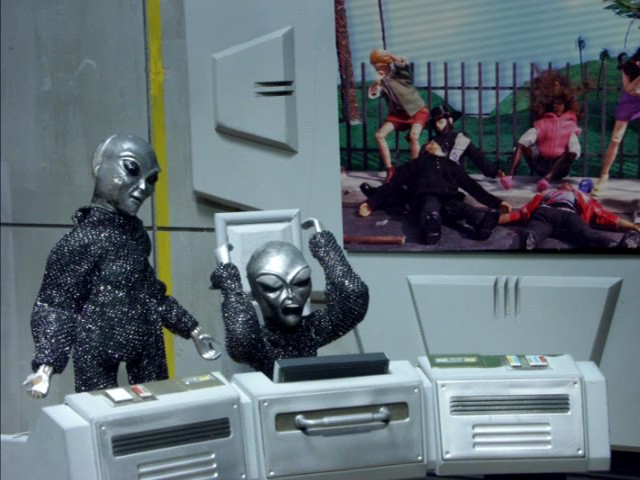 Really this is a weird match overall. You’d think it would be all about the fallout to the Aniversario last week but with Volador taking a week off and Matt Taven back in ROH (PLEASE COME BACK MATT! YOU’RE SO MUCH BETTER IN MEXICO!) it’s just random. There isn’t even anything LA Park related to get excited about. Maybe something will be set up between Fenix and one of the other rudos? Atlantis and Rush? Who knows?! I do know that this match will probably just be pretty average. Maybe Fenix…I mean King Fenix…I mean King Phoenix (third time’s the charm!) will do something to raise it up but overall I’m expecting the usual Atlantis, the usual Diamante Azul and probably some mailed in brawling from Los Ingobernables (and Cavernario) now that the stakes are lower. Maybe it’ll surprise us, but I have a feeling it’ll be a ho hum sort of main event just to get us through the end of the show, before the good stuff happens next week.

Winners: I like the rudos here. They take it in three falls, with some nefarious fouls thrown in along the way.

There you have it sports fans. I’m off to preview the AAA vs. Elite show! TO THE AAA MOBILE!