It is happening sports fans! Finally, after weeks of build up and one Lionel Messi choke job against Croatia, LA Park vs. Rush is scheduled to happen tomorrow night on CMLL Super Viernes. In the worCMLL Super Viernes Preview: Park vs. Rushs of Mike Francesca, it’s gonna be yoooge! So yoooge that it actually threatens to overshadow the rest of the card, which is pretty decent but not quite the level of quality we’ve had over the past month. Ah who cares; WE’RE GETTING LA PARK VS. RUSH! Onto the preview.

What to Expect: Wait a minute; WAIT A MINUTE! Am I seeing things? Is this an opening match that actually looks…good?

Mother of puss bucket miracles do exist. I mean I already knew that because Atlantis and Rey Bucanero had a decent match on Tuesday but this is something else. Not only could this match be good, it should be good. Akuma and Yago are terrific rudos and even better bases, which makes it a wonderful thing that CMLL put Robin and Super Astro Jr., two capable high flyers, on the other side. That always doesn’t equal success granted; all four guys will have to be motivated to deliver the goods AND CMLL will have to provide them enough time and leeway to get there. This isn’t Monday or Tuesday though; this is Friday in Arena Mexico with LA Park and Rush main eventing. I think these guys will be given a shot to show what they can do and don’t be surprised if they knock it out of the park.

Winners: For once I really like the technicos in the opener. It’s just one of those days I suppose. In any event Robin and Super Astro Jr. come away with the victory after three fun falls.

What to Expect: Man, talk about a downgrade from the opener to this match. It’s like going from watching Tessa Virtue and Scott Moir to watching two skaters that aren’t Tessa Virtue and Scott Moir. The only reason I’m even slightly intrigued is to see if Reyna Isis’ time in Japan has continued her slow and steady improvement. Otherwise this is just going to be her and Jarochita stuck in the middle of a battle between veteran luchadoras doing the same things they always do. Only worse because Estrellita will be there and unlike Marcela, Amapola and Dalys she cannot actually do anything outside of twirl around terribly while I wish for the merciful release of death.

Winners: Eh who cares? Wait; I have to because I’m doing this preview! Let’s just flip the Canadian Dollar to get this over with quick alright? Heads technicas, moose rudas…and its moose. The rudas win in three falls.

What to Expect: Can I just say that I’m utterly perplexed about Panther’s name change? Not the fact that he did it but the fact that he went from Panther to Black Panther months after Black Panther was in theaters! Come on dude; take advantage of the marketing synergy and all that noise. Now that I’ve gotten that gripe out of the way, let me rave about this match! It looks good doesn’t it? I don’t think I need to tell you at this point that all three Panthers are really, really good (even if Junior could get a little more flight on his crossbody off the ramp) and I certainly don’t need to tell you about the greatness that is Hechicero. The only weak links are Rojo and Pólvora and that’s only because a) El General does have a tendency to get banged up, b) I can’t recall the last time I saw Pólvora so he may have some rust and c) the other guys are super good! So yeah; this match should be finer than Yvonne Strahovski.

Winners: I’m liking the Panthers in this one. Blue Panther and Junior will snag the win for the team in fall three with dueling Nudo Laguneros after Black Panther nails a suicide dive on Hechicero. That’s right; once more (you open the door?) I’m going for that double Nudo Lagunero finish. I will get it right someday!

What to Expect: If CMLL pairs Atlantis and Bestia del Ring together and gives them only two five second sequences at the end of the second and third fall then this match could be something. Naturally Atlantis and Bestia will get half the match now that I’ve said that, neutering any chance Carístico, Stuka, Big Euf and the UG have at making this match special. Oh well; at least it’ll be fun for the five minutes those four get to do stuff.

Winners: A rarity; this match is too close to call, which means the Canadian Dollar is coming back! Heads technicos, moose rudos…MOOSE! GET OUT THE WAY! Had to do it sports fans. Bestia, Big Euf and the UG take it in three falls.

What to Expect: First there was Fenix. Then there was Rey Fenix. Then there was The King. Then there was “The King” Rey Fenix. And now we have King Phoenix because…I guess CMLL or Fenix really wanted to spell it right? All I know is that Fenix has so many names at this point that he might as well change his name to Mil Nombres (“A Thousand Names” for those who cannot put two and two together. Or who don’t speak Spanish). I suppose you could also say a man with a thousand names has no names, but El Hombre sin Nombre (“The Man with No Name”) has already been used by Máscara Sagrada and Clint Eastwood, and Fenix doesn’t strike me as a guy who follows in their footsteps. And seriously; how could you follow The Man with No Name. HE’S THE MAN WITH NO NAME! 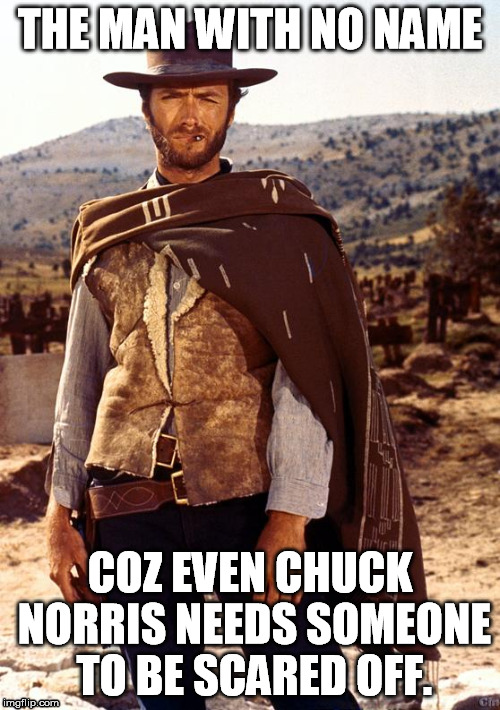 Anyways, this match feels like its one Mr. Niebla away from truly standing out. And that’s only because Niebla may show up in the same state Tom Cruise was in during the “galactically stupid” scene in A Few Good Men. If he’s good to go then this match should be too. You know Fenix will be trying his ass off, you know Volador is probably aching to do more than he’s been doing in the recent LA Park-Rush trios matches and Cavernario and Negro Casas are the perfect rudos to play off them. I suppose you could argue Hijo de LA Park is a question mark but I’ve seen enough to know he can do stuff and both Cav and Casas will be the best dance partners he’s had after weeks of Bestia del Ring and Mephisto. There’s no reason at all this shouldn’t be the second best match of the night, unless you’re just that annoyed with Fenix now being King Phoenix.

What to Expect: And so here we are sports fans. It’s the big one; the showstopper; the headliner; the main event. A fight to the death, mano a mano, MAN TO MAN! It’s the biggest match CMLL may run all year…until these two do it again in September with Park’s mask and Rush’s hair on the line.

So what can you expect? I’ll tell you what; GREATNESS! In the last month of trios matches featuring Rush and LA Park not a single one has been bad. In fact the first one is, to this point, one of the three best matches I’ve seen this year. Now we’re merely removing Flyer, Hijo de LA Park, Volador, Bestia del Ring, Terrible, Cibernetico and Fenix from the equation and just letting Park and Rush do their thing. They do it well; I cannot recall a single one on one match these two have had that didn’t live up to expectations, and it’s common knowledge that several of their encounters have been classics. Will this rise up to classic status? It may. I’m not sure how much Park or Rush will want to dish out knowing there’s likely another encounter between the two coming down the road and I can guarantee CMLL is terrified of these two going off script in any shape or form. But even if it’s not quite what the Aniversario match may be, there’s no reason to think this match will be anything less than a super fun, super good demolition derby of epic proportions. Bring on the chaos!

And scene. That’s all sports fans; I shall return tomorrow night for a live review of this show. It’s going to be something else; just a funny feeling I have. Till then, THIS! 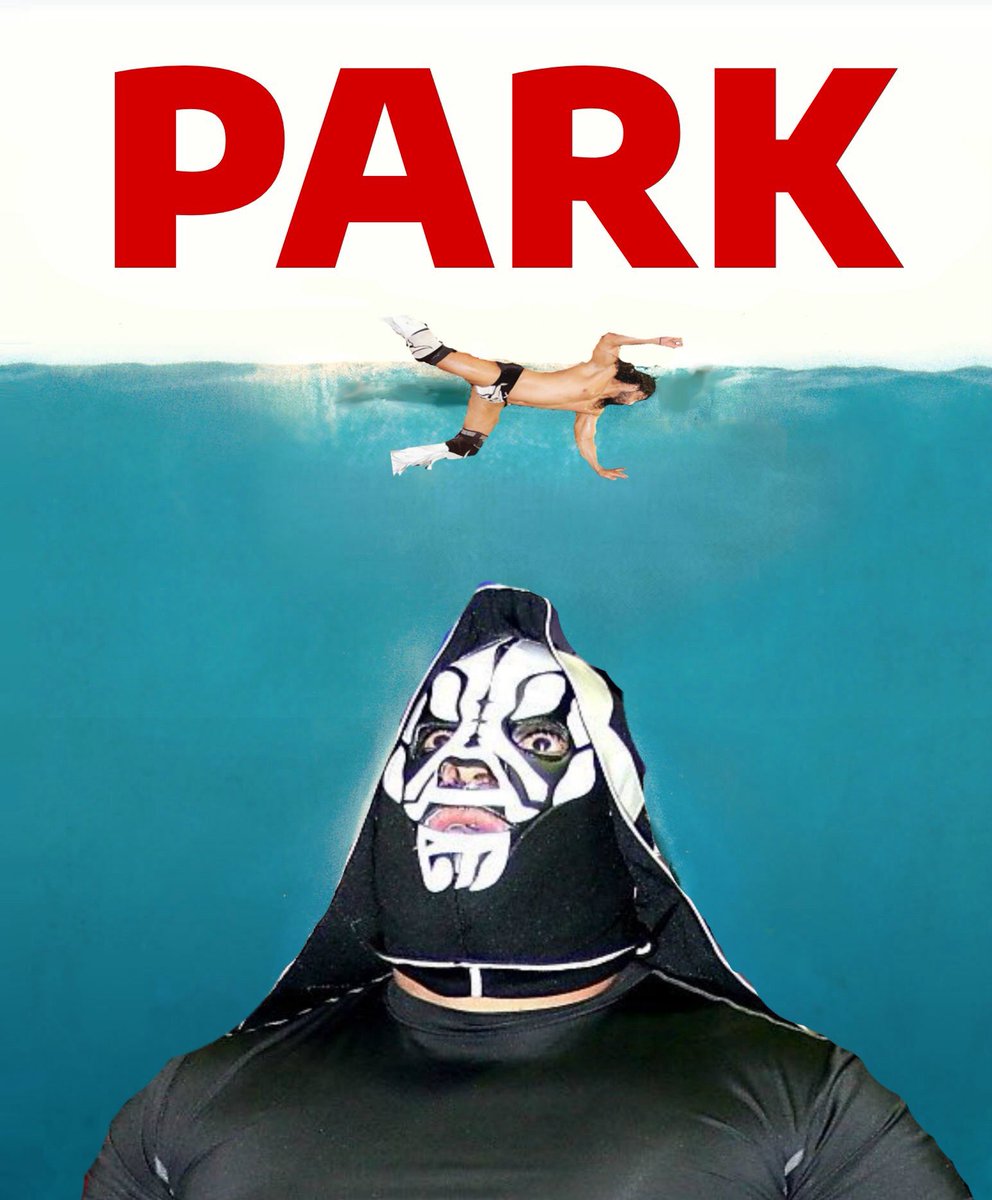 Breaking News: Konnan Returns to the Ring for MLW