This Friday night might bring us a rarity these days sports fans; a good CMLL Super Viernes show. It’s been awhile I know. It may not be any longer though thanks to the appearance of one Tetsuya Naito, the Los Ingobernables de Japon member (and guy who had his career saved by a stint in CMLL) who is returning to team with good buddies Rush and Terrible. With him comes a few New Japan officials, and with them brings an effort from the CMLL luchadores (and bookers) to impress them. Add that all together and the effort level will be high both backstage and in the ring, making it extremely likely that this will be a strong CMLL show. And with that, let’s begin the preview!

What to Expect: On the one hand, the fact that there will be a New Japan presence at this show likely means the effort will be up for these matches, including this one. On the other hand…couldn’t CMLL have picked a better technico duo than Pegasso and Stigma? They’re fine as the number three guy on a trios team but as the guys expected to bring the most excitement…boy I don’t know. Like I said though, the effort level will be up and Akuma and Disturbio are both capable, so if nothing else this will be one of the more respectable CMLL openers this year. Of course I keep saying that and keep being wrong so don’t discount a potential train wreck here either.

Winners: Akuma and Disturbio take it in three falls.

What to Expect: This match is worth watching simply because you know New Japan officials are going to look at Drone and say to each other “isn’t that the guy who was wasted at one of our shows last year?” Even beyond that though this match looks promising. The rudo team is a strong one with Tiger, Virus and the ever improving Kawato (who will be trying really hard with his future employers there), Drone remains a very capable luchador and the Panthers are as consistent an act you’ll find on this part of CMLL’s card. Well other than that brief stretch where Black Panther seemed to give up on life; otherwise he’s really good all the time! It’ll depend on how much they’re allowed to do but this has the potential to be a really fun match. If nothing else we’ll get to see Junior do a ton of Backbreakers and good Grodd he’s great at those.

Winners: I like the technicos in this one. They take it in three after Drone hits a dive on Virus while Panther and Junior tap out Kawato and Tiger with dueling Nudo Laguneros right now. I finally predicted this correctly a few weeks ago so might as well go for the heat check.

What to Expect: Man, if only CMLL had replaced Esfinge with Audaz. And I guess Rey Rey Buc with…well any other rudo.

That’s legit all that’s separating us from a guaranteed really fun match sports fans. I say guaranteed because this may still find a way to be fun. Sure Rey Rey Buc and Felino are both on their last legs and Esfinge is exactly what most people think Flyer actually is. But Templario is great, Tritón (to me at least) is great and Flyer is coming off a strong performance this past Tuesday against Titán where he finally seemed to get out of his own head. If CMLL pairs him with Templario, allows Tritón to go nuts and keeps Esfinge and Rey Rey Buc at bay then this has a shot.

Winners: The rudos take this in three falls after Templario finishes off Flyer with an Avalanche Gutwrench Powerbomb.

What to Expect: They had me at Negro Casas sports fans. Yes everyone else in this match is really good or Mistico (occasionally very good, sometimes very silly) but they aren’t a 59 year old legend coming off an injury who looks re-energized, refocused and just as good as ever. You just know he’s going to have one or two awesome sequences with either Dragón Lee or Mistico in this match while the crowd goes ballistic chanting for him and it’s going to elevate this match something fierce. That all makes it easy on the other five luchadores to go do their thing, and we all know what guys like Lee, Titán, Cuatrero and Sansón are capable of at their best. There are no guarantees in life sports fans but if this match isn’t good then we might as well just put an end to lucha libre now. If nothing else it should be highly entertaining with a white hot crowd.

Winners: The general trend with these Casas matches is that he goes for La Casita on one of the technicos, they get out, try their own version, get it and steal the victory. I see no different result here, with Dragón Lee this time playing the role and getting the win in fall three for his team.

What to Expect: The reason for this match existing is quite simple; last week Forastero defeated Cavernario is a middling Lightning Match we’re all trying to forget and made a challenge for Cavernario’s Mexican National Light Heavyweight Championship that Cavernario accepted. And that, sports fans, is how Cav vs. Forastero II came to be.

The big question for this match is whether or not Cav and Forastero can improve on what happened last week. Let’s just say I hope so because that match was…yikes. It wasn’t the worst match in history but there was no doubt it was highly disappointing, and the culprit behind was, in my eyes, Forastero. The fact of the matter is that Cavernario, with the exception of one trios match against Fenix last year, doesn’t have bad performances. He’s not just one of the best, most consistent luchadores in CMLL, he’s one of the best in the world. So fair or not the blame for last week falls on Forastero, only I do think it’s fair; we’ve seen some great stuff from Forastero in trios matches but not so much in singles. There’s last week’s match and then two really disappointing Soberano Lightning Matches that stand out as black marks on Forastero’s resume. Frankly the only thing keeping Forastero from looking like a complete bust as a singles wrestler is a terrific Lightning Match with Audaz…and that’s Audaz; he could drag me and the cat I’m cat sitting right now to a great match (then again, so should Cavernario and Soberano). The one thing you can argue in Forastero’s defense is that all those bouts were Lightning Matches. We haven’t seen what he can do in a standard three fall CMLL match that may better fit his style (indeed, one of the issues with his Lightning Matches has been him working like the match was longer than it was instead of getting into the action). Never the less all eyes will be on him here. Cavernario has nothing to prove at this point, but Forastero has to show that he can put on the same sort of performance his cousins Cuatrero and Sansón have delivered in the big stage. The title really isn’t that important here, but the ramifications going forward for Forastero are. I could see him coming up really big or really small; either way I can’t wait to see what happens.

Winner: Cavernario retains in three falls, finishing Forastero off with La Cavernaria deep into the match.

What to Expect: The true Los Ingobernables lineup rides again! Get your masks and cool suits in order.

Yes sports fans; in case you didn’t already believe it from me telling you at the beginning at the preview or looking at the poster, Tetsuya Naito is back for a special appearance in Arena Mexico. Please Grodd may it go better than the last time. That last time was in August, when Naito looked poised to follow Kazuchika Okada in having a really fun match in Arena Mexico…only his match, one that had Naito team with BUSHI and Rush to take on Volador Jr., Diamante Azul and LA Park, was shipwrecked by CMLL’s dumb decision to cancel Park vs. Rush in favor of Volador/Matt Taven vs. Rush/Cavernario. That and a poorly lay out nuked the match, helping to contribute to a slide CMLL has been stuck in ever since (in fairness, they were stuck in it prior to this). The good news is that CMLL doesn’t have any of that bullshit hanging over this match up (nor do they have Diamante Azul hanging around); it’s just a standard trios match that Naito happens to be in, alongside Terrible and Rush as they take on Carístico, Valiente and Volador. It has all the makings of being the kind of exhibition match Okada had (and starred in) last summer, and that’s a great thing. As stated before, there are no guarantees in life. But with nothing to hold this match back and a great cast of technicos to work with, it should allow Naito to have some fun and for this match to really standout. There will be stiff competition, but there’s a good chance this good be the best match on this show.

Winners: Los Ingobernables stands tall in the end, with Naito getting the victory over Volador or Valiente with Destino in fall three.

That’s game sports fans. I’ll see you all tomorrow for a review of this show. Until then, don’t you have some Lucha Madness to be voting on?! 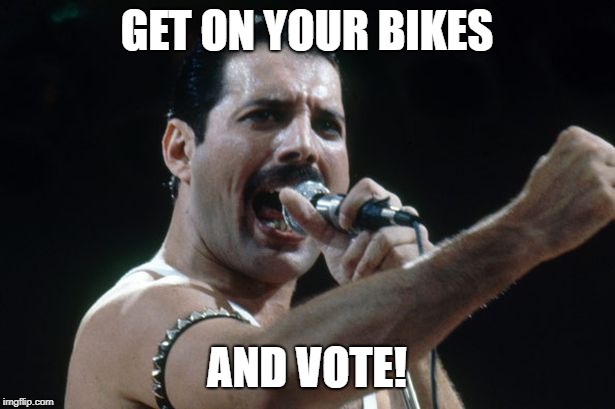