We’re not going to have much of an intro for this one sports fans. It’s for the best; big things happened at the end of this show and you’re better off not even having an inkling of what they are until we get there. For now just know this; the first four matches of this show ranged from okay to “WHY?! WHY WOULD YOU DO THIS?!”, while the main event and its aftermath were the lucha equivalent of Buffy the Vampire Slayer, Season Two. And with that let’s get down to brass tacks, with the final Seymour battle music from Final Fantasy X ringing in our ears. It’s catchy, trust me.

Somehow this was better than I expected and yet exactly what I expected; mediocre. I’m not sure how that works either. All I know is that Lestat and Tigre Rojo were really, really good in this match; both guys gave a great effort, both looked explosive and they were breaking stuff out like standing moonsaults off the apron (which they missed but hey, points for effort) and Super Rana’s. They’re super good. The problem is that everyone else was super bad and since Lestat and Rojo only got about five minutes of offense, the match was a combination of Black Tiger proving unworthy of his name, King Jaguar and Policeman cruising the vistas and El Malayo getting a lot of offense. If only it was good! So yeah; good stuff from Lestat and Tigre Rojo + putrid stuff from everyone else = your average CMLL opening match. Man can you imagine if Rojo, Lestat and fellow Puebla prisoner Rey Samuray ever got a shot elsewhere? Try doing it; it’ll help you get through matches like these easier!

In the first fall, Tiffany came into the ring to meet Kaho Kobayashi in a sequence where Kobayashi moved like The Flash while Tiffany impersonated that Tom Tucker gif. That whole sequence pretty much summed up the whole match; the technicas were fast, the rudas (other than Zeuxis) were slow and as such the match didn’t work. Of course it didn’t help that Zeuxis seemed to only get sequences at the beginning and end, which meant so much Tiffany and Comandante. That’s like having Meryl Streep in your movie and making her play supporting part to Jessica Alba and the dude from Bucky Larson: Born to Be a Star. Throw in Vaquerita replacing Sanely (a downgrade) and it quickly became clear this match was hopeless other than when Zeuxis was kneeing people in the face and Kobayashi was allowed to run wild. In other words, we got two good minutes! Hey, that’s better than what Arkángel de la Muerte is giving us these days. 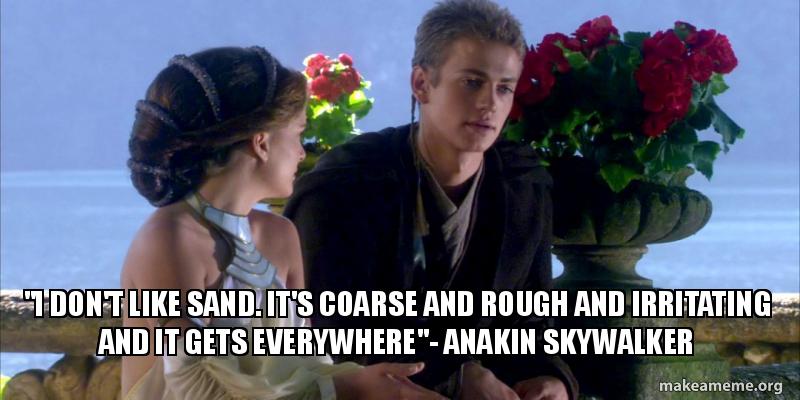 As expected CMLL decided to focus a lot on Ángel de Oro and Máscara Año 2000 because…who the hell knows? It thus led to a lot of them brawling on the floor while Pólvora/Universo and Esfinge/Stigma battled in the ring to semi-exciting action through the first two falls, before 2000 and Oro returned in the third so Oro could grab the win via controversial roll up. Nothing out of the ordinary in the slightest, but it was simple, it got the crowd involved and I actually thought Oro and 2000 did pretty good together considering how weird a pairing it was. The fact that they didn’t set up a singles match between the two for next week was an even greater bonus. You just wish you had better technicos in there than Esfinge and Stigma; neither guy was bad, but they were as by the numbers as they came and gave Pólvora and Universo Jr. nothing to work with. Well other than Universo getting to catch a few Stigma dives because OF COURSE STIGMA GOT TO DIVE TWICE! Nepotism is one hell of a drug ain’t it? Put two other luchadores in their place and this match might have something. Instead it was better than expected, but still just kind of there at the end of all things.

Compared to the matches preceding it this was the first half of Gone with the Wind. Unfortunately, the match was overall very much the second half of Gone with the Wind; a few moments of promise that otherwise didn’t live up. I think it mostly had to do with the fact that we were in Puebla and well, that’s where good matches go to snooze. Not that these six didn’t try; with what they did I thought there was good effort, if not quite the same they would give in Arena Mexico. They merely decided to channel that energy into a basic match; rudos control the first fall, technicos take control late in fall two, lots of one on one sequences in the third fall before Sansón pulled off Dragón Lee’s mask to end it. There’s nothing wrong with that, but when you have teams like the NGD and this technico team I would’ve expected a bit more speed. We didn’t get that, and as a result it was a solid, slow and not nearly as exciting match as it could’ve been. Unfortunate. If the ending is anything to go by, hopefully we’ll get another chance to see these teams strut their stuff and go faster

I legit cannot believe what is about to happen. Only CMLL could have a show that was so…so-so for the first four matches, only to come back with a main event that forces me to break out the Batman: The Animated Series gif once again.

First things first, let’s begin with the match. I’m certain no one will confuse this with some of the classics the Sky Team has had with the Guerreros, but just because a match isn’t a classic doesn’t mean it isn’t super chill. And this match was the definition of chill. The crowd was white hot for all six guys and they rewarded them with a spirited effort that produced a very exciting match, even if the guys didn’t hit their most exciting moves. But then again why would you if you’re Valiente and you look like a rocket when you’re nailing suicide dives, amirite? Stuff like that, Volador’s top rope rana (smooth as silk was that bad boy), the Guerreros being ever the consistent force and of course, the Carístico-Mistico interactions made this must see stuff. I was convinced even as Mistico submitted Carístico with La Mistica to end the match that this was one of the better matches we’d see in Puebla all year…then the post match happened, revealing this huge match was also a tool to set up an even bigger match and HOLY SHIT GUYS, I THINK WE MAY ACTUALLY BE GETTING CARÍSTICO VS. MISTICO NEXT WEEK!

Leave it to CMLL to overshadow their main event with the promise of an even bigger main event next week. And it sure seems we’re going to get Carístico-Mistico in Puebla; the post match featured all the clues, from Carístico making the challenge to Mistico responding with an attack and an unmasking. Certainly CMLL could find a way out of it and perhaps they will, which would make sense because it’s hard for me to believe CMLL would actually set up one of the three biggest matches they have to headline a random Puebla show over a huge Arena Mexico show. But everything was there, from Carístico submitting to his own move to the challenge and mask tear. So for now I can only assume that this time next week you’ll be sitting here reading my review of Carístico vs. Mistico, a match CMLL has teased a whole lot recently and a match I thought would happen, only I kind of didn’t think it would happen! Mother of Grodd I’m getting goosebumps just thinking about it right now sports fans. As such, how can I describe this match as anything other than an unqualified success? It would’ve been anyway as the match was really strong. But that combined with what the post match gave us and what we’re probably getting next week puts things over the top. What a great way for CMLL to end the show and, ultimately, save the show. Wowzer…you’re damn right I just quoted Inspector Gadget. I won’t do it next time…NEXT TIME (cat meows evilly)!

I don’t know about you sports fans but I need a glass of water. I’m going to go get that while you wait anxiously for tomorrow for my review of the Tuesday show. Till then, a look at the last time two guys with the same gimmick wrestled each other.