It’s a special kind of show sports fans, what with CMLL celebrating the 62nd Anniversary of Arena Mexico and all. With that in mind the kind overlords of Lucha Central have asked me to break out the live review for this show, and I was only too happy to accept the challenge. So whether you’re watching the show (which you can by clicking here or here) and just want instant reactions to the matches or are unable to watch and want a look at what you’re missing, I’ll be here keeping track of the whole damn thing. Let’s hope CMLL gives us something to remember, and not in a “tripping while running to the ring and sliding under the ring” kind of way. Sorry Titus O’Neil. And with that let’s begin!

If you ever need proof that a match can recover from an iffy start, this was it. For some reason CMLL decided against pairing Virus and Audaz together and instead put the upstart technico with Tiger. The two have hardly worked together and it showed, as two Audaz spots that would’ve gone right under normal circumstances (including a Dragonrana attempt) ended up going wrong due to Tiger being in the wrong place at the wrong time. That would’ve derailed a regular match; luckily that wasn’t that. I thought everything these guys did from those spots on went quite smoothly, with Audaz regaining his composure in the third fall for some great rana’s and his trademark arm bar, while Tritón and Drone were on point the whole match (Drone even took a death bump when Okumura pushed him off the top rope!). Tiger regained form too and looked a lot better with Audaz after the first fall, while Virus provided some thrilling work with all three technicos in fall three and Okumura did his usual solid work. The first fall not going as smoothly as possible did knock this match down a peg, the lack of Virus and Audaz working together was jarring and they didn’t do as much spectacular stuff as you’d expect. But it was still a really strong match overall and if Audaz and Tiger had been on the same page…holy shit! I’m sure everyone will be just fine with a really good opener though, especially since the right team won.

CMLL is 2 for 2 thus far tonight; unfortunately it’s 2 for 2 in matches not living up to their potential. I don’t mean to make this sound like a bad match because it wasn’t. In fact overall I found it to be quite good. It wasn’t as good as it could’ve been however. Part of that is because CMLL didn’t give the guys enough time to do anything other than Titán and Soberano’s awesome synchronized stage dive and Soberano briefly taking control of the third fall with a Fosbury Flop. Otherwise it was a lot of Dinamitas offense, which was good but strangely not as crisp as it usually was. Throw in the lack of a really hot final stretch due to CMLL going with a surprise finish of Cuatrero catching a Titán moonsault and turning it into the reverse bear hug and…I don’t know, I just wasn’t feeling the match as much as I expected going in. It wasn’t bad by any stretch of the imagination; it just wasn’t what it could’ve be. Hot damn, now I know how WWE fans feel every time they watch AJ Styles wrestle Nakamura these days!

In the words of…whoever that announcer was when Kirk Gibson hit that home run against the A’s, I don’t believe what I just saw! This match…this match was good. IT WAS GOOD!

You’ll have to forgive me as I’m still trying to process a world where Princesa Sugehit vs. Seductora was an actual good match. This coming after a buildup that was as lifeless as the Cleveland Cavaliers in Indiana tonight and a career long look at Seductora that showed no signs of her being able to wrestle. Boy were we wrong. Seductora tried her heart out in this match, Sugehit tried her heart out in this match and, perhaps most importantly, CMLL put them in a position to succeed. There was some high flying in this match but for the most part it was built around brawling, submissions, submission transitions, more brawling and crowd heat. It played to both luchadoras’ strengths and thus the match, somehow, became something to behold. Note that it never became a great match; there was only so much Seductora could do given that she still is La Seductora. But anyone who watched this and didn’t come out of it far more impressed than they thought just doesn’t want to admit it. I enjoyed this match greatly, I thought it was the best performance I’ve ever seen from Sugehit and I especially thought it was Seductora’s magna opus. Props to both of them for stepping up and for CMLL putting them in a position to succeed. What else can I say; it was a surprise hit, and that was before Seductora got the hair cut!

Unlike the first three matches, this went exactly as I expected. Good thing I expected it to be decent! There wasn’t nearly enough flash to make this a surprisingly good match like the previous bout, but the match featured a strong effort from all six guys, CMLL wisely putting Rey Rey Buc in the background (I’m not sure he had much, if any, offense in this match) and a whole lot of Hechicero. And what do you, Hechi wrestled this match like it was a big show and delivered an outstanding performance, from a beautiful Mad Scientist Bomb in the first fall all the way to taking Diamante Azul’s senton off the ramp in the third fall. I just wish he had gotten more time with Niebla Roja, who looked sharp but was mostly stuck working Bucanero in his limited action. Oh well; you can’t get everything! A very solid match, though I’m not entirely sure why the rudos went over.

This match was completely and utterly batshit insane.

Holy shit. If ever a match summed up the experience of a two fall Rush match, this was it. Rush dominated the opening frame with some brawling before getting DQ’d for ripping Kráneo’s mask, and from there this descended into full blown chaos. Kráneo attempted a suicide dive, only to land on Rush’s ankle (which Rush sold beautifully). Mije had his mask ripped by Rush before proceeding to dive all over the place. Drinks were thrown. Referee Edgar was threatened more times than the main character in a comic book film. Low blows were attempted and dished out. It was such a Rush match that I was half expecting LA Park to appear in the crowd to smash him with a chair, an action that I’m pretty sure would’ve broken the lucha twitter community. It didn’t happen but it frankly didn’t need to considering how much bang we got for our buck. By no means would I say this was a great match but it was without a doubt entertaining, with a motivated Rush delivering the kind of performance only he could and Kráneo filling the role of poor man’s LA Park really well. I just hope this is the end of it and that CMLL is fine with Kráneo getting a big win and moving on. I like Kráneo just fine and his effort tonight was terrific, but he’s better off stepping aside to give someone else this spot while Rush should have much more important things to do going forward. Knowing CMLL this means this will be headlining the Aniversario while LA Park rants and raves on social media come September.

And…that’s it! CMLL evidently had problems with their stream everywhere so the main event is thus not available for the next hour. Thus we have unfortunately come to an abrupt end. Fear not though sports fans for I shall return soon with a special column that was supposed to be today, only I couldn’t put the idea together effectively. So maybe tomorrow! If CMLL makes the full main event available later tonight then I’ll be sure to include my thoughts here as well. Till whatever comes first, THIS! 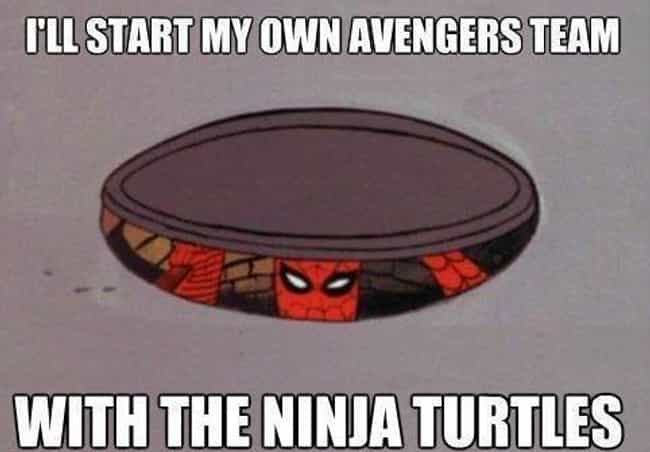