There’s a brand new player in the world of lucha libre sports fans. Nacion Lucha Libre, a promotion headed by luchador Alberto El Patron, launched today after an inaugural press conference at 12 p.m. EST. The promotion unveiled much of their roster and announced they will be holding their first show on July 11th at Sala de Armas in Mexico City. The show, and future Nacion Lucha Libre shows, will subsequently air on Mexico’s ImageTV on Saturday’s from 10:30 p.m. CST to midnight; the first show will air July 13th, two days after the promotion’s inaugural show. 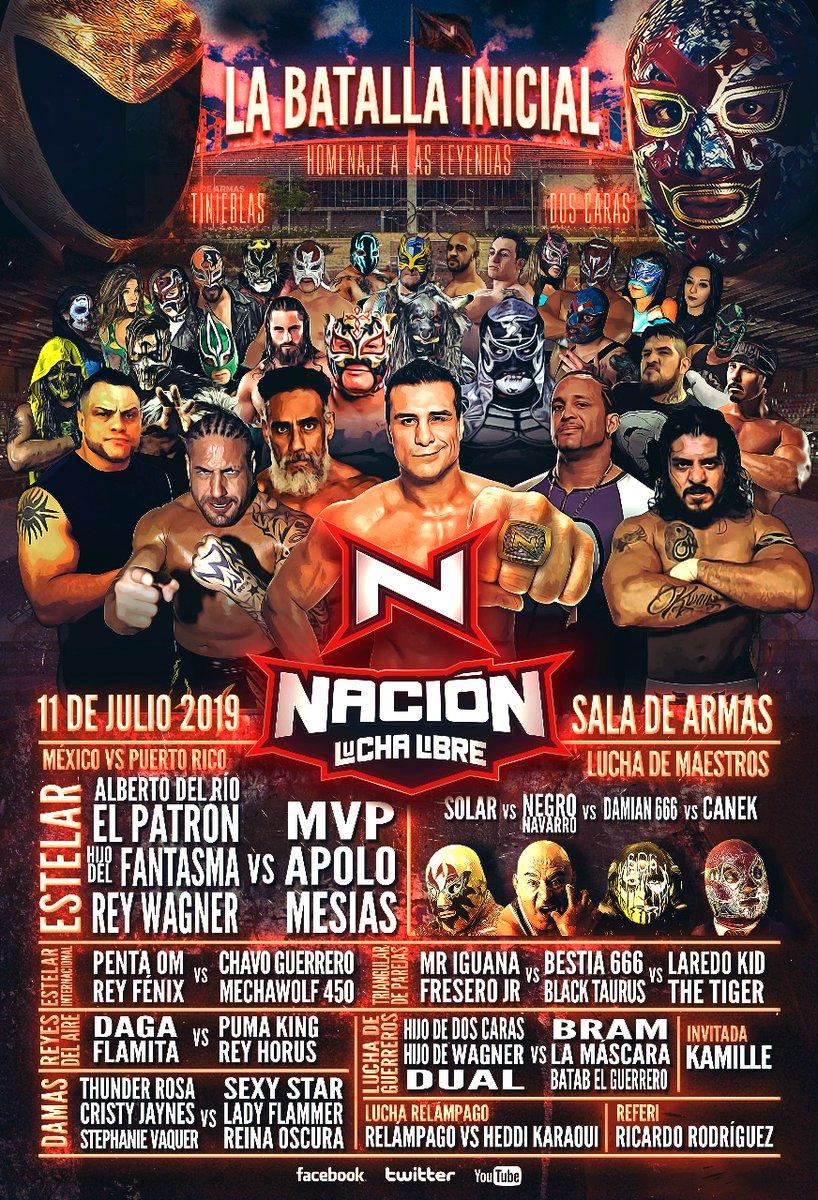 The debut show will consist of eight matches, as well as appearances by legends Dos Caras and Tiniebles. The main event will be a  Mexico vs. Puerto Rico clash where El Patron teams with El Hijo del Fantasma and Dr. Wagner Jr. (billed as Rey Wagner) to take on Apolo, El Mesias and MVP (who is apparently Puerto Rican!). Other matches include a four way battle of legends between Damian 666, El Solar, Negro Navarro and El Canek, the Lucha Brothers (Penta El Zero M and Rey Fenix) battling Mecha Wolf 450 and Chavo Guerrero Jr., Mr. Iguana and Fresero Jr. vs. Bestia 666 and Black Taurus vs. Laredo Kid and The Tiger in three way tag team action, Daga and Flamita taking on Puma King and Rey Horus and much more. The press conference also set up a feud between former Lucha Underground star Sexy Star and Kamille Kaine, best known as the valet for NWA World Champion Nick Aldis. No word on when that match will take place.