There aren’t many things that would make me willingly miss an AAA show this year sports fans. Last night featured one of those things in the form of AEW Full Gear, a show that was tremendous and featured one of my favorite matches of all time. Even still I couldn’t help but wonder if I made a mistake not checking out AAA live. Having it watched it throughout today I can safely say I made the right decision. This wasn’t a terrible AAA show; in fact I’d say it was borderline good. It was also nonessential AAA, with little movement and no must see matches, a rare occurrence for the promotion this year. Still every show deserves a review, and I’ve come to deliver it.

This match could’ve fit in perfectly on AEW’s Full Gear show; the crowd was comatose and the action was absolutely nuts! In other words it was an AAA opener I suppose. The only thing I didn’t really love about it was the weird camera cuts AAA used to film it; we’d go from a wide shot to them all of a sudden zooming in at weird moments, making the action occasionally off putting. Right after that though you had Mr. Iguana either doing something excitingly silly or Komander doing something exciting. Holy shit that kid is good; he did a Shooting Star to the floor where he got so much air it felt like he was auditioning for the X-Games, and then moments later he almost topped it with an incredible tornillo. Surely AAA can find another minis gimmick so Komander can be around all the time. He was sensational, and he got great backing from the always entertaining Iguana and a game Parkita Negra and Mini Psycho, the latter whom looked far more comfortable in this match than he did a week ago. Yet another AAA opener worth your time.

I’m not joking; this went on for awhile sports fans! We had Konnan, Killer Kross, Blue Demon Jr. and Villano III Jr. come out, followed by Konnan and Kross both cutting promos (Kross wants Pentagon, Fenix and the Mega Championship) before they gave the mic to Demon and Villano. This brought out Dr. Wagner Jr., leading to more talking and me rolling my eyes until Villano III Jr. finally got the mic. It’s very clear AAA had him out there both to rub shoulders with some top rudos and to get some words in at Wagner, which is a good thing because Villano III Jr. has massive star potential and this shows AAA knows it. Now if only they could’ve proved this with a segment that didn’t run on for forever. If wasn’t terrible and it did what it needed to do, but it could’ve done that with five fewer minutes I felt.

With the exception of us finding out who Big Mami’s new partner is, this match went exactly as we all thought. And hey; maybe Laredo Boy will end up being Big Mami’s partner. I wouldn’t bet my Batman bobblehead on it but stranger things have happened, like there being a Laredo Boy to begin with or Laredo Boy being actually older than Laredo Kid.

But seriously; this was a fun, solid match. It wasn’t anything revolutionary and I wish Keyra and Laredo Boy had clicked a bit better, but it wasn’t anything that hindered my enjoyment. In the end the whole point of this match was to continue Big Mami-Lady Maravilla story while giving the others something to do. The second part happened, and I was in particular happy to see Bengala and Último Maldito branch out a bit by working with others instead of sticking with each other, and both came off very strong (with Bengala having the spot of the match with his Spanish Fly to the floor). The first part could’ve used a bit more, but in the end we got plenty of Mami-Maravilla spots, Mami got some revenge with the victory and we all know the revelation of Mami’s partner is coming at some point. So yeah; this could’ve been a better time, but it was still a good time.

This was a tale of two halves sports fans. The first half of this match RULED! Dinastia and Arez were once again excellent together, Lady Shani and Arez had a sequence of events that I found sensational, La Hiedra and Shani were on the money; I was honestly thinking we were on our way to something special. Then there was a brief sequence where things kind of fell apart (let’s just say Hamburguesa was supposed to catch Dinastia on something and didn’t) and the match settled into being fine instead of really good. Not that that’s the worst thing in the world mind you; we still got plenty of Arez (who is slowly rising up the “best luchador alive” list), both Hiedra and Shani looked great throughout and Hamburguesa once again did a great job getting the crowd involved. Unfortunately it wasn’t Dinastia’s best night (his first iffy performance in a bit) and Villano III Jr., for all the focus he got in that long talking segment, was kind of a nonfactor. Throw in the smooth work disappearing after the early stages and this was another match that was solid, but felt like it should’ve been a bit better.

Stop the presses; these two teams had an awesome match! Surely a development no one could’ve seen coming I know. Also, and maybe it’s just me, but I think Hijo del Vikingo may be approaching that 100% healthy mark. I’ll let you judge based on this gif.

So yeah; this was just another day at the office for these six. It was actually one of the tamer matches these two sides have probably had and that’s just fine because Poder del Norte and Los Jinetes del Aire (with Flamita in the Myzteziz/Laredo Kid role) can have a great match without going batshit insane. That’s what this match was and mind you it did feature some bat shit insane stuff. Only Vikingo would be willing to do a dive to nowhere that then ends with him taking a chair to the dome. In between that we got some great Astro whips from the technicos, yet another strong Octagón Jr. performance and Poder del Norte doing what Poder del Norte does best. The only things I didn’t really like was Vikingo having a slight slip up on a tricky move early (he recovered nicely) and Tito Santana trying a Volador Spiral. Tito…dude, you don’t need to do Volador Spirals! That’s like asking Shaq to shoot from three. That aside this was easily the strongest match to this point on the show and I liked the result as it means we’ll be getting more Poder del Norte vs. Los Jinetes del Aire down the road. You can never go wrong with a matchup like that.

I don’t know if I was in a mood or something while watching this match but this came off more as “fine” than it did “good” to me. Part of that is because the finish seemed to get messed up (which became even more notable when they redid it a few minutes later) and because Taurus, easily the best guy in this match besides Aerostar, seemed to just be background noise. The way that guy has been working recently he should always be somewhat in focus. It also didn’t help that Murder Clown’s high flying offense didn’t seem to be as on point tonight, culminating in a moment where he nearly landed on his head going for the tope con hilo. That stuff was enough to take me out of the match enough to prevent this from being good. It wasn’t a disaster though; the Aerostar/Monsther Clown stuff was easily the highlight of the match, La Hiedra interfering on Taurus’ behalf was a lot of fun (amazing how Los Mercenarios is always more fun when they bring Hiedra out for their matches), Killer Kross was solid and the returning Nicho el Millionario had a strong performance with a really good dive. There was certainly stuff to like here, just not enough to make the match essential.

There were two things I absolutely loved about this match. First was Dr. Wagner Jr., after winning the match, watching Psycho Clown get pummeled by Rey Escorpión and not doing a thing about it because it was promo time dammit! Classic Wagner. Second was Pagano, clearly emboldened by getting a match with LA Park and Rush of all people, shooting his shot in the most Pagano way possible.

Other than all of that this was your typical AAA main event; there was a lot of brawling, there were a lot of beers that died so they could be thrown in Psycho Clown’s face, there were weapons and there was a post match run in by a rudo (Killer Kross). None of it was bad, some of the Psycho Clown-Rey Escorpión stuff remains really good (can we please have this match already?!) and almost none of it was interesting or leading anywhere. And yet it was still better than most CMLL main events these days, which just goes to show you how far CMLL has fallen. An average main event to close out an average show.

That’s it for me sports fans. I’m off to watch Crazy Rich Asians yet again, then maybe book some OTT in TEW. TILL WE MEET AGAIN! 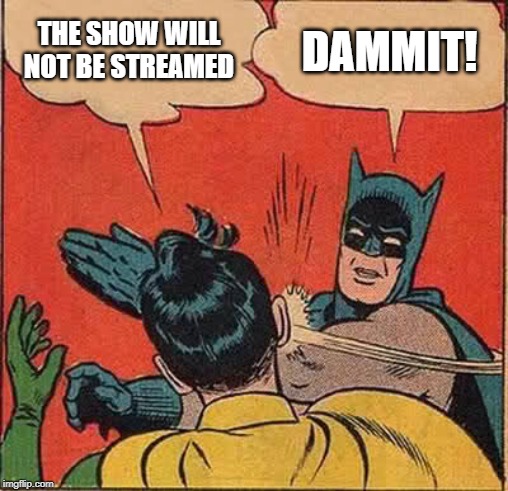