We’re making this intro short sports fans; Cult needs to eat! All you need to know is that AAA is back tomorrow for their second taping of 2019, last week’s taping was pretty putrid and this show looks far better. There’s no blow away match from where I’m standing but every match save for the “unofficial” Lucha Extrema tag match looks like it should be good, and that match may be enjoyable depending on your taste. And that’s the story of this show. Let’s preview it.

What to Expect: I’m excited about this match for two reasons. First, we have actual confirmation that Máscara de Bronce and Raptor are still alive. The last time I saw them, Castle was still on the air. Second, Australian Suicide and Jack Evans are here; one is coming off a great match just a month ago and the other was the co-MVP of Lucha Capital and is so good he’s having great matches in Hart Legacy Wrestling against a dude named Renegade. It doesn’t even matter what the other four do in this match; I’m not betting against Jack and Suicide right now.

Winners: Hiedra, Jack and Suicide win after Suicide hits that Sideways Shooting Star Press on Raptor, sending him back to extinction. See what I did there?

What to Expect: I guess Los Jinetes del Aire vs. Poder del Norte is the latest “AAA feud you thought was dead, only it’s not”, following in the footsteps of Poder del Norte vs. Los OGT’s. How is it Poder del Norte always gets caught up in this? The good news is that the two sides haven’t had a bad match yet and, even with Laredo Kid moving up the card this week, they have a good replacement in Hamburguesa, who will get the crowd going and do a few dives himself. Its possible AAA keeps this match too short (like they did the last time) but even if they do Vikingo and Myzteziz will find a way to deliver something new. And if they get the time, look out below.

What to Expect: It’s Drago’s first Latin American title defense and the first of two matches Drago is booked to be in on this show! He’s getting the Dolph Ziggler treatment; here’s hoping it works out better for him than Dolph Ziggler. 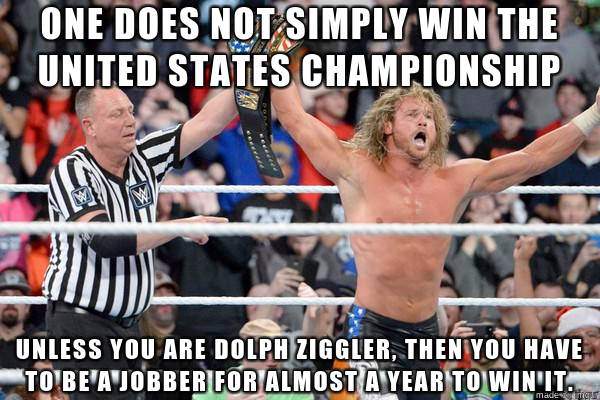 The one thing Drago can at least say is that this match should be quite good. He, Golden Magic and Parka Negra are all great workers on their best day and Argenis can have good moments himself, even if he’s generally the lucha equivalent of white bread. AAA does have a way of not always delivering with these kinds of promising matches, but these four should keep the pace going throughout and there will be many dives to keep everyone’s attention. It may not be great but it will definitely be solid at the worst.

Winner: Drago retains by rolling up Argenis in the Dragon’s Tail pin for the victory.

What to Expect: Remember when Lider and Pagano were wrestling against each other last week after teaming together for several weeks prior? I guess maybe Pagano bought Lider a box of chocolates and all was forgiven. Or maybe he just sent him this.

Here’s the good news sports fans; Cíclope and Miedo Extremo are legitimately good workers in any situation and this match will be Lucha Extrema, which means there will be a ton of spots that hide Pagano’s many, many flaws. At the end of the day it’s still Pagano though. He’ll try hard, he’ll bump gloriously and he may light himself and another dude on fire; none of which will change how sloppy his work is. So no matter what Lider, Cíclope or Extremo do, this will ultimately come down to how much hardcore wrestling you can stomach and how much Pagano you can stomach. To put it in simpler terms; like Cloud Atlas, you’ll either love this or hate this.

Winners: I have no idea if this feud is continuing or not so let’s call this TOO CLOSE TO CALL and bring out the coin. Heads technicos, Moose rudos…and it’s (*turns on Moose’s theme music*) MOOSE! MOOSE! MOOSE! MOOSE! Rudos win.

What to Expect: What do you know; Drago’s second appearance of the night looks almost as promising as his first, provided AAA does stick with him working two matches of course. Honestly, unless Fenix is making a surprise appearance on this show, I’d much prefer Drago working double duty as opposed to Impostor La Parka making an appearance. Even if Drago isn’t going to do much, it leaves plenty of work for the underrated Murder Clown and the red hot Laredo Kid against a top notch rudo group in Los OGT’s. Yet another match on this show that should be really good if all goes according to plan.

Winners: I know he lost the other day but Laredo Kid has been on such a roll that I have to think AAA is going to keep it going. Thus, look for him to pick up the W with a Laredo Fly on Super Fly, still the Zeppo Marx of Los OGT’s.

What to Expect: Wait a minute; WAIT A MINUTE HERE! Are my eyes deceiving me or is this an actual AAA main event that has a shot at being?! IT IS!

I was certain we wouldn’t be a good looking AAA main event until Triplemania, and even then I wasn’t sure! But here we are sports fans with a match featuring the always great Aerostar, the recently very exciting Psycho Clown and a rudo team consisting of at least two guys in Fantasma and Escorpión who are capable of great things. Even the weakest members of this match, Wagner and Monsther, shouldn’t be that big of a burden, especially after we’ve seen that Monsther can work well with Aerostar in their slow burning, likely Rey del Reyes headlining feud. This may not wind up being a great match but it doesn’t need to be; a good AAA main event will more than suffice at this point and this has a good chance. If nothing else it’ll give Aerostar a nice spotlight and Psycho two good opponents to work with all the time, as opposed to being stuck doing sequences with the Blue Demon’s, Jeff Jarrett’s and Electroshock’s of the world every five minutes.

Winners: This is definitely a rudo victory, with Monsther Clown cheating to beat Aerostar and then unmasking him in order to further build up that program. Forgive me Aerostar; no seriously, forgive me. I’m only predicting this now because I have you winning the eventual mask match.

And we’re done sports fans. I’m off to make dinner; after that it’s CMLL review time. TILL THEN!