It’s time! It’s time! It’s AAA Live Review time! Let the record show that I had a lengthier opening to this Live Review, but my brain isn’t working that well right now so I just settled with the old Vader Time joke. I blame this brain freeze on me still mourning the fact that LA Park vs. Rush is definitely not happening at the CMLL Aniversario. Why? Because CMLL that’s why. But this is not a time for sadness; it’s a time for live reviewing what looks to be an awesome show! Let’s get to it.

Holy Grodd. First off sports fans, the streak of good to great AAA openers did continue. Second, there were many moments I was worried it would not. This was not the smoothest match in the world, with a few slip ups here and there and nearly one major botch towards the end involving Angelikal. But that spot turned out to sum up the match; always on the verge of getting out of control, but at the last second finding its footing and getting the job done, just like Angelikal did as he slipped on the ropes and still found enough balance to hit an amazing tornillo. And that was just the end! Everyone got something cool to do, the pace was exactly what it needed to be and, again, while not everything went down smoothly these four still found a way to get the job done overall. A whole lot of fun and I would say a great match, though some of the slippery moments will likely prevent others from going as high.

Fenix and Vampiro Getting Pulverized

After a Jeff Jarrett video package where he revealed Karen Jarrett would be a Triplemania (oh…boy?), Konnan came out to cut a promo about how MAD was taking over the world and all that. Fenix then appeared to get in Konnan’s face and proclaim he was winning the AAA Mega Championship next week, which then prompted Hijo del Fantasma to come down. Turns out it was all a trap! Fantasma distracted Fenix long enough for Texano and Rey Escorpión down to lay the boots into him and even a save from Vampiro wasn’t enough as they soon triple teamed him as well, leading to Fantasma Cuerno Driving Vamp right on his neck. Fun stuff. I wouldn’t call this a revolutionary angle or anything but I liked it because a) it got decent heat on the rudos and sympathy onto Fenix going into his title match next Saturday and b) it allowed the crowd to cool down after that opener so they’d be hyped for the next match. Remember, AAA had issues earlier this year following high flying spectacles with another one immediately after, and giving the matches some breathing room from each other with this segment was a good call. So for that, I’d call it a success. Too bad it wasn’t for Fenix and Vamp!

This would’ve been a near perfect match if Vikingo and Arez had nailed their final spot. What was their final spot for those that weren’t watching? Oh nothing too big; just Arez attempting an apron Spanish Fly on a running Vikingo that instead ended with both men nearly dying. I went from being all “holy shit!” to “HOLY SHIT THEY’RE DEAD” in like a matter of seconds.

Even with that missed spot the match was awesome, and dare I say better and smoother than what we got in the opener. The pace was a little slower, but I thought it worked well as the match tried a more slow build approach, and it paid off once Vikingo started doing dives and Faby and Shani started brawling with each other. The only downside is that Faby and Shani, while really good, were completely overshadowed by Vikingo and Arez. Up until the final spot those two were magic together. Vikingo is just off the charts good at this point and has that Audaz like ability to make even dodges look amazing. And Arez, who was in need of a break out party, was there every step of the way to catch Vikingo (right until that last spot of course) and bust out some great stuff of his own, like an awesome hurricanrana counter into a powerbomb like move. Just tremendous, and if they had nailed that last spot we’d be raving about this match for years to come. Alas we will just be raving about it for the next day. Still a very strong match, and the pull apart brawl by Faby and Shani in the post match was really well done, different from the constant Taurus attacks and served as a nice preview for what should be a really great Apuesta match next Saturday.

My Grodd someone from AAA does read this column! I know this because this match was played completely straight and was absolutely awesome. The only thing it was missing was Taurus, who was oddly absent and replaced by Poder del Norte member Tito Santana. Santana was alright but you could tell he didn’t gel with Jack Evans and Parka Negra at all times and probably wasn’t as good as Taurus would’ve been. No matter because everyone else was good to exceptional. Argenis kind of existed (as he’s wont to do) but he didn’t screw anything up and his few big moves came off well. Puma King was great and looked right at home as a technico, a role he rarely plays. Parka Negra based and sold like a mad man and got some more build up for his feud with Hijo de LA Park after the match as his reward. Jack Evans was awesome, the perfect blend of basing and then getting his own aerial assaults off, including an amazing hurricanrana attempt towards the end that almost failed multiple times and yet somehow worked. In the end though the star was Golden Magic, who stole the show with some great dives and one unbelievable sequence in the middle part of the match where he looked to be on the level of guys like Vikingo, Audaz, Fenix, Soberano and Aerostar. He was so good it was somewhat disappointing when he finished the match off with just a normal plancha. I’ll forgive him though cause he was that off the chain the rest of the way. What else is there to say? Great match. The trend for this show appears right now to be the matches getting better and better as we go along.

This was a bit of a cool down sports fans. In terms of overall ring work it wasn’t that bad; hell it may have been the third best match on CMLL’s show yesterday. There just wasn’t any sizzle to it. What there was instead was a long rudo beat down to start the match, a not that fiery technico comeback, a ton of kissing and a Super Calo dive by Mamba right before Escorpión nailed Pimpi with a low blow for the DQ. Frankly the post match had more fire with Máscara coming out to brawl with Máximo and Parka Negra returning to try and get some revenge on Hijo de LA Park. Again, none of it was bad, but compared to the first three matches that featured so many spectacular moments this was a little underwhelming, especially when you know Hijo de LA Park could be flying around but isn’t in the right role to do so. I’ll be pretty stunned if this isn’t the most forgettable match on the show.

Sadly I was unable to see all this match as housekeeping concerns (remember, I’m dealing with leaking pipes at the place I’m dog sitting at) intervened. What I did see had me excited and terrified all at the same time. 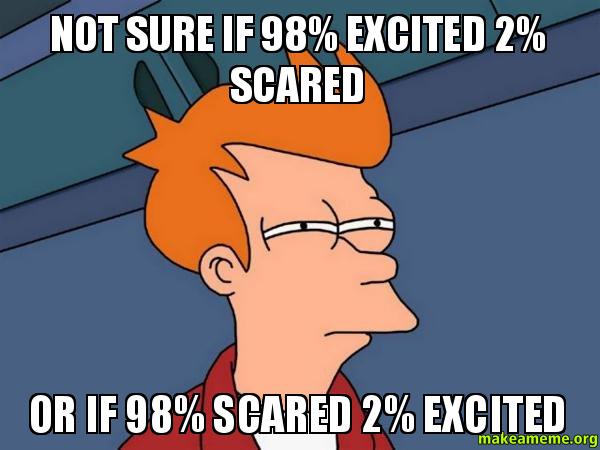 Seriously; I’m not sure if this was a really good car crash or a really bad attempt at a showcase match. I do know that Aerostar and Drago were “shockingly” the best parts of this match. Aerostar wasn’t breaking out new tricks but his old classics worked just fine, and Drago looked to be at least close to full strength with some pretty explosive sequences. They were the stars and everyone else was just kind of there or Pagano. I would’ve thought the OGT’s would’ve been more game, but they seemed to be giving a lower than usual effort and were at times were iffy on basing, most notably when Averno dropped Drago on his neck during a Code Red attempt. And Pagano…well he tried hard, tried some cool stuff and nearly impaled himself/broke his neck a combined two times. So I guess it was the usual night for him. It’s hard to fully judge because I missed some of this match and parts of it were very strong. I don’t know; it just didn’t seem to really stick out much outside of what Aerostar and Drago were doing. Decent, but could’ve been better.

Let the record show sports fans that the ending to this match, which was Hijo del Tirantes picking which guy to win after numerous fouls, was very rough. But my Grodd was the ride down a glorious sight to behold. It was as if the first two thirds of the match were the first half of the Johnny Gargano-Tommasso Ciampa feud and then the climax was like when Gargano just continually lost his title matches and ended up looking like the Buffalo Bills of wrestling. 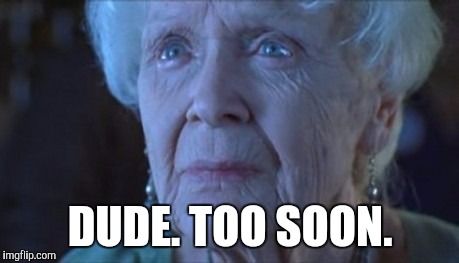 Back to this match. As I was saying, I loved everything till the ending. The story the match was telling was just terrific in my opinion, with LA Park and Dr. Wagner just destroying Psycho Clown while Fantasma, who hates Psycho and didn’t want to endure the wrath of Park, watched from the apron. That’s great character work by Fantasma, who has no reason to help Psycho, and that combined with how awesome Park and Wagner’s beat down was made it so much more impactful when Psycho finally made his comeback. And it was a hell of a comeback too. I am of the belief that Psycho is really good (though he’s a better big match performer than a night in, night out performer) but it cannot be denied there’s something different about him when he’s with Park. It’s as if, like Rush, he hits a whole other gear and finds potential in himself no one knew he had before. It’s great to see and it has me super stoked for the eventual Park vs. Psycho match whenever AAA gets around to it. And it’s also stuff that makes endings like what we got tonight bearable. Do I wish it had ended better? Sure. Do I wish Fantasma had a bit more to do? Absolutely. But he played the role he had perfectly, Wagner was solid and Park and Psycho were both excellent, leading to yet another enjoyable AAA main event.

And that was AAA’s go home show before Triplemania sports fans. I enjoyed myself overall. This wasn’t as good as some of the recent cards due to some sloppiness and Pagano being Pagano, but there was still a lot of fun stuff, some great performances and cool moments to make this a fun watch. Now we’ll see if AAA can top themselves next week for their biggest event of the year. For now though I will retreat into a puff of smoke and hopefully enjoy the rest of the weekend. TILL NEXT TIME! 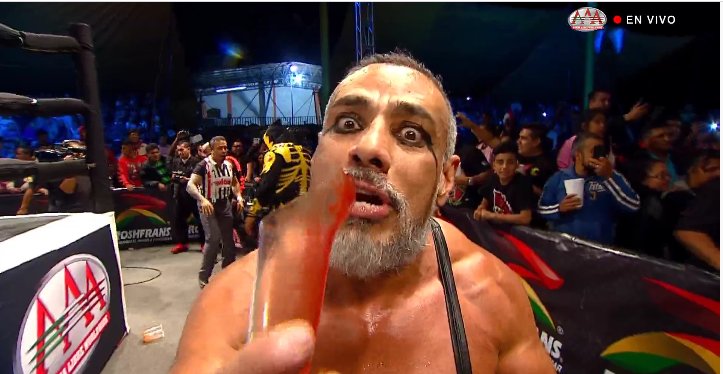 Kamille and her Invaders impose their law in Zacatecas